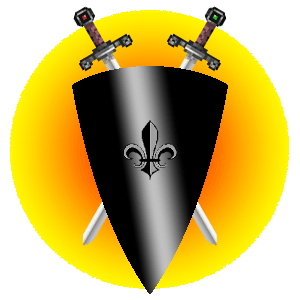 Welcome to the new section to the Arthurian Legends, which I’ve called the Songs of Deeds, however these legends are not related to King Arthur or to his knights or to the grail. This is the legend is about Charlemagne, the greatest king of the Franks and his legendary group of paladins.

The Song of Deeds or in French – chansons de geste – referred to a number of epics or narratives concerning the Frankish legends to the time of when Charlemagne and his son, ruled both France and Germany.

Charlemagne or Charles the Great, who was generally referred to as Charles I, king of the Franks. His kingdom included France, Belgium and the Lower Countries (Netherlands), formerly known as Gaul during the Roman Empire. But Charlemagne extended his kingdom, west of the Rhine that included much of what is now know as the modern Germany.

I have even included the legend of El Cid in the Songs of Deeds.

Although, the Songs of Deeds have nothing to do with King Arthur and the Knights of the Round Table, it is small enough to allow for comparison between the legends of Charlemagne and of Arthur.

Round Table and the Holy Grail
Manuscript illumination, c. 1400