Syria has a long and illustrious literary history. Adonis, the poet, is one of the most respected figures in the history of Middle Eastern poetry.

In this article, we look to why he is highly regarded, both in Syrian poetry and internationally.

Experts say he is one of the most significant Arabic-language poets of the modern era. He was a modernist movement leader in contemporary Arabic poetry and published his first volume of poems in 1950. His publications include twenty volumes of poetry and thirteen of criticism.

Was Adonis a Syrian Poet?

Adonis was born Ali Ahmad Said Asbar in 1930 in Al Qassabin, Latakia, in Northern Western Syria. He was the eldest of six children born to a family of farmers. His family couldn’t afford the cost of formal education, so his father taught his son to read. A young Adonis would frequently memorize poems as he worked on their family farm.

At age fourteen, Adonis recited a poem to Syria’s president during his visit to a neighboring town. This public presentation led to him getting a grant to attend school. With the president’s help, Adonis enrolled in a French high school and then to Damascus University, where he earned a BA in philosophy.

After being imprisoned in Syria in 1955, he escaped to Lebanon due to his political activities and membership in the Syrian National Socialist Party. He settled there in 1956 and later became a national of the country. He later emigrated to Paris in the 1960s, where he also studied.

Why Was In Prison?

Adonis went to jail for his membership in the Syrian Social Nationalist Party following Adnan al-Malki’s assassination, deputy chief of staff of the Syrian army officer, and an influential political figure. Led by Antoun Saadeh, the party had opposed the European colonization of Greater Syria.

The party advocated a secular, national approach that was not strictly Arabic. They believed in a progressive society governed by consensus, which provided equal rights to everyone regardless of ethnicity, gender, or sect.

What Poems did Adonis the Poet Write?

Adonis’ works include over 50 books of poetry, criticism, and translation.

Adonis is a renowned author of numerous collections of poetry, including Adonis: Selected Poems (2010, translated by Khaled Mattawa), Mihyar of Damascus: His Songs (2008), If Only the Sea Could Sleep (2002), and The Blood of Adonis (1971), which won the International Poetry Forum’s Syria-Lebanon Award. His most famous work is the seminal An Introduction to Arab Poetics (2003).

The turning point of Adonis’ poetry career came with the publication of The Songs of Mihyar the Damascene in 1961. In this work, he finally discovered the socio-political role of poetry, using a symbolic language of absence. Many people considered this to be his best poetic piece. In this era, his poetry became richer, experimental, and more complex. His 400-page Mufrad bi-Sighat al-Jam (Singular in the Plural Form) is considered his most complex work. The 1977 work is a renowned poem, but many critics denounce it for being too esoteric to most readers.

His radical vision of Arab history and culture is embodied in his most provocative work, al-Thabit wa al-Mutahawwil (The Static and the Changing). It studied the conventionalism and innovation of Arabic culture. This poem is often cited as hugely influential for the younger generation of Arab poets.

His works Zaman al-Shi’r (The Time of Poetry) and Sadmat al-Hadatha (The Shock of Modernity) are landmarks in the history of critical contemplation in the Arab world.

Unlike many traditional Arabic poems, Adonis the poet experiments with free verse variable meters. His prose poetry often deals with themes of exile and transformation, using a playful yet prophetic tone. His poetry also introduces elements of both European Modernism and Surrealism to Arabic poetry.

In a 2010 interview with Charles McGrath for the New York Times, Adonis explained, “I wanted to draw on Arab tradition and mythology without being tied to it,” adding, “I wanted to break the linearity of poetic text — to mess with it if you will. The poem is meant to be a network rather than a single rope of thought.”

Who is Ali Ahmad Said Esber?

Ali Ahmad Said Esber is the birth name of renowned Syrian poet Adonis. He has been professionally known as Adonis or Adunis (pronounced ah-doh-NEES) since he started writing as a teenager.

Adonis won the first-ever International Nâzim Hikmet Poetry Award. He also won the Norwegian Academy for Literature and Freedom of Expression’s Bjørnson Prize, the Highest Award of the International Poem Biennial in Brussels, and the Syria Lebanon Best Poet Award. He is a perennial contender for the Novel Prize in Literature, having been regularly nominated since 1988. He has yet to win the prize.

Why is he called Adonis?

When he was 17 years old when he adopted the name of the Greek fertility god Adonis. He wanted to alert the editors of his talents with such a grandiose name. His name stems from his love of pre-Islamic and pan-Mediterranean muses, something which he takes inspiration from in his writing.

He is a respected poet but often controversial. Adonis’ introduction of European literary conventions into Arabic verse was once met with resistance. As he continued to experiment with the style, his work was branded as esoteric and impenetrable.

However, his attacks on contemporary Arabic culture and poetry were far more controversial in the Middle East.

Adonis has referred to Arabic culture as ‘paralysis’ and famously suggested in the New York Times in 2002 that “there is no more culture in the Arab world. It’s finished, culturally speaking, we are a part of Western culture, but only as consumers, not creators.”

Yes. A young Adonis attended the local kuttab (a mosque-affiliated school). This school is where he learned to read the Quran and classical Arabic. His father also taught about the classic Arabic world as they worked on the farm together.

Although often praised for single-handedly modernizing Arabic poetry, he got expelled from the Arab Writers’ Union in 1995. This expulsion came two years after meeting the Israeli intellectuals’ delegation at a UNESCO-sponsored meeting in Granada, Spain.

This expulsion was too controversial and led to Hanna Minna and Saadallah Wannous, two of Syria’s most prominent poets, resigning from the union. In 1985, he taught for a semester at Georgetown University in the United States. He also taught Arabic poetry at the prestigious academic institution College de France. He later held a professorship at the University of Geneva, where he lectured on Arabic poetry.

Did He Start Any Poetry Journals?

Yes, Adonis’ career thrived after starting a poetry journal called the New Poetry. He also joined the poet Yusuf al-Khal in founding the avant-garde journal Shi’r (translated as Poetry). Its founding has been cited as playing a significant role in the development of Arabic poetry.

In 1968 he starred the equally influential but more culturally and politically oriented journal Mawaqif (translated as Situations), an avant-garde Arabic literary magazine.

Who are Some Syrian Poets I Should Know?

Poetry is just part of the rich literary tradition that makes up Syrian’s beautiful cultural history. Here are some other significant Syrian poets you should know about. Colette Khoury is noted for being one of the first Arabic writers to openly address themes of love and eroticism in her literary work. Her poetry attracted a large amount of controversy, mainly due to her strong female protagonists and sexual female fulfillment topics. In 2009, she was made Syria’s first-ever ambassador to Lebanon.

Nizar Qabbani is one of the most respected poets in Syria. His poetry, although romantic, deals with social issues and investigate Arab nationalism. He is also one of Syria’s most prominent progressive feminist voices.

The poet Adonis has had a long and illustrious career. Here is a breakdown of everything we have covered in the article. 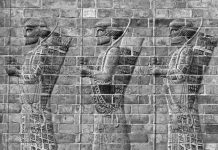 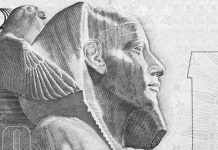 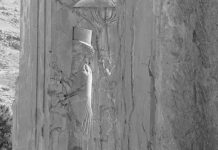