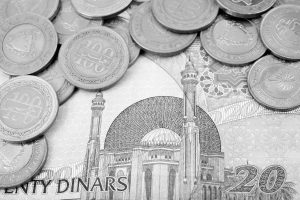 How much denarii cost nowadays really?

Let’s explore the history and unveil the mystery of this ancient currency that was introduced two millennia ago and how much it costs these days.

What Is a Denarius?

The dinar originated in Roman times, during which it was called “denarius.” Denarius or dinar is one of the most widely-known forms of currency in the Middle East and Northern Africa and is considered to be one of the most resilient currencies in the world.

The Roman Denarius came into existence as a gesture of pride and resistance against Hannibal during the Second Punic War; it was introduced in 211 BC during the rule of Gordian III. Denarius was derived from the Latin word “deni,” which means “containing ten,” because its value was 10 asses in reference to the value of 10 donkeys. It is composed of almost pure silver weighing about 4.2 grams.

The denarius became the main currency in ancient Rome. It was used not only in all Roman provinces but also in every place where the Romans were trading. It was independent of all other monetary systems.

During the 100 years after the Macedonian capture, it increased by 10-fold because of the rich silver deposits that were considered one of the most valuable yet accessible metals of its time. Silver is one of the most revered metals for the longest time, due to its shine and strength compared to copper or bronze. It has always been the second most preferred material after gold.

Money became in demand during that time, so the Romans had to produce millions of denarii every year. The need for constantly expanding administration and their territories made the sum of allowed denarii rise drastically each year.

It is said that under the administration of Augustus, they had spent 13 million denarii, which further rose to 19 million denarii during the middle of the second century AD. They had probably spent 5 to 15 million denarii for infrastructure projects, official buildings and streets, and crop donations. The Roman state raised a good sum of 130 to 140 million denarii.

This situation turned out fine because the Romans’ earnings balanced the expenses. However, if ever there were expensive amounts to settle, their options were taking special measures, such as contributing from their personal assets, auctioning expensive treasures from the palace, enforcing a non-recurring special tax, or lowering the silver content of the denarii, because the debt was not an alternative for them. There was no Roman emperor who attempted to acquire a loan.

Every denarius was produced “al marco,” which means that a certain amount of silver has to equate to a certain number of denarii. The silver content has no relevance to it though; 100 denarii will remain 100 denarii. Nero took advantage of this to finance the rebuilding of the burnt city during his reign. He reduced the fineness of denarii, and nobody really cared.

The silver content dropped drastically over the centuries due to political and economic circumstances. From having more than 90 percent silver content during the first century AD, the fineness fell to below 60 percent in AD 200 and plummeted to 5 percent purity by AD 300.

– Roman Emperor Caracalla and Its Disappearance

The Roman coins were soon replaced by the Roman Emperor Caracalla. He introduced a new coin and called it “antonianus,” which was equivalent to two denarii but had less silver in it. It only consisted of as much silver as 1.6 denarii and was soon debased to bronze with minimal silver content.

Nevertheless, the disappearance of Roman money was not because of inflation but probably because of a large number of territories that embraced the denarius. It was a monetary crisis that ended the known valuable denarius.

– How Much is a Denarius in USD Today?

The denarius is worth 1.781755 American dollars today, note that the Roman silver coin denarius weighs about 3.85 g or 0.124 oz. It would have a value of 74 cents if we discuss its worth today. The price is based only upon its weight because it actually has no monetary value nowadays. 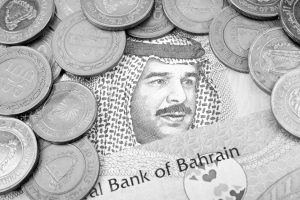 However, the Roman denarius coin became a collectible in the modern-day. If you are interested in learning how much it would cost to buy the Roman silver coin, the denarius worth will depend upon its maturity and condition.

Lastly, it is difficult to accurately compare the US dollar now with a monetary unit that existed many centuries ago because it has undergone significant inflation throughout the years.

– How Much Did Bread Cost in Ancient Rome by Comparing Denarii to USD?

For most of Roman history, assumingly, a piece of bread cost an average Roman about $2.50 a loaf, comparing its price in denarii with their average income or wealth and assuming they bought or enjoyed roughly the same amount of food we did. This is an assumption that might have worked during the most prosperous parts of their history.

– How Much Were Denarii Worth in the Bible?

The gospel describes the denarius as the one-day wage of a common laborer. In the New Testament, Book of Matthew 20:2, in The Parable of the Vineyard, this is written: “He agreed to pay them a denarius for the day and sent them into his vineyard.” In the Book of Revelation, it is also mentioned in the Third Seal, and the Bible scholar Mr. Robert H.

Mounce states that the prices of wheat and barley appeared to be 12 times their normal costs during ancient times. The denarius is also mentioned in the Parable of the Good Samaritan that can be found in the Book of Luke 10:25–37.

– What Countries Are Using Denarii Today?

The surviving legacy of the denarius can be seen in the use of the modern-day dinar. It survived during pre-Islamic times when Arabs conquered huge parts of the territory that belonged to the Eastern Roman Empires and introduced their own gold dinar.

Their successors adopted it up to the 6th century. Dinar is still used by several modern Arab nations up to this day. It is the basic currency unit of Kuwait, Bahrain, Jordan, Iraq, Algeria, Serbia, and Tunisia.

The word “dinar” is the English transliteration of an Arabic word from the Latin word “denarius.” The other surviving legacy of the denarius is the use of “d” as the abbreviation for the British penny until 1971. France also named their coin “denier.” The words “denar” (a currency of Macedonia), “denaro” in Italian, “dinheiro” in Portuguese, “denar” in the Slovene word, and “dinero” in Spanish were also derived from the Latin word “denarius.”

Until 1970, it was the United Kingdom’s pre-decimal currency of the pounds, shillings, and pence and was abbreviated as “lsd.” “d” refers to the denarius and stands for a penny.

– How Much Does a Dinar Cost in USD Nowadays?

As there are several countries that are using the dinar, the modern dinar’s price is based upon which country has issued it. You may refer to the conversion table that we have prepared to show you the difference between each dinar currency according to its country and its current exchange rate to American dollars. 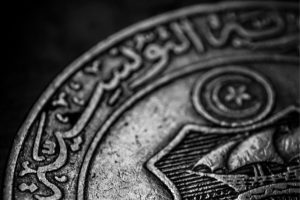 The modern-day exchange rate for the denarius to USD has been a long topic to tackle, and yet it is hard to get specific answers.

However, here is the summary of what we’ve learned so far:

However, it becomes clear to us all that the denarius has been a great part of the historical antecedents of present-day money for most Middle Eastern countries.