The Lebanese culture is one of the most diverse in Arab countries. 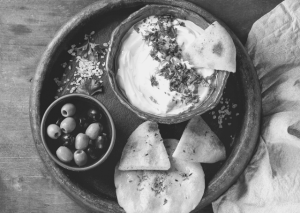 It is like a beautiful garden with everything within it that can leave its visitors in awe – from wonderful Lebanese traditions to the overall culture of Lebanon itself, and of course, the pure artistry of Lebanese fashions.

The way Lebanon has developed through its rich historical milestones led to a lovely country with equally beautiful people.

The culture of Lebanon is conservative and traditionally Arab. However, its geographical advantage and location have led to the adaptation of numerous cultural influences, including Muslim and Christian traditions.

Lebanon, being a crossroad between the Arab and Mediterranean paths, allowed the condensation of both aspects. This is also the reason why Lebanese culture and tradition can be presented as a hearty dish with all the flavors coming from countless places while keeping the foundation as fundamentally Arabic.

Historically, Lebanon has a very turbulent past. However, this did not stop the country from developing and establishing a unique cultural landscape that it can embrace. Compared to its neighbors, Lebanon is one of the Arab countries with an artistic and ideological link with Europe – specifically a French influence.

This is because of the impact of France as a major formative factor that dictated how Lebanon came to be. This also positions Lebanon as a country with extremely diverse religious demographics, which is not surprising for a country that is considered a major gateway between Asia and Europe. This distinction can only be shared with one other country – Turkey.

Similar to Arab and traditional Asian upbringings, one of the most important Lebanese customs and traditions is how Lebanese people value the significance of family life. The Lebanese people observe collectivism, and an individual’s family and how it functions provide a great sense of identity and status.

An average nuclear Lebanese family comprises about four to five members, but the extended network of relatives increases greatly. Lebanese parents are very protective of their children, and as a direct difference from Eastern parenting, parental control goes beyond legal age.

In fact, it continues as long the child lives with his or her parents or until the child gets married. It is quite interesting to know that curfew is sacred, and Lebanese children are required to be at home before the sunsets. This is just one of the visible representations of parental protectiveness, which is very evident in Lebanese culture.

Another evidence of Arab influence being ingrained into Lebanese traditions is the patrilineal kinship approach. Patrilineal kinship means a person’s membership is based solely on paternal lineage. This is a very important detail when it comes to inheritance, names, and even titles of an individual associated with male kin.

Patrilineal kinship should not be confused with gender rights. Lebanon is one of the Arab countries in which men and women enjoy almost equal civil rights in the country. This is one of the testaments to the country’s forward thinking, as well as fairness for all of its citizens. While there are still some Lebanese traditions that are imposed solely on women, the autonomy and progression of gender equality is really remarkable.

Present Lebanese Customs by the Locals

There are a lot of present-day Lebanese customs that are considered to be very endearing.

A typical Lebanese family is hooked on television shows, and of course, the variation of favorite television stations varies per family and its corresponding members. The fondness of Lebanese families for visual entertainment also allows the family members to gather together, especially during the evenings.

Whether it is about the typical news or drama anthologies which are quite popular in the region with the country being near theater heavyweights that include Turkish drama and Kuwaiti arts, there is always a show worth watching together. 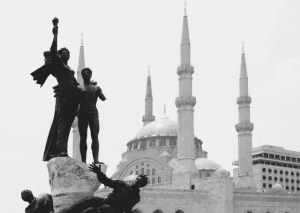 Another modern-day part of the culture that is often observed among locals and perceived by tourists is how multiple languages are stitched into one. When you’re in the neighborhood, hearing a typical local conversation where two, three, or more languages are stitched together is quite commonplace. What’s fascinating is that the locals understand it!

This level of communication is like a next-level conglomeration of languages. Many people are used to hearing Finglish, which stands for Farsi and English, as well as Singlish or Singaporean English. This method of established communication is on a league of its own.

Typically, the combination is Arabic with English and French. However, the variation can be mixed with another language on top of Arabic and French. It is like a dialect born out of cultural diversity that surprisingly works!

Nouhad Wadie’ Haddad, also known as Fairuz, is a household name not only in Lebanon but also all over the Arab world as early as the 1950s. Her fame radiated from her home country of Lebanon to the farthest Arab regions, including the North African countries of Morocco and Tunisia. Fairuz is a living legend, and every Lebanese knows her by heart.

In fact, her music is representative of the overall ambiance of Lebanon as you will always hear one of her songs playing – in taxis, restaurants, coffee shops, boutiques, and of course, in residences. She is considered as one of the most important musical icons in the Arab world, and it is very easy to understand why. She is a truly celebrated artist.

Lebanese cuisine can be traced back to similar roots as the Levant, which is an ancient concoction of influences from its rulers and conquerors, such as the Greek, Roman, Persian, Arab, Byzantine, Phoenician, and even Egyptian.

This gastronomic foundation paved the way for more modern influences, such as the Ottoman Turks, and later, the French. This is why it is always an interesting gastronomic journey whenever Lebanese cuisine is the focus because you can find important Arabic aspects, but you can also see some croissants and eclairs.

The Lebanese people are fond of eating pita bread with almost everything – literally everything. Most dishes, including those that are considered not to be typically partnered with bread, are consumed with pita. Pita is a diverse family of round flatbreads common in the Mediterranean and the Middle East. Its mild flavor really pairs up well with many dishes or spreads, including the familiar household spread – Nutella.

Lebanon is also blessed with generally favorable weather, facilitating the thriving of a diverse selection of local produce, such as olives, figs, and even avocados and hashish. On top of the access to seafood, these local produce makes the whole Lebanese gastronomic ensemble one of the most diverse in the world.

Lebanese culture clothing resonates with its Arabic roots, although strong international influences and references can also be observed. It is like a fusion of Turkish and Arab rolled into one and merged with the existing national flair.

Individuals with the sheer attention to detail will easily see the references and interconnectedness of the two primary cultures. However, the resemblance also leads to some confusion with neighboring countries, such as Turkey, Jordan, Syria, and even Iran.

Traditional Lebanese clothing comprises very modest and flowy clothes. Women wear cloaks that are of dark color and cover their faces whenever they go outside. This is not a Muslim-exclusive practice, because modesty is, in fact, universal, and wearing cloaks or scarves to cover parts of the body transcends to other religions, including Christians.

Regardless of socioeconomic status, the traditional Lebanese costume is somewhat universal, and the material used is the only distinguishing factor for others to see the difference. The typical costume for women includes a long dress with long sleeves, and part of the ensemble is a short jacket made of cotton or sometimes silk.

There is intricate embroidery or beadwork that adds flair and artistry to the traditional clothes depending on whether the location is urban or rural. The cultural clothing landscape in rural areas tends to be simpler and somehow more comfortable, whereas urban clothing interpretation is more extravagant.

On the other hand, traditional clothing for men comprises a series of layered baggy trousers called sherwal, with a shirt and a vest. In general, the color palette is traditionally blue or black for the sherwals, accented by a dark vest or a red or sometimes black belt.

These clothes are completed with shoes and headgear. Despite looking a bit thermal, these traditional clothes are actually very comfortable for extended use. This is also the reason why Lebanese men don’t need to hurry to change clothes.

When they want to be festive, the traditional male clothes become adorned and ornate. They are embroidered and beaded with bright tones that really highlight the importance of artistry and how this is being interpreted as wearable art.

Jewelry is also an important aspect of Lebanese culture and clothing, especially for the more privileged families and clans. Gold and silver are important precious metals, together with diamonds and other precious stones.

Tantur is one of the staple classic Lebanese headdresses that are worn by newly married women. It has a unique cone-shaped structure with a long, flowing cloth, which is typically silk brocade or silk. This cloth flows all the way down the back of the dress.

When it comes to footwear, kabkabs are carved wooden shoes with ornate designs and patterns and are used with leather, silk, or velvet. Some wealthy females use kabkabs with mother of pearl inlays or accents.

Lebanese fashion is one of the most celebrated in the world. It is not surprising that some of the most admired fashion designers are Lebanese. These include the likes of Elie Saab, Zuhair Murad, and Georges Hobeika, who have already dressed countless high-profile celebrities and royalties because of their exceptional talent and interpretation of art being produced as fine pieces of clothing.

It was believed that the country’s global openness, together with strong influence from France as the fashion capital of the world, impeccably blended with the already dreamy Arab fashion, creating a beautiful trifecta of artistry.

The Lebanese are some of the most stylish people in the Arab world. Having Beirut labeled as the Paris of the Middle East personifies this feat of being tasteful when it comes to how people dress. While the fashion scene in Beirut is prominently directed toward Western standards and trends, the fashion scene in other cities and towns steer toward more traditional aspects and come closer to Arabic and local influences. 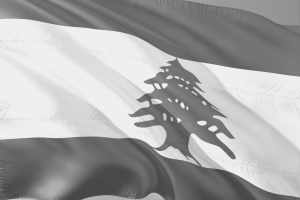 The Lebanon culture is such a wonderful conglomeration that has been molded by historical events, traditional roots, and the heart of its people. There will always be a hint of diversity in every aspect of the Lebanese cultural and traditional landscape.

From family values and food to Lebanese culture clothing and tasteful Lebanese fashions, Lebanon culture is unique and stands the test of time and change.

Going back to our title, the Lebanese culture is indeed similar to a bundle of everything. It is like everything came into fruition, creating a diversity that yielded amazing outcomes in every aspect of its culture.

Lebanon is a gem, a gateway, and a crossroad all rolled into one, and it is one of the most admired cultural fusions in the world that make its citizens proud and its guests delighted.