Studying mythology gods is our way, in the modern world, to look into the ancient past. Myths began as a way to explain the world and the experience of man on earth, and it is the way of every civilization.

We want to pass down stories and to give meaning to a seemingly meaningless world. The mythical gods and their mythologies are mysterious and beautiful, and they teach us more about the life of those in the past than we could know by mere artifacts. 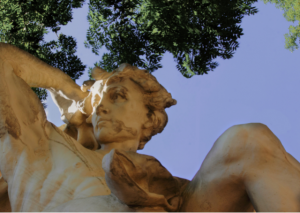 . It’s a bit like time travel, and we’re given a window into the time before, a time that we as humans have long left behind and forgotten. By understanding the mysteries of the past, we prepare ourselves better for the future.

We can learn from past mistakes, as well as understand the ways of other cultures. We make mythology our business, and you can find an overview of the mythological gods here.

The Aztecs are one of the fascinating ancient groups to learn. Their civilization flourished in Central Mexico from around 1300 to 1521, and they have one of the most famous mythologies. They had over 200 deities in their pantheon, and the roles and stories of their gods were varied. Their gods controlled all natural things, and one of the natural foci of the Aztecs was the sun.

Their mythology stated that there were five “tries” of the world or five suns. Each sun was ruled by one of their gods, and it eventually ended in disaster. However, the fifth sun is the one we still inhabit, and it still hasn’t yet met its end. However, the Aztecs’ world is now finished, and they met their demise at the hands of the Spanish explorers.

Their mythology includes sacrifices to gods like Quetzalcoatl, Huitzilopochtli, and Tezcatlipoca. The sacrifice of humans was part of the natural course of life, and it was an honor to be selected. The Aztecs believed that they had to give life to get life. Through blood, their world could keep going from the sun’s movement across the sky to the growth of their crops.

One would be hard-pressed to find someone who doesn’t know at least something about the Egyptian gods. Ancient Egypt became popular after archaeological findings between the late 1800s to the 1920s. The Ancient Egyptians used their mythology and gods to explain the natural phenomenon so that humans could understand. Their gods performed roles and were revered for the specific role they played in the world.

They believed their leaders or pharaohs were given the divine right to rule from the gods and so could be accepted as true leaders. Many of their rituals are associated with death and the afterlife. They believed that the invocation of the gods was the key to a peaceful afterlife. Gods in the Egyptian pantheon included names such as Ra, Osiris, Horus, and Anubis.

The Japanese mythology was created from stories that arose out of those from the Japanese archipelago. Shinto and Buddhist religions were the base from which these myths stemmed. The Japanese pantheon is almost innumerable, with nearly eight million named deities. There were three original gods from whom all other gods, or kami, descended.

Most Japanese spirits come from Shinto beliefs, but many Buddhist deities were also adopted into the pantheon. A lot of the Japanese gods and goddesses are linked with animals. They may even appear as a mixture of animal and human or just animals such as the Fox Goddess, Inari. In Japanese mythology, even animals and inanimate objects like mountains could also have a spirit or kami.

The Chinese pantheon numbered over 1,000, far below the numbers of the Japanese pantheon. Their deities were a mixture of gods and goddesses as well as folk heroes who became “holy” or spirits in the afterlife, quite similar to Japan. A lot of the gods were involved in the creation of the universe and the natural goings-on of the world. Many of the gods and goddesses had magical powers that they could wield.

Like Egyptian mythology, the gods were connected to the emperors, and the emperors claimed descendency from the gods. The mythology of Ancient China led to the Chinese folk religion that we can still see practiced today in China and Taiwan. The offering of “ghost money” to nourish the gods stems from past rituals. Gods and goddesses such as The Jade Emperor, Leizi, and Mazu make up the famous pantheon. 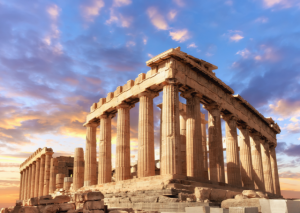 Mythologies of Ancient Greece inspired many of the Roman gods and their mythology. They were so close together as physical countries that it only made sense. Lucky for us, there are many sources about Roman mythology and the gods and goddesses that we are not really short of information about it. That is not the case for all mythology, sadly.

For those in the western world, we know this mythology, and we see it practically everywhere, including even in our own solar system. Names like Jupiter, Mercury, Neptune, and more are so common, we hardly even think about them anymore. But it’s exciting to delve deep into the stories of the Roman gods. It’s there we see the epic adventures, the passionate affairs, the evil displays of power, and all the attributes that make myths, myths.

Celtic mythology stems from the Celtic areas such as Wales, England, and Ireland. The stories of their pantheon might have been lost to time, except for the preservation of some of their tales by the Roman Christians. The Celts had a polytheistic pantheon, and their list of gods and goddesses is around 400. The gods that were worshiped depended on the region, for not everyone in the Celtic world always worshiped the same gods.

These stories are beautiful and magical, with tales of a goddess being born by fire, such as Brigid, The Exalted One. Or perhaps the god controlling the beautiful Otherworld located in the sea. Their mythology comes from anthologies of stories, and it’s to our benefit that we get the chance to read them. Celtic mythology is the area of study for you if you’re interested in magic, mystery, or powers linked wholly to nature.

For those in the western world, Greek mythology is probably the most well-known and most heavily studied. Ancient Greece flourished between the 12th and 9th centuries BC. Their pantheon had many gods and Titans, but there were twelve main gods and goddesses. These resided on the famed Mount Olympus, and so they were called the twelve Olympians.

We know these names, or at least most of them by heart: Zeus, Hera, Demeter, Hestia/Hades, Hephaestus, Athena, Poseidon, Ares, Hermes, Aphrodite, Artemis, and Apollo. These gods also have Roman counterparts, and their stories are very closely linked to those in the Greek pantheon. We know their tales as well: Zeus with the power of lightning, Hera the jealous wife, Hades the bitter god of the underworld, and Aphrodite, the alluring goddess of love. Their stories are everywhere around us, and their legacy remains.

The Norse gods were separated over the nine worlds or realms. They were divided into different tribes, and these tribes had different goals. These names are not unknown to us either: Odin, Thor, Loki, and more. The Norse mythology is a group of stories of the Northern Germanic peoples, which includes Scandinavia.

We know about their stories from the various collections of old manuscripts and archaeological finds. There was not always a connection to humans until later, after the gods had “lived” for a long time. Their gods have incredible powers while also having almost human-like flaws. There’s the hammer-wielding Thor, the trickster Loki, the goddess Idun, who gives out magic, youth-giving apples, and so many more fascinating tales that you’ll want to read more. 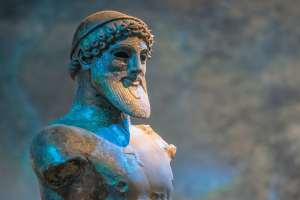 Learning about mythology and the ancient gods and goddesses is one way that we get a chance to look into the past. We don’t have all the puzzle pieces, but we have sources to give us a little insight into what ancient peoples believed and experienced. What a world it must have been to believe wholeheartedly that the world was controlled by gods with both extraordinary powers and terrible flaws. It might have been both terrifying and beautiful, and we in the modern world may never understand it.

However, reading the myths of the ancients can help us begin to understand. Gods and goddesses, while unique in each civilization, still had similarities across cultures. The powers were incredible, sometimes even magical, and they were often tied inextricably to nature. Their flaws were almost human, and it helped them to understand better the spirits who ruled them.

There was love, war, deceit, and passion. The worlds of the gods, no matter the culture, almost seemed like our world in some small ways. Less magic, perhaps, but still a lot of the same truth. By studying mythology, we look into the past, but we also get the chance to look more in-depth at our present.