Arawn: Lord of the Welsh Otherworld

Arawn is the Lord of the Welsh Otherworld in Celtic mythology. 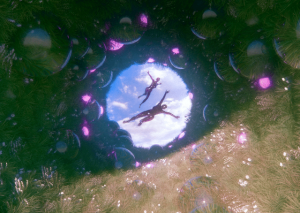 He has similar traits to Hades/Pluto as well as the Christian Satan, but he is slightly different. Arawn helped dead souls as they moved to Annwn, the Otherworld, as they passed into a happy afterlife.

In this article, you can discover how he later took on negative traits and became closer to Satan.

Who Is Arawn in Celtic Mythology?

Arawn was a male Celtic god and the Lord of the Welsh Otherworld. His name might have been close to the Hebrew name, “Aaron,” which means “Exalted,” and he is also like the Celtic god named Ariubianes.

He began as the Lord of the Otherworld or Annwn and was its king, ruling it alongside his beautiful Queen. However, as time passed and myths changed, he became more of a psychopomp and evil lord of the underworld.

This change could be due to the popularity of Christianity when it took over the Celtic world. The Christians “demonized” many pagan gods so they could make their religion look more appealing.

Despite his ruined persona, Arawn was skilled at hunting and magic, and he was a shapeshifter. He could change into whatever he pleased. One of his myths is the story of how he changed into another man for an entire year, and his wife was none the wiser.

As a hunter, Arawn was always accompanied by his hounds as he went out hunting each day. These dogs became Arawn’s symbols and had white ears and red eyes. As Christianity took root in the British Isles, these dogs became more like hellhounds. They would seek out those souls who belonged in “Hell.”

– More About King Arawn, Celtic God of the Otherworld

Autumn is Arawn’s season as it is generally a season of hunting in the Northern hemisphere. It was a time when one could hear the sound of hunting dogs as they searched for their master’s quarries. There was also the barking sound of geese as they changed locations for the cold winter ahead. The Celtic year ended in October, on Halloween.

Not surprisingly, Halloween is the night when the souls of the dead wander the earth once more. This links appropriately to Arawn’s connection to death.

Like other cultures and their tales, the Welsh Otherworld Annwn was a beautiful place. It was where dead souls would travel to have a blessed afterlife. However, there was no focus on death or suffering afterlife, and Arawn was Lord or King of this place. Annwn was thought to be an island off the coast of Wales.

Or perhaps it was a kingdom under the sea or just underground as it is in the Greek and Roman traditions. It was a lovely place, unlike Avalon, a legendary island in the story of Arthur.

It was an idyllic place of rest and peace, and Lord Arawn and Arawn’s wife, the nameless Queen, were beloved. He was considered a just ruler before his name was tarnished by new traditions and beliefs.

Arawn and His Family: Party of Two

Sadly, we don’t know much about Arawn’s family or whether or not he had any besides his Queen. She is nameless, but she ruled beside him. As the story goes, she was quite in love with him, even if her king played a cruel trick on her.

Myths of Arawn, the Lord of the Damned 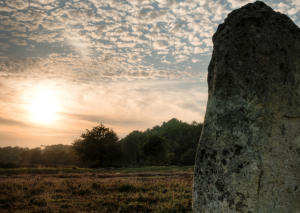 Like in the Roman tradition, Welsh mythology takes many of its tales from a book of stories called the Mabinogi. These were a set of 11 or 12 Welsh tales, and they were separated into categories. The first four were called the Four Branches of the Mabinogi.

The next four were their own stories, two of which included the famous King Arthur. The last stories were Welsh romances. The first story of Arawn is very similar to the old English story of Sir Gawain and the Green Knight.

Just like this one, the characters came together, and one was human and the other not. They both experienced temptations but overcame them.

The First Branch of the Mabinogi: Arawn and Pwyll

Arawn first appears in the first story in this anthology. It tells the tale of Arawn’s shapeshifting abilities. One day, a man called Pwyll was hunting in the forest. He was the ruler of Dyfed, and he was out hunting a stag with his set of hunting dogs.

Before he could reach it, a strange group of hunting dogs with white ears and red eyes attacked the stag and ripped it to shreds. Just then, a mysterious rider appeared and revealed himself as Arawn to Pwyll.

He told Pwyll that he had ventured into Annwn and that he must pay for coming to attempt to steal the king’s stag from him. Pwyll was frightened, but Arawn gave him a solution.

He offered that the Pwyll trade places with him for one whole year to recompense for his actions. Pwyll said yes and agreed to fight against Arawn’s hated rival, Hafgan. Hafgan was another of the kings of Annwn, and Arawn had tried for a long time without success to defeat him.

– The Transformation of Arawn

After that, the transformation was done, and the men traded places. Pwyll acted as Arawn for one year, going hunting by day and returning to the queen at night and feasting. Beyond that, Pwyll refused to sleep with Arawn’s Queen, although the Queen thought Pwyll was her husband.
Both Pwyll and Arawn remained chaste, and Arawn took up Pwyll’s place as Lord of Dyfed.

It’s unclear why Arawn chose this as a way for Pwyll to make up for entering the king’s land. Perhaps it was because he wanted the chance to live as a mortal before returning to his place as Lord of the Otherworld. That is not an unheard-of tale.

At the end of the year, they met again and transformed back to their original states. Pwyll shared what he had done throughout the year. He had defeated Hafgan and stayed chaste, although the Queen of the Otherworld had offered herself. Arawn was pleased, and he stated that he also remained chaste in the bed of Pwyll’s wife.

After this experience, the Lord of the Otherworld and the man Pwyll remained friends. We can tell because Arawn appears again in the fourth branch of the Mabinogi. In this branch, he had given a gift to Pwyll’s son Pryderi. He sent Pryderi pigs from the Otherworld and made him swear to keep them.

He wasn’t allowed to give them away unless there was a good trade to be made. But they were later stolen by a certain trickster named Gwydion fab Don. He posed himself as a bard, and he told Pryderi that he wanted the pigs as a reward for his poems and songs. Pryderi was hesitant, but Gwydion offered a trade for the pigs, and so Pryderi agreed.

However, Gwydion stole them and offered nothing in the trade. So Pryderi invaded Gwydion’s land of Gwynedd in revenge. Sadly, Gwydion slew him in that battle.

Arawn in Pop Culture: His Legacy

Arawn is surprisingly present in a few areas of pop culture. He appears in: 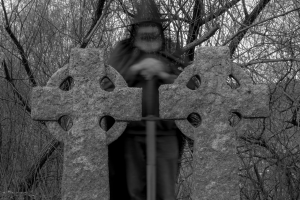 Arawn was an interesting character with interesting abilities. He certainly held a unique role in Celtic mythology.

Take a look at the main points we covered in the article:

Arawn seemed to be a proud god and one who enjoyed the rules and limits that he put upon people, but he was still just and fair. He provided a solution for punishment to a man who had tried to steal animals from his land.

He also remained loyal to his wife for a whole year while being apart, pretending to be another woman’s husband. It’s simply unfortunate that his just rulership of a beautiful Otherworld in Welsh mythology was tainted and ruined by the incoming popularity of Christianity.