Cú Chulainn: The Hound of Ulster

Cú Chulainn was a famous Celtic war hero and one of Ireland’s most popular figures; 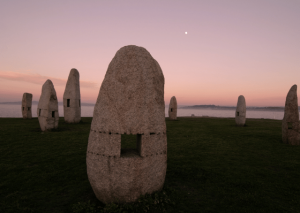 He was called Ireland’s child of light. He lived in and defended the town of Ulster, and most of his stories stem from there. He was an almost invincible warrior, and he trained for battle from a young age.

This article will describe the story of Cú Chulainn, and his famous fighting ability as well as his tragic death.

Who Is Cú Chulainn in Celtic Mythology?

Cú Chulainn was a war hero, and his skills on the battlefield were unmatched. His name meant “Hound of Culann,” but it was more like a title rather than a name. His actual name was Sétanta, which means “Son of Sualtam.” Because of his history with the town, he was sometimes called the Hound of Ulster in certain myths.

He was born in Dundalk, but he grew up in Ulster and claimed that as his true home. He would later defend it using his seemingly unlimited powers. Even today, he is still a symbol of the town of Ulster, and his fame and legacy live on. He was involved in many battles and even came into contact with the fearsome Morrígan, which would be his undoing.

Powers and Weaknesses of Cú Chulainn

Cú Chulainn was like the Roman Hercules because they both were almost god-like in their powers. Cú Chulainn was said to be a descendant of the gods. It made him an incredible warrior who could defeat nearly any enemy.

He had a variety of powers and strengths, and these included:

The origin of Cú Chulainn is a little confusing. Most stories state that his mother was named Deichtine of Ulster, but his father’s identity is a little unclear. Some say that it was Lugh of the Long-Arm, who was later King of the Tuatha dé Danann, the Celtic pantheon of gods. Others believe it was a mortal man named Sualtam mac Róich.

However, Deichtine was a son of a king named Conchobar mac Nessa, King of Ulster. So whoever his father was, Cú Chulainn had noble blood in his veins. His story began in a strange way. His mother had followed her father on a hunting expedition. They stopped at a castle along the way because there was a big snowstorm.

At the castle, Deichtine helped to deliver a baby. When they woke up, everyone in the castle found themselves in Brú na Bóinne, far away from where they were traveling. Because there was no one to care for the new baby that Deichtine had helped deliver, the baby died. Lugh of the Long-Arm appeared to Deichtine in a dream and told her that he was the father of that child and that she was pregnant now with that same child.

– Deichtine and the Second Child

Enraged and surprised, Deichtine had the child aborted so that she could marry a mortal man named Sualtam mac Róich. After a little while, she gave birth to a new child from her new husband, and she named him Sétanta.

The myths state that it was Cú Chulainn, three times conceived and born twice. He was fostered by his grandfather, among others, and he had a few famous foster brothers: Conall Cernach and Lugaid Riab nDerg.

He started training as a child to become a warrior. His strength was evident right from the start, and even before six, he got a few boy warriors to swear their allegiance. He also killed a very dangerous dog that belonged to a local smith named Culann. That was why one of Cú Chulainn’s nicknames was the Hound of Culann or the dog called Cú Chulainn’s dog.

At the age of seven, he went into his first warrior rage. Cú Chulainn’s fate was that he would become the greatest warrior of his time. He completed his training in Ireland and Scotland; he was trained by the warrior queen named Scáthach. He also battled with the queen’s twin sister named Aífe, who he later impregnated.

Cú Chulainn was married to Emer, but Emer and Cú Chulainn shared no children. He had a son by another woman, the warrior Aífe. He was a little bit of a womanizer, and as he traveled through the country on his battle tours, he left broken hearts behind him. He would commit affairs with married women as well. It’s possible he had other children as well that he didn’t know about. 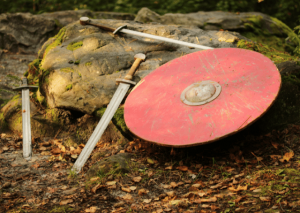 There are some clues that he might have had a sexual relationship with a male warrior named Ferdiad. Unfortunately, Cú Chulainn unintentionally later killed his son. Cú Chulainn’s son was resting in his grandfather’s for one evening, and an intruder entered. Since he was the defender of the fort, he killed the intruder.

But when he saw the ring on the man’s finger, he knew that it was his son that he’d just killed. The man was wearing a ring that identified him as Connla, son of Aífe.

Because he was a great warrior and still one of Ireland’s great war heroes, he had many myths to his name. He fills much of Celtic lore. His final one was about his tragic death.

One day, Queen Medb, the queen of Connacht, used her men to search out the Bull of Cooley. He was a powerful bull, and its twin belonged to the queen’s husband, but she wanted one of her own. That way, her power would be increased. The bull resided in Ulster, and it made Cú Chulainn very powerful himself.

So she invaded Ulster with her men in search of this bull. Unfortunately, there was an old curse that laid upon the men of Ulster. Once the battle began, they started to feel labor pains and couldn’t fight as well as they might have. However, Cú Chulainn offered to fight her champions one by one, and he defeated each of them.

During the battle, there was a beautiful young woman who offered herself as a lover and to help him fight. He refused her, and when she left, he started being attacked by animals. There was an eel, a wolf, and a heifer, but he eventually defeated them and injured them all. Things started to go downhill from here.

– Cú Chulainn and the Morrígan

After he won against those strange challenges, he traveled along and spotted an old woman milking a cow. She was bleeding in three places, and the places matched the wounds that Cú Chulainn had given to the heifer. He stopped by the old woman, and she offered him milk. With each drink that he took, he blessed her, and each of her wounds healed.

But once she was healed, she revealed herself as the powerful Morrígan, the powerful goddess of death and war. She had an old grudge against him, perhaps because he rejected her as a young maiden. Or It was because he yelled insults at her when she tried to steal one of his cows. Either way, she told him her prophecy: he would die in the next battle at the hands of his enemies.

– Cú Chulainn and the Loss of His Friends

The battle continued, and his warrior friends came, including his supposed lover, Ferdiad. In a dream, his maybe father Lugh appeared to him and helped heal him after so long in battle. When he woke up, he felt better, but he saw that all his friends, including Ferdiad, were lying slain around him. They were killed by Queen Medb’s men.

He flew into another one of his rages, but first, he built a wall of protection using the bodies of his friends. He defeated his foes there, and the curse of the Ulster men was finally broken. They could fight with their real potential while Cú Chulainn could rest once again.

In a later battle, he met his former foster father (one of them), and because of their past, his foster father refused to fight Cú Chulainn again. So Queen Medb and her men had to retreat.

He went to fight against Queen Medb, but for some reason, he knew that she was menstruating, and he let her leave his borders untouched. The bull was protected within his kingdom for just a little while longer. He completed all of these things by the young age of eighteen.

How Did Cú Chulainn Die?

Lugaid made an alliance with other enemies of Cú Chulainn, and together they agreed that the spear could kill the famous warrior, and they wanted Lugaid to do it.

Because Cú Chulainn was so strong, he might have had a chance against Lugaid’s spear. But there was only one problem: the magical curses that were already on him.

One day, he was offered food by a strange woman, and according to those rules, he had to accept the food. The food was dog meat, and he wasn’t allowed to eat that, so he was caught between a rock and a hard place.

Cú Chulainn’s death was a tragic one, and in the end, he took the meat and ate it, which weakened his superhuman abilities. Before the battle, he saw an old woman washing his bloodied armor in a river, and he knew his time was near. He hurried into battle on his chariot, and Lugaid was already there waiting for him, his spear poised for a deadly throw. Lugaid threw the spears one by one, and two killed Cú Chulainn’s horses, and the last one hit Cú Chulainn.

He didn’t die right away, and he had made a vow that he needed to die standing up. So used his entrails to tie himself to a rock to look like he was standing up. He could fool his enemies for just a little bit longer. No one really knew he was dead until they saw a crow sitting on his shoulder. This was likely the Morrígan, standing proudly over the man she’d prophesied to die.

Even though he was dead, he still had a little power left. Lugaid, satisfied with his kill, rushed to come and cut off Cú Chulainn’s head. But when he did, a beam of strong light came from Cú Chulainn’s body, and it was strong enough to remove Lugaid’s hand.

After the battle, one of Cú Chulainn’s fellow warriors ran after Lugaid and slew him in vengeance. So in the end, despite Cú Chulainn’s death, his homeland was avenged, and Ulster won the battle.

Cú Chulainn and Other Mythical Heroes

Cú Chulainn was similar to a few other figures in various mythologies.

We can see the character of Cú Chulainn in a lot of pop culture media: 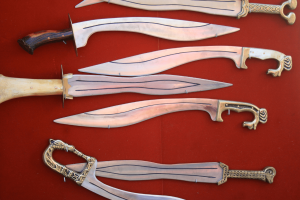 Cú Chulainn was a fierce warrior with mythological powers whose story has stood the test of time. Even now, Ireland recognizes him as one of the most famous Irish folk heroes.

Take a look at the main points we covered in this article about Cú Chulainn’s story:

Cú Chulainn was a powerful warrior, and it was in his blood from the very beginning, learning the skills from childhood. He was so powerful that he was practically undefeatable, but at least he was loyal to his rules.

When the old woman offered him the dog meat, he had to take it, and even though it meant his demise, he was a rule follower to the end. No wonder he remains an important hero in Ireland even today, and his name lives on.