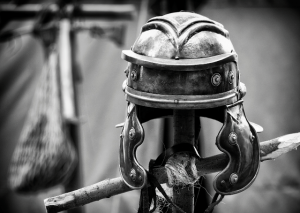 Gwydion fab Dôn, or son of Dôn, was a magician and a trickster in Welsh folklore.

One could say he was like a god for all his powers, and he could be compared to Hermes in Roman mythology, always full of trickery. He was in charge of defending the kingdom of Gwynedd.

Read this article to find out how he used trickery to defeat his foes and avoid getting consequences for his actions.

Who Is Gwydion in Celtic Mythology?

In Celtic mythology, Gwydion is a trickster god. He was often trying to escape the punishment for his crimes or get what he wanted. He sometimes used his abilities for good but often used them for bad. His name means something like “born of the trees” in modern Welsh when the name is written as Gwyddien.

Gwydion, god of trickery and magic, had many abilities. They include that he could change the form of others as well as strengthen his own powers. He was also exceedingly clever, and not only that, but he was a great warrior as well. His castle was named Caer Wydion, which in Welsh means the same as our galaxy: The Milky Way.

While he used his abilities mostly for good, he was very loyal to the members of his family. He cared for his sister Arianrhod, even though they quarreled often, and he teased her and made her angry.

But greatest of all, he cared greatly for his nephew Lleu and many of his myths related to these two. In later stories, Gwydion’s powers and myths were connected with that of Merlin, Arthur’s “wizard.”

His nephew and sister are the two main characters in Gwydion’s stories. But there are many others involved in his tales.

Here are the various other members of Gwydion’s family who have been mentioned in his stories: 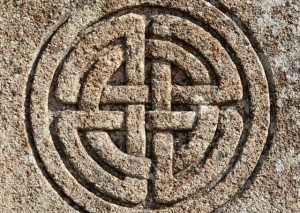 Gwydion’s stories are in the Mabinogi. This is a collection of Welsh folklore that is broken into four branches. This god’s tales can be found in the Fourth Branch.

There are three main myths that he takes part in, and since he was like a warrior and defender of his uncle’s realm, he was sometimes considered a prince.

This is Gwydion’s most famous legend, and he was the instigator of the problem. Pryderi was the son of a man who had become friends with the Lord of Annwn, the Welsh Otherworld.

Because of this friendship, Pryderi was given special pigs from the Otherworld. Gwydion decided to steal these pigs to start a conflict with Pryderi because he wanted to help his brother Gilfaethwy.

Gilfaethwy was interested in having sex with one of his uncle’s workers named Goewin. This fight with Pryderi could soften his uncle towards Gilfaethwy and Goewin because Pryderi was Math’s rival. Gwydion stole the pigs, and then Pryderi declared war, and in open combat, Gwydion killed him. His Uncle Math was furious with his nephews after that.

Although, after Pryderi’s death, he could explore his surrounding boundaries, he was angry. He found out that Gilfaethwy had raped Goewin, so he turned both Gilfaethwy and Gwydion into mating animals.

Not only that, but they kept changing into various animals from elk to cows to wolves. Together they had children, and it was Gilfaethwy who had to bear the children.

Three children were born out of this strange punishment. Despite his anger, Math took them under his wing and raised them as his own. After three years, his uncle released his nephews and allowed them to be human men again. He wanted to find a new assistant, as Goewin was now gone.

Gwydion suggested that his sister Arianrhod take over as his uncle’s assistant. However, Math wanted his assistant to be pure, and so Gwydion used his magic to test his own sister’s purity. But during this time, Arianrhod actually gave birth to a boy, and his name was Dylan. She raced away because of her shame, and on her way out, she dropped a bundle.

When Gwydion picked it up, he realized that it was another child, but this one had no name. Even though she’d run in shame, Arianrhod had a sort of plan. It was her way to take revenge on her brother. This child would remain nameless until she and only she could name him.

– Arianrhod and Her Curse

Gwydion took this unnamed boy to his sister’s castle, Caer Arianrhod. He hoped to find a way to get his sister to name the child. When they arrived there, he somehow found a way to force Arianrhod to name her son Lleu Llaw Gyffes. That name meant “the fair-haired one with the skilled hands.”

Arianrhod didn’t like the name, and she was furious that she’d been deceived into naming him, so she made another curse. Her son could now not ever get a weapon unless she gave it to him. This was very detrimental to a man who would one day grow into a warrior.

Gwydion found a way to trick her again to get around this curse. So Arianrhod cursed her son that he would never marry a human woman. Gwydion used his powers to create a woman out of flower petals. He baptized this woman and named her Blodeuwedd, and got her married to his nephew.

– Lleu and His Dangerous Wife

Lleu and Blodeuwedd got married, but she turned out to be a horrible wife, so perhaps that was also part of the curse. Blodeuwedd hated her husband and tried to kill him. She had an affair as well, with a man named Gronw Pebr, who was also in agreement that Lleu should die. However, Lleu had very specific ways that he could be killed, so much so that it was almost impossible to do.

Gronw tried to kill Lleu with a spear, but Lleu had his own special powers, and he was able to change into an eagle and fly away. He spent his time in a tree, and then Gwydion had to go in search of him. Once he found him, he changed him back into human form, and Gronw and Lleu faced off again. Gronw asked if he could put a stone between himself and Lleu’s spear.

Lleu agreed, but when Lleu threw his spear at Gronw, it pierced the stone, and Lleu ended up killing his rival for his wife’s affection. Gwydion turned Blodeuwedd into an owl as punishment because owls were hated by all other creatures. He also healed Lleu’s wounds. After that, Gwydion became an advisor to his nephew after he took over the throne at Gwynedd.

– Battle of the Trees

There is a story that the sons of Dôn faced off against those of Annwn, the Welsh Otherworld. One of the rules of the Lord of Annwn’s realm is that his animals must be left alone. No one could hunt them or take them away to the other parts of the world. However, in this story, one of Gwydion’s brothers stole two animals from Annwn.

This angered Lord Arawn, and it turned into a mighty battle. Gwydion fought with his brother against the Lord of the Otherworld. Gwydion and Lleu used their powers to shapeshift others, and they enchanted the trees to become part of the warriors. However, Lord Arawn was strong, and he declared that no one could defeat him unless they could guess his name.

Gwydion was able to find out his name by looking at a symbol on his shield. So Arawn, Lord of Annwn, could finally be defeated. 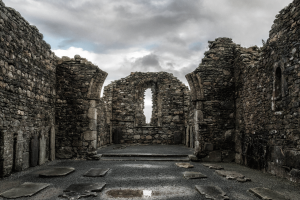 Gywdion was a powerful magician, trickster, as well as warrior, and he held an important role in Celtic mythology.

Here are the main points about Gwydion covered in this article:

Gwydion was a very similar god to Hermes, who loved to play tricks on others, but Gwydion was far more magical and had the ability to shapeshift and strengthen his own abilities.

Even though he was not always good, he also used his powers to help his nephew, Lleu, who he loved dearly. After he saved his nephew from a terrible marriage, he became his advisor once Lleu accepted the crown of Gwynedd. Just imagine that kind of magical and trickster power in such a position!