Herne the Hunter: The English Ghost With Antlers

Herne the Hunter was an English ghost who roamed the countryside in Windsor Park in the county of Berkshire.

Many people claim that he was brought to life in the Shakespearean play “The Merry Wives of Windsor,” although he may have earlier origins. He travels the park, haunting both men and beasts, and he has one particular tree that he haunts.

Read on to find out how this strange specter came into being and how he kept sticking around after so many years.

Who Is Herne the Hunter in Celtic Mythology?

Herne the Hunter is more like a specter rather than a god, or perhaps he was more of a Celtic mythological hunter. He wears antlers upon his head and is preceded by the sound of his ghostly cries as well as the rattling of chains as he moves about.

In later stories, he rode a mighty horse, even though his main base was Herne’s oak, likely at the north end of the park. He would seek to fight against men and animals if they came near.

It’s unclear whether the antlers sprouted out of his head or if he wore a deerskin hood upon which they sat, but either choice is rather frightening. Herne had the sort of magical or otherworldly power to cause decay in the nature around him.

He could cause cattle, for example, to produce blood instead of milk. He could touch a tree and make it wither and die, so imagine what he could cause if heweres ever to get a human in his grasp!

Sightings of this specter were evil omens, and often they meant the death of monarchs or natural disasters. Herne the Hunter had many possible origins.

He was either an old legend that Shakespeare embellished in “The Merry Wives of Windsor,” or he originated from the play and his tale stemmed from there. He also might have been a real character who met a tragic end and was cursed to roam the forests forever, torturing as he went.

There were a few other gods in mythology at the time that might have been related to Herne or were the inspiration for his own beginning. He might have been connected to or actually the same as the Celtic god Cernunnos, for the root word of that name “cerne,” means horned.

He may also have been related to the Germanic god, Wotan, who was part of the Wild Hunt. Both Herne the Hunter and Wotan wore antlers upon their heads in their mythology which makes it likely that they are the same god.

However, healso bearsr some similarities to the Norse god Odin, who was a god of death and collected souls on their way to the afterlife. But Odin didn’t wear horns upon his head like the other two. In addition, Cernunnos was not against nature like Herne either and fought for it to thrive. The question is, “where did Shakespeare get his idea for this ghostly figure?”

“The Merry Wives of Windsor” was the very first recorded instance of Herne the Hunter. So his strange story could very well have come from Shakespeare’s mind. But it’s almost too specific to be merely a brainchild, but either way, Shakespeare’s mention of Herne the Hunter allowed his story to blossom. Even today, this ghost is still said to roam Windsor Park, continuing his ominous haunting.

Herne’s Oak: The Hunting Grounds of the Hunter God 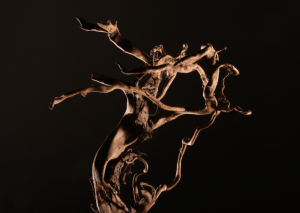 There is a lot of debate (and has been for many years) about the actual location of the famous Herne’s Oak. It became a sort of game, especially in the Victorian age, to try and guess at or find the true location.

However, some ordnance survey maps show this tree was on the north border of the park. Herne’s Oak, unfortunately, went through many changes, and so it’s possible we may never know the truth.

Take a look at the history of this ghostly tree:

Herne’s Myths: Legend of the Hunter

Herne the Hunter might very well have been inspired by the sad tale of a real person. Some historians believe that he actually existed and was named Robert Horne who was a poacher during the time of Henry VIII.

His strange afterlife could be related to what he did in life. He might have committed suicide, which would cast him into shame in the time period.

Because of his poaching, that could be why he is seen to hurt animals in and around the park. He might linger around Herne’s oak because some tales claim that he hung himself in that tree.

He killed himself after he committed some grave offense: poaching or something else. Now he must fulfill his cursed punishment.

– The Merry Wives of Windsor: Herne the Hunter’s Beginning?

In this Shakespearean play, Herne the Hunter was mentioned only once. He was described as a ghostly figure who would turn cattle’s milk into blood and make trees wither. He would wander the park with the antlers upon his head and do his worst. He was impersonated by one of the other characters in the play.

In some versions of the play, his name was written as Horne. That is why there is a supposed connection between Herne the Hunter and Robert Horne, the poacher. This play was performed in 1597.

This section could very well have been a sort of cautionary tale to keep people out of the woods in that area. Perhaps it was a story to keep people from poaching.

There is another story of this ghost that was popularized by the 1843 novel “Windsor Castle.” In it, the author William Harrison Ainsworth described the origin of the specter.

In this story, a man named Herne was hunting a stag in the woods, but he was gored almost to death by it. As he lay dying, the devil appeared and offered Herne a solution to get him out of the situation.

He could remain “living,” but he would just have to wear the stag antlers on his head for eternity. Herne agreed. According to the tales, he is still around today, forced to haunt Windsor Park forever. He continues to fulfill his deal with the devil.

– Herne the Hunter in the Victorian Age

Herne the Hunter gained popularity in the Victorian Age. From an early time in her reign, Queen Victoria had an interest in the specter. She even weighed in on the debate about where the oak tree really was. As mentioned above, she replanted the tree where the possibly old Herne’s Oak had been located.

So obviously cared about keeping the strange legend alive. Also during this time, sightings of this ghost increased, and his legend changed a little. He was also now surrounded by hunting hounds and even carried a horn as he traveled the park. Also during the Victorian period was the rise of occultism, a religious practice involving magic and mysticism.

Herne the Hunter was very similar to Baphomet. He was a sort of horned deity that the Knights Templar had been accused of worshipping. In the Victorian age, this god was given new life in occult religious practices. He is still a character in pagan rituals today but mostly contained in England.

Herne the Hunter in Pop Culture

Herne the Hunter appears in a lot of various media even today: 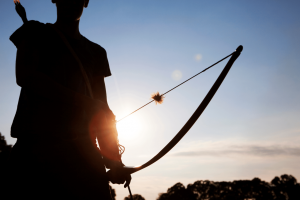 Herne the Hunter was a fascinating character, and whether he comes from real legend or the mind of an artist, he has lived on in English culture.

Check out the main points of this god-like ghost that we covered in this article:

Herne the Hunter is an incredibly interesting character even though he got his beginnings many many years ago, he still lingers on today in the culture of England. He was more like a specter rather than a god, but his magical abilities to wither nature could be seen as godlike.

It seems like a terribly long, drawn-out punishment to be forced to linger in the park for the rest of time, haunting animals and men. But perhaps he lingers on because he enjoys the notoriety; indeed he made a deal with the devil so that he could live on forever, and he has.