Nuada was the first king of the Tuatha dé Danann, the pantheon of the Celtic gods. 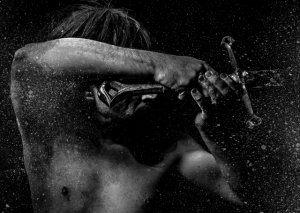 He reigned for seven years before the Tuatha dé Danann decided to move to Ireland and leave their mystical lands. Nuada was a just and powerful god, and he had a powerful sword that could defeat any enemy once drawn.

This article will describe how this powerful god-king lost his hand in battle, making him unfit for the throne.

Who Is Nuada in Celtic Mythology?

Nuada was one of the gods of the powerful Tuatha dé Danann, and he was their king for a time. His name may stem from the Proto-Celtic word “noudent” which means “to capture or acquire through the skill of hunting.”

He was a very good hunter and fisher, and his skills surpassed any others in his kingdom. His full title is Nuada Airgetlám, which means “Nuada of the Silver Hand.”

This title relates to the sad loss of his hand in one of the battles for the conquering of Ireland. Nuada was a good and just ruler, and he also followed the rules that he set for his people. Part of his power came from the fact that he had one of the four treasures of the Tuatha dé Danann: a sword, the sword of Nuada. Nuada’s sword, when unsheathed, could defeat any enemy.

He lived on Brú na Bóinne, but he later lost this to the Dagda, who became chief of the Tuatha dé Danann. Nuada was married to Boann, a river goddess, but it was an unhappy union, and it produced no children. They decided to divorce, and later, Nuada passed his kingdom to a man named Bres on the Emerald Isle. But this would prove to be a very bad idea.

Myths of Nuada Silverhand, King of the Gods

Nuada was the king that led his people from their other isles to that of Ireland to search for a new home. But it was already inhabited, and so when they first arrived, they were not in control of it. He made his home at Brú na Bóinne for a time, and he held his court at the Hill of Tara.

Soon enough, Nuada began to plan how he could take over the island. He wanted to take it back from the Firbolg and the dangerous Fomorians who occupied it.

– The First Battle of Moytura

The fight for control of Ireland took place in two battles. The first one took place at Cong against the Firbolg. The Tuatha dé Danann fought bravely, and they won against this first group of people, but it came at a price. Even though they were victorious, King Nuada lost his hand.

It was taken by one of the Firbolg warriors named Sreng. While that was a tragedy, it normally would mean nothing for the status of a king, but not in this case. Nuada was a rule-follower. He had written the rule of kings that a king of his people must be physically and wholly intact.

So after he lost his hand, he could no longer legally be king, and he would have to abdicate. He even rewarded the Firbolg warrior who had taken his hand and gave him back a piece of land on which to rule. After he knew he could no longer be king, he gave his throne to a man named Bres. 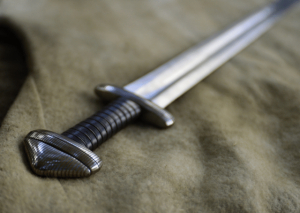 During this time, Nuada was enraged about the choice he had made for his successor. So he made plans to reclaim his throne. With the help of his two brothers, Dian Cécht (healer) and Goibniu (god of smiths), he was able to get a new hand. But this time, it was made of silver.

Because he now had a silver hand, he was able to get back his throne as king. Even later, he used magic to produce himself another flesh hand. So Nuada reclaimed his title as king after they were able to overthrow Bres. They celebrated their victory, but they had not yet fought the Fomorians to take claim of Ireland.

During the celebration, a young man named Lugh came to Nuada to present himself. He offered his services. Nuada agreed and asked Lugh to create a battle plan to help defeat the Fomorians. But Nuada secretly knew that Lugh was half-Fomorian.

The Tuatha dé Danann gained the Emerald Isle, and Lugh became the next king. He was just the kind of ruler that Nuada had been.

– Nuada and Other Gods

Nuada was a very popular figure in Celtic mythology. His stories were often mixed and matched with other characters.

There are many other comparable gods in the same region:

In current media, Nuada has been featured in a few comic books and games: 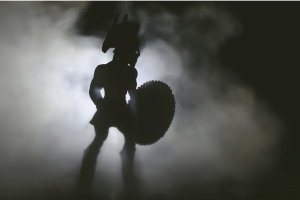 Nuada was a proud and just ruler and king of the gods.

Take a look at the main points about King Nuada of the Silver Hand that were covered in this article:

King Nuada had a bit of a difficult time in his life, and yet he stuck to the rules and his own conscience. He lost his wife, had no heirs of his own, chose the wrong successor, lost his hand, and then his life, but he was remembered as a good king.

He gave all for his people for them to have a better life on the Emerald Isle, and his story will be remembered. Besides, what other king lost his hand to a warrior and then rewarded that same warrior?