Crius: The Forgotten Titan and Pillar of the Starlit South 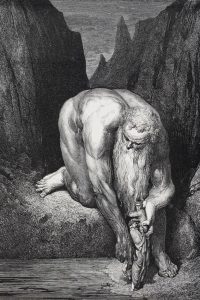 Crius, Titan of the Constellations, is one of the least recognized gods in Greek mythology. He appears very little in the old stories, and not at all after Zeus and the Olympian gods came to power. However, he played an essential role in the mythological formations of the universe, and his descendants also added their own contributions.

Who Is Crius in Greek Mythology?

Crius the Titan was the original god of the constellations, and he could move the stars around in the firmament. The Greek word crius is related to the word for ram, so Crius was loosely associated with the constellation of Ares. This constellation rose in the sky at the beginning of spring, which associated Crius with the start of the new year in the Greek calendar.

Mention of Crius’s physical appearance is rare. Like the rest of the Titan giants, he was likely handsome, somewhat youthful, and physically robust. Since the ram was his sacred animal, he may have appeared as a ram on occasion or wearing a helmet with ram’s horns.

Crius and the First-Generation Titans at the Dawn of Creation

The story of Crius is relatively short, though it may have lasted thousands of years. Like the majority of the first-generation Titans, Crius came into being soon after the dawn of creation.

As with most creation myths, the universe begins as a dark void; in Greek mythology, this void is called Chaos. From Chaos came the first primordial deities, including Gaea (Earth), Nyx (Night), and Erebus (Darkness). Without a consort, Gaea gave birth to Uranus (Sky). They mated, and from their union came three races of giants.

First were the Cyclopes, who were master craftsmen despite having only one eye. Uranus was disgusted by their ugliness, and perhaps he was worried that their great size could enable them to overthrow him. He sent them to the dark abyss of Tartarus, deep within the earth. In a way, he stuffed them back inside Gaea’s womb. Next came the Hecatonchires, who were skilled fighters with fifty heads and a hundred hands. Uranus didn’t like them either, and he sent them to join the Cyclopes in Tartarus.

Luckily, the third group was smaller and more handsome. These were the original 12 giants known as the Titans.

These Titans did not go to Tartarus since they neither disgusted nor intimidated their father. However, Cronus’ trust would prove to be misplaced when his favorites betrayed him.

The Wife and Children of Crius 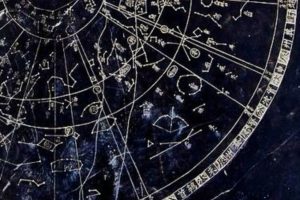 The only real fame that Crius could claim was through his children and grandchildren. Crius married his half-sister, Eurybia, who personified the winds that blew across the seas. Their children were Astraeus, the god of dusk, Pallas, a god of war and strategy, and Perses, whose name meant “to sack and pillage.” Through his sons, Crius became the grandfather of several notable figures in Egyptian mythology.

Astraeus mated with Eos, the goddess of dawn, and their union brought forth the Anemoi, the four winds, and the Astra Planeta, the five wandering stars. Perses and Asteria became the parents of Hecate, a goddess of magic, boundaries, and crossroads. Pallas’ lover was Styx, the goddess of the flowing river that bore her name. Together, they brought forth Nike, the goddess of victory, Scylla, the sea monster who played a role in the Odyssey, Kratos, a god of strength, and Zelus, the god of jealousy.

– The Betrayal of Uranus and the Beginning of the Golden Age

Gaia was upset that so many of her children were imprisoned. Also, since their prison was deep within the earth, no doubt their confinement also caused her considerable pain. Eventually, she went to the Titans and asked them to defeat Uranus. All of them agreed that the deed must be done, but most balked at the idea of wielding a weapon against their father. Cronus volunteered, and Gaea gave him an adamantine sickle. Crius and his fellow Pillars of the Sky were willing to assist.

One day, Uranus came down from the cosmos to lie with Gaea. Crius, Coeus, Iapetus, and Hyperion tackled Uranus and held him down, his limbs spread-eagled to the four corners of the earth. Cronus took the blade and castrated Uranus, flinging his testicles into the sea. When the blood splattered onto the oceans, it created new groups of unusual beings, such as the Erinyes, the Meliae, and the Furies. The genitals caused the sea to create foam, and the goddess Aphrodite rose fully grown from the foam.

Humiliated and defeated, Uranus fled back into the cosmos. Cronus ascended to his father’s throne on Mt. Othrys, and he ruled in a time of peace and prosperity called the Golden Age. Crius and the rest of Cronus’ siblings served as his high court.

– The Downfall of Cronus and the Defeat of the Titans

Cronus was a fair, level-headed ruler until he heard about a prophecy that he would suffer the same fate as his father: betrayal by his own children. The prophecy obsessed him so much that when his children were born, he ate them whole. After he swallowed five of her children, Rhea secretly gave birth to her sixth child, Zeus. She tricked Cronus into swallowing a stone instead.

Zeus spent his childhood hidden on Crete. When he was grown, he sneaked back to Mount Othrys and disguised himself as Cronus’ cupbearer. One night, Zeus slipped mustard into Cronus’s wine, which caused Cronos to vomit up the five children. They emerged full-grown from their father’s stomach, and the six siblings retreated to Mount Olympus to strategize and plan the great war against Cronus.

Thus began the great War of the Titans, called the Titanomachy. No complete text survives to give the full details of the battle, and none of the fragments show that Crius played any particular role in the struggle. Most of the male Titans fought alongside Cronos, and one can assume that Crius also chose his brother’s side. A few of the Titans, such as Prometheus and Epimetheus, sided with Zeus, and most of the female Titans were considered neutral.

The conflict lasted for ten long years, and the world suffered greatly. At last, in the tenth year, Zeus had the idea to free the Cyclopes and Hecatonchires from their prison inside Tartarus. Eager to fight, the Hecatonchires used their many hands to hurl mountains at the enemy. The Cyclopes fashioned powerful weapons for the gods, including Zeus’ lightning bolt and Hades’ helmet of darkness, which granted him invisibility. Using the helmet, Hades sneaked into the Titan camp and destroyed their weapons, bringing a swift end to the war.

– The Final Fate of the Traitorous Titans

After the war, Zeus condemned Crius and the majority of the male Titans to suffer forever in Tartarus. According to most sources, this was the end of the story of Crius. Some sources report that eventually, Zeus had pity and released the Titans from their prison. Even in this version, Crius doesn’t appear in any future myths. He did receive mention in a few modern books, movies, and television shows, such as Xena, Warrior Princess, and Percy Jackson and the Olympians. 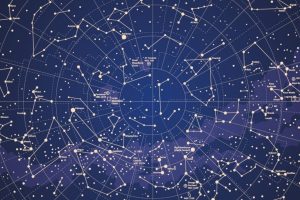 Though Crius didn’t often appear in Greek Mythology, he still had a part to play. Here are some basic facts about Crius:

Even with such a small role, Crius served a vital, formative purpose, setting up part of the nature of the universe. Through his children and grandchildren, he laid the groundwork for later myths in Greek mythology.