Alfheim: The Magical Mystery Home of the Norse Elves 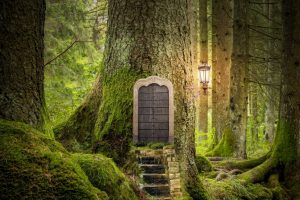 Alfheim is the mystical and beautiful land of the elves in Norse mythology. It was one of the Nine Realms or Nine Worlds, and it was one of the least mentioned realms. It was the home of elves, both light and dark, and it was similar to heaven. Read more about this mysterious land and what Freyr, god of peace and prosperity, had to do with it.

What Is Alfheim in Norse Mythology?

Alfheim is one of the Nine Realms in Norse mythology, and it is the home of the elves. In the Norse myths, there were two types of Alfheim races of elves: the light and dark. The light elves were called “Ljósálfar,” and the dark ones were called “Dökkálfar.”

In fact, one of the sources of Alfheim states that the other name for this realm is “Ljósálfarheimr,” or “home of the light elves.” It’s unclear whether both types of elves resided there together or if it was merely for the light elves. Strangely, this elfland or “elf home” was not ruled by an elf but by a god. The god was Freyr, son of Njord, the sea god, and god of peace and prosperity.

There isn’t much description in the stories of what it was like there. But it may have been a mystical place filled with both darkness and light, and that the light of Alfheim was beautiful. It doesn’t really take much part in the myths of Norse mythology, and neither were the elves featured in the known tales. But the fact that it is still remembered today despite lack of participation in myths means that it must have been an important place.

Alfheim is located at the highest level of the universe, on the same level as Asgard, the home of the most powerful gods. It was connected to the branches of Yggdrasil, the tree central to Norse religion and myth. It supported the Norse universe. Odin, the chief of the gods, hung in this tree for many days to learn the truth of the runes. 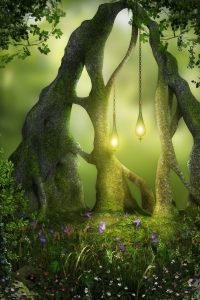 The light elves were said to be so beautiful, more beautiful even than the sun. They were also luminous, as their name suggests. It’s unclear whether their beauty and light also meant goodness. But the Alfheim elves might have been considered something akin to angels. They most definitely resided in Alfheim, but there is some confusion about the dark elves and their home.

A simplistic and Christian-influenced view could be that they represent good and evil or angels and demons. However, it is likely more complex than that. Good vs. evil is not a strange or unique concept to Christianity, but it’s more probable that there were other factors or descriptors involved. The dark elves might also have been another representation of dwarves from Svartalfheim.

Alfheim is only mentioned twice, and both times, it can be found in the writings of Snorri Sturluson. He was a 13th-century Icelandic scholar who is probably the foremost source of information on Norse mythology. In his “Prose Edda” and “Poetic Edda,” he wrote many tales, and Alfheim appears once in both of them. There might once have been others, but we no longer have access to them, so the full tales of Alfheim are now gone.

– Alfheim in a Poem

In “Poetic Edda,” the elfin world appeared in a poem recited by Odin, the lord of the gods. It states that Alfheim was a place given to Freyr by the gods as a tooth gift. A tooth-gift is something one receives after they lose their first tooth. But there’s nothing to explain why the realm was given to Freyr.

Another mention of Alfheim appeared in “Prose Edda” when it was discussed by a character named King Harr. He talks about Alfheim as a sort of heaven and says it is a glorious and beautiful place. This is the myth that tells the story that the light elves reside in Alfheim. It also says the dark elves live on earth with the humans.

Freyr, the god of peace and prosperity, was considered the ruler of Alfheim and the elves who resided there. But there doesn’t seem to be any understanding as to why this was the case. Freyr was a part of the Vanir tribe of deities that had a deep association with magic. The fact that he was the ruler of the elves could suggest that there was some connection between the groups.

Perhaps there was some overlap between the races. Or maybe Freyr himself was an elf who had achieved god status. Either way, we don’t know why he ruled over them, and there isn’t much information about it. Perhaps it is lost to time.

Alfheim is mentioned a few times in various media in pop culture. It appears in: 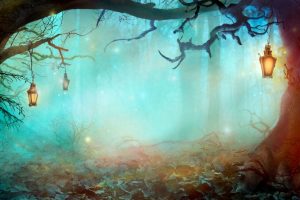 Take a look at the main points covered in this article about Alfheim:

We will never know what was lost to time in the tales of Alfheim. Because tales of it still do linger on, we must assume that it was important to the Norse and Germanic peoples. But just how much did it matter to them, and who really resided there?  All we can infer is that it was a beautiful, heaven-like place in which light and beauty ruled, and that’s pretty wonderful.