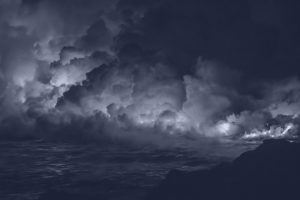 Helheim, also known as Hel, is the underworld in Norse mythology. It was one of the Nine Realms in the Norse world, and it was an underground place where dead souls went. Helheim was located in the north, where it was cold and desolate. Read more to find out how the Norse version of Hel turned into the Hell of the Christian tradition.

Helheim is the Norse Hell, and it was thought to be in the North, where all was cold and dark. Some believe that it was part of the realm named Niflheim, which is called “the place of mists.” Helheim was surrounded by tall walls, and there was a river nearby. Scarily enough, the river would make the sound of clanging sounds as it flowed.

Hel was not only located in the north, but it was also located at the base of the tree Yggdrasil. This was the tree where Odin hanged himself for days to learn the secrets of the runes.

The realm was watched over by the giantess/goddess Hel, and the name of the location was also called Hel. Hel was one of the children of the trickster god, Loki, and she had a powerful position. The name Hel comes from Old Norse which means ‘hidden,’ and it is called both Hel and Helheim. Helheim means ‘hidden place’ or ‘place of Hel.’

Some stories state that this was just a place where most people in the Norse world would go when they die. But in later records, it was painted as a terrifying and horrible place. This was likely because of Christianity’s influence.

The Road: How To Get To Helheim?

Many knew how to get to Helheim because one could visit the goddess to ask her questions. In the stories, there was an actual road that led to the Helheim entrance. It led from the roots of Yggdrasil to the realm of the dead. The Norse word for this road or ‘Hel road’ was called ‘Helvegr.’

Sometimes the myths describe Hel as being guarded by a beast-like Cerebus in Greek mythology. The beast guard would be located at the Helheim gate.

Myths of Hel and Helheim

Helheim was the Norse underworld, where the majority of souls would collect at the end of their lives. It isn’t often mentioned in myths, but many gods and goddesses would visit there to ask questions or visit their loved ones. Odin, the All-Father was no exception.

Odin’s son Baldur, the “Shining God,” had a dream that he was going to die, and his mother, Frigg, had the same dream. Frigg was so concerned about this that she asked her husband Odin to travel to Helheim to find out the truth. Odin traveled there on his eight-legged horse Sleipnir. When he got there, he had to work to resurrect a soothsayer to find out if the dreams were true.

The soothsayer told him that they were true, and Odin went home, dejected. Tragically, the dreams were fulfilled, and Odin’s son was killed by Loki, the trickster god. He just wanted to see if he could find a way to kill him. After Baldur died, his soul traveled to Helheim, and the whole world mourned for him.

– Hel and Her Power in Helheim 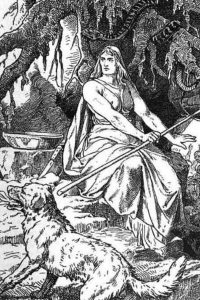 Hel was the goddess of the underworld, and she didn’t care about the fate of men. After Baldur died and he went to Helheim, Frigg wanted to try one more time to get her beloved son back to him. She asked Baldur’s brother Hermod to return to the realm of the dead and ask the goddess to send back her son. Hermod did, and he saw Baldur sitting at Hel’s table.

The goddess agreed, but she said that everything on earth must weep for him, and then she would release him back. Hermod returned to above ground, and he told his family, and they spread the word. Everyone and everything wept for the beautiful god. But then they met a giantess, who was really Loki, and he refused.

And so, Hermod couldn’t fulfill the deal with Hel. And Baldur, the most beautiful god in Norse mythology, was doomed to remain in Helheim for eternity.

– Helheim vs. the Other Underworlds

Helheim was the underworld for most people, but there were others in the Norse religion. But like other religions, there were different places for dead souls, and it depended on how one died. There was Valhalla, which was the exalted place for those who died valiantly in battle. There was also Freya’s field name Folkvangr for these same souls.

It’s not clear, but these underworlds may have been added later in history as time went on. For general people, and sometimes even those who had violent deaths, Helheim was the place for them.

When Christian missionaries first came to preach to the Germanic peoples, they used the word Hel. This was to help explain the Christian “underworld” in a way that would make sense to them. As we all know, this word kind of stuck around, and now, we use it even today. Originally in the Norse mind, Hel was a cold and dark place, but in the Christian view, it was hot and full of fire.

Helheim was written about by the 13th-century Icelandic scholar Snorri Sturluson, who made it out to be a terrible and scary place. He wrote about Norse mythology and deities, and this section was added later in time, probably because of his Christian sympathies. He claimed that Hel was a dark and terrible place, and Odin had cast the goddess Hel down there to rule. That is a similar story between God and Lucifer in the Bible.

He went on to describe just how awful it was in the Norse underworld. However, before this mention, Helheim was just a place for the dead souls to rest and live on as they had on earth. It was not a place of evil or fear, and its transformation matched the underworld that would be the symbol of the Christians.

Helheim at the End of Days

Even though Helheim was just a location and not a deity, it had a role at the end of days or Ragnarök. When the end of days would come around, Helheim would throw open its gates. Out of the gates would pour the souls of the dead into the living world. It was almost like the world would be turned upside down and shaken about.

Loki was prophesied to lead these souls to fight against both living humans and gods.

We know Helheim because of the common use of the Christian Hell. For Christians, it’s a hot place full of demons and suffering. But for the Norse, it was a cold, dark, and lonely place. 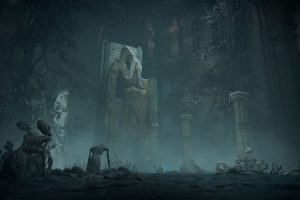 Take a look at the main points covered in the article above about Helheim.

Norse mythology was like any other in that they had a place for their dead souls to go to once it was time to leave the living world. But oddly, it was a cold and dark place, and it used to be a good place but later changed to bad. Even warriors would rather wish to spend their afterlife in Valhalla. But it goes to show the influence Christianity had at the time, changing a lovely story of a realm of the dead into a horrifying nightmare.