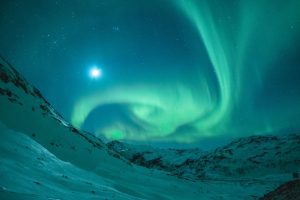 Jotunheim is the land or home of the jötunn, the creatures of the Norse world. They were neither human nor were they deities, and they lived in a special land. It was the complete opposite of the ordered and organized world of Asgard. Learn all about the wildland of Jotunheim, and how much Thor hated the creatures who resided there.

Jotunheim is the home of the jötunn or jötnar, and these are non-human and non-god-like creatures. Jötunn is the singular form of this, and it means giant. The race of giants lived in Jotunheim, the name meaning something like home or the realm of giants. This was one of the Nine Realms in the Norse world, and it was the opposite of the main realm, Asgard.

It was seen as a wild and untamed place where all the wild things lived. It was the complete opposite to the tame and ordered place of Asgard where Odin, the chief of the gods resided. In some myths, it was mentioned as a cold, snowy land, and so is also sometimes called the Realm of the Frost Giants. In the Marvel movies, that’s what it was called, and Loki hailed from there.

There was much animosity between the jötnar and the gods, especially those who lived at Asgard. They were constantly in battle, and Thor was the god who hated them most of all, and he was always trying to fight or kill the giants. The land was ruled over by the giant Thrym, whose name means “uproar.” The capital was named Utgard, which was a large castle, and its name means “beyond the fence.”

Jotunheim was located nearby or even maybe between Midgard, the realm of humans, and Asgard, one realm of the gods. There was a river named Iving which served as the line or border. Beyond that, the world descended into wildness and chaos, at least according to the gods. Besides Utgard, which was ruled over by the giant named Utgard-Loki, there were other important spots as well.

There was Thrymheim, home or hall of Thrym, Mimir’s well, where one could go to find wisdom. This well was located by the roots of the famed tree Yggdrasil, where Odin went to learn the secrets of the runes.

Myths of the Norse Land of Giants

Despite their hatred of the place, the gods were often traveling there. Odin was a well-known wanderer who moved between realms, dressed as an old traveler. Thor also often liked to go whenever he felt the need to kill giants and other creatures, like trolls. Because of that, most of Jotunheim’s stories involve Thor, the god of thunder.

– Jotunheim and Thjazi’s Desire for Idun 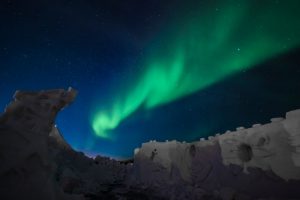 One of the Norse goddesses was named Idun, and she had a special magical item. She was gifted with endless apples which, if consumed, could give the consumer youth and beauty. The gods depended on her to make them feel young so they often called for her to come and bring them her apples. Because of this power, Idun was much desired by many, so that they could exploit her magic.

One day three gods were traveling near Asgard, and they tried to cook an ox that just wasn’t cooking. A talking eagle was stopping the fire from heating the meat, and he tried to make a deal with the gods. If they would give him part of the ox, then he would let the fire cook it. He flew down to meet them, but Loki was there with a branch in his hand, ready to attack the magic bird.

But the magic bird was too fast, and it was Thjazi, a giant in disguise. He bit onto the branch and started to fly away with Loki still holding onto the branch. Loki begged Thjazi for mercy, and he said that he would let Loki go if Loki would bring him Idun and her apples to Jotunheim. Loki agreed.

Loki lured Idun into a trap, and then carried her to Jotunheim where he left her with the terrible giant. The gods learned of his treachery when they began to feel old and weak and couldn’t find Idun. They forced Loki to find her again, and he flew in a magical coat of feathers which made him invisible. He found Idun, turned her into a nut, and flew away with her back to Asgard.

Thjazi heard about this, and he flew after them, but as they reached Asgard, the gods set up a large fire. Loki and Idun escaped (with her apples), but Thjazi, in eagle form, got caught in the blaze and fell to the ground, dead.

This is one of the first tales of Thor and his distaste for giants. One day, he woke up and found his precious hammer, Mjölnir missing. He rushed to the gods to ask for aid and to question them. Loki flew off again to Jotunheim in search for it, and he found it in the possession of Thrym at Thrymheim.

He asked for it back, and Thrym refused, saying that he would only give it back if he could have Freya’s hand in marriage. She was the goddess of love and sex. Loki returned to the gods to tell them the news, but Heimdall, Thor’s half-brother, had a great idea. He suggested that Thor dress as Freya, the bride, and then find a way to get his hammer back.

Loki also dressed as a woman and with Thor, traveled to Jotunheim, and Thrym was overjoyed to see his bride. They demanded to complete the marriage ceremony as soon as possible. At the end of the ceremony, Thrym laid Mjölnir across Thor’s legs as a way to consecrate the marriage. Then Thor revealed himself and killed everyone at the wedding.

– Thor and the Giants

Loki, the trickster god, was walking in Jotunheim when a giant named Geirrod trapped him. Loki was able to secure his release by asking that Thor be brought to Geirrod without any magical tools. Loki agreed and hurried back to Asgard to tell Thor of the beauty of Geirrod’s daughters. Thor was a known ladies’ man, and he was tempted to see them, and he even left his magical weapons behind.

On their journey, Loki and Thor stopped at a giantess named Grid’s house. She warned him of what Geirrod planned to do, so she gave him a special magical belt, gloves, and a staff. Thor’s powers were given back to him, and when he arrived at Geirrod’s home, he killed both him and his two daughters in revenge.

There was a special well under the tree Yggdrasil, where if you drank from it, you could receive wisdom. Odin always wanted wisdom, and he went there and threw his own eye into it to be able to receive the most wisdom possible.

– Jotunheim and the End of Days

The end of days in Norse mythology was called Ragnarök, and it would be a time of great death with later rebirth. When it began, all the creatures and monsters who lived in Jotunheim would come spilling forth into the world, and they would do battle with the gods. After that, everything would turn to ash and be finished.

Jotunheim’s most recent mention was in the Marvel comics movie “Thor.” In that film, it was a cold, frozen place, and the land of the frost giants. It was Loki’s original home before he was later adopted by Odin, according to the film. 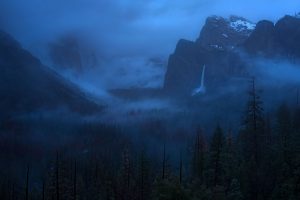 Take a look at the main points about Jotunheim that were covered in the article above.

Jotunheim was a wild place, in contrast to the order and “tidiness” of Asgard. In all mythologies, we see these great opposites, and it helps to differentiate between what is “good” and what is “evil.” However, in all the myths, it’s a little confusing as to who is the evil one. It seems that many times, the gods trick the giants so that they can lure them into the traps and kill them.