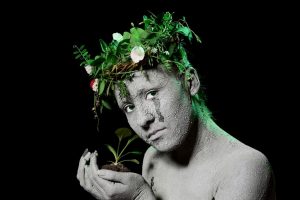 Nerthus, goddess of peace and prosperity as well as fertility, is part of the Norse pantheon. She was worshipped in Scandinavia as well as other Germanic areas. She is connected to Njord, god of the sea and waters, and it’s not clear whether she’s a sibling or a consort. She is one of many obscure goddesses and not much is known about her, but read more to find out what we do know.

Who Is Nerthus in Norse Mythology?

Nerthus is a Germanic goddess of peace, prosperity, and fertility. This goddess was first recorded in a work called “Germania” by the Roman writer Tacitus. In it, he described how the goddess was worshipped and revered. She is full of mystery, since we don’t know much about her, but she has some connection to Njord, the god of the sea and waters in Norse mythology.

She might have been his twin sister or his consort or even just the feminine representation of the same deity. Her name comes from the base word ‘Nerthuz’ which means ‘vigorous, healthy, and strong.’ Her name is said to be the feminine version of Njord’s name. So, it’s likely that their two halves of the same god, or one turned into another as time went on.

Like Njord, Nerthus was considered to be a goddess of the Vanir tribe of Norse deities. There were two distinct tribes: Aesir and Vanir. She is most well-known for the description of her worship ritual in “Germania.” Sadly, we don’t know much more, and so her full description will remain a mystery.

How Was Nerthus Born?

We don’t know anything about Nerthus’ origins or her family besides potentially Njord.

The Myth of Nerthus, Goddess of Peace and Prosperity

Since Nerthus was a goddess of prosperity, she was also considered to be something like “Mother Earth.” That’s why the worship ritual she’s known for took place in a sacred forest on a mysterious island.

– Nerthus and the Suebi Tribes

In his book, Tacitus describes the ritual that brings seven unique and separate tribes of Germania together. These are various Suebi tribes, and these people came from what is now Germany and the Czech Republic. There are many of them in this region, but there are seven that are united by their love and reverence for their ‘Mother Earth,’ Nerthus. They completed a special cart ritual to worship her.

– Nerthus and the Cart Ritual 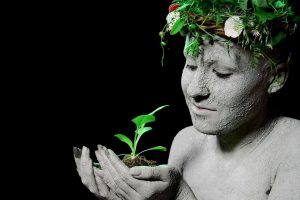 The tribes would hold this ritual in a sacred forest on an unspecified island in the sea. They put a special and holy chariot there that would remain throughout the year. It was covered over with a special cloth, and only a priest of Nerthus was allowed to touch it. It was in that moment of contact that the priest could feel Nerthus’ presence, and he would feel beautiful reverence for her.

It was then that the priests would carry the chariot over to the mainland, and they would attach female cattle to it. They would travel throughout the various Germanic villages, allowing the people to worship her. The tribes believed that Nerthus could come down to earth to bring her people prosperity and help them in their various problems. So, this cart ritual represented her travel through the lands of her peoples.

While the cart was being taken through one’s village, you would hide away all your iron. No one was allowed to leave for war or partake in any violence while the cart was there. It was a time of great celebration and peace, and the people were overjoyed at the goddess’ presence. Once she was finished visiting all her worshippers, the priests would return her to her “temple” on the island.

Afterward, the priests would do something very similar to a ritual found in the Aztec tradition. Once Nerthus’ cart had made its way throughout all the villages, she is returned to her place of rest, and then she is washed in a lake. The chariot, the cloth, and the invisible presence of the goddess are all washed by slaves in a certain lake. Afterward, all the slaves that helped to wash the holy relics were drowned.

It was because of the strange and unique things they might have seen while washing the Mother Earth Goddess.

There has been some thought as to where this mysterious island was on which Nerthus’ cart or chariot resided. Some scholars believe it to be the island of Zealand, off the coast of Denmark. There is a place there on that island that has a similar name to Nerthus. The location of the special lake was also thought to be a lake on the German island Rügen, but that was later found to be wrong.

Nerthus and Other Deities

This ritual was special and part of Nerthus’ important tradition. But it was not uncommon for sacred carts/chariots to be taken to villages in honor of a god/goddess. That’s what tells scholars that Nerthus was a Vanir deity because it was a common occurrence in the mythology and ritual of that Norse tribe. Another god of that tribe, Freyr, was said to be taken about in a wagon throughout the countryside where a priestess accompanied him.

Not only that, but archaeologists have found a lot of evidence of carts that “held” deities, many dating as far back as the year 200 CE. Nerthus was similar to other deities such as Jord, another Mother Earth goddess, who was thought to be one of the options for Thor’s mother. And since Nerthus and Njord are a pair with a lot of similarities, they are very like another pair of Vanir deities: Freyr and Freya. They were brother and sister, twins, and they shared many characteristics.

Nerthus’ name can still be seen but in space! “601 Nerthus” is the name given to a very small planet between Mars and Jupiter. 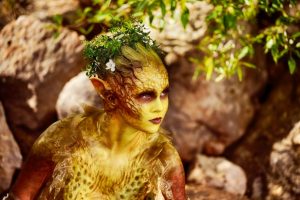 Take a look at the main points covered in the article about the Norse goddess Nerthus.

Nerthus is a goddess full of mystery, and there are so many questions surrounding her. Was she and Njord one and the same? If so, how did the transformation take place? But as comes with all mysteries, it just makes you want to learn more about her, and perhaps one day, we just might.