Njord: The Patron of Fishermen 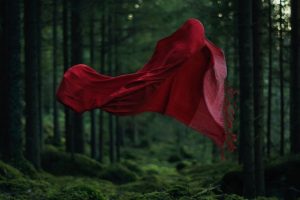 Njord, the god of the wind and waters, was part of the Vanir tribe of deities in the Norse pantheon. He had power over all the waters of the world, and he was like a Norse god of the sea. He was famed for being the father of the set of twin deities: Freyr and Freya. Read this article to learn when and why the Norse people prayed to him.

Who Is Njord in Norse Mythology?

Njord is the Norse god of wind and waters in Norse mythology, and he had power over all the waters in the world. Not only that, but he was a god who would bring wealth to those he believed worthy of it. He was also a patron of fishermen and sailors, and he was asked for protection as well as success from the seas. Njord was one of the most revered gods in Norse mythology, and one of the roles he played was as a leader to his tribe in the Aesir-Vanir War.

The base root of his name might have been “ner” which means “strong/healthy/vigorous.” The name suits him as he was a powerful warrior. But it might also have been the base word for another goddess named Nerthus. The stories are a little confusing, so Nerthus might have been an earlier representation of him or his twin sister.

Njord lived by the sea, fitting for a god who controlled the waters. He lived by the sea in Asgard, even though he was of the Vanir tribe. During the war, he was a hostage of the Aesirs along with this son. Together, they both became respected and honored members of the Aesir tribe.

Njord and the Aesir-Vanir War

There are two tribes in the Norse pantheon, the Aesir and Vanir tribe. They each had their own focus and goals, but they eventually came to “blows” when there was some disagreement. It’s not entirely clear what the disagreement was between the tribes that started a full-out war. But it could have been that the Aesir tribe, who loved order and judgment, disagreed with a lot of the Vanir’s values.

For one thing, the Vanir tribe engaged in incest, which the Aesir tribe didn’t agree with. They went to war, and they fought for so long that they eventually had to give up and create a compromise. So, each side exchanged hostages, and Njord was exchanged for Hoenir, an Aesir god. Njord went to Asgard along with his son and perhaps even his daughter.

They eventually became part of the opposing tribe.

Origin and Family: How Was Njord Born?

His birth and parents are a mystery. There is some evidence that suggests that he was always there and didn’t have a “normal” beginning like many of the other deities in Norse mythology. But we do know that he married the daughter of a giantess, Skadi, and had two children. However, the marriage wasn’t a good one, and he didn’t have those children with his wife.

Like his tribe, he engaged in incest, and he had his children with his twin sister.

Myths of Njord, God of Waters

Njord was widely worshipped over Scandinavia. Unfortunately, he didn’t have too many stories to his name, but his power was felt in the culture. His tales come from the stories written by a 13th-century Icelandic scholar named Snorri Sturluson.

This story begins with abduction and death. Skadi was the daughter of a giant named Thjazi, and Thjazi abducting the goddess Idun, who had apples that could give one eternal youth. Loki, the trickster god, helped Thjazi kidnap Idun, and he later helped to rescue her as well. Loki, Odin, and Thor tricked Thjazi to get Idun back, and when he came, they killed him.

Skadi, hearing about her father’s murder, rushed to Asgard, hoping to get revenge for his death. But when the gods saw her, they offered her gold, hoping that she would take that instead of attempting to kill the gods. She didn’t agree, saying that there was only one way she would stop her plans for revenge. She wanted to be able to choose her husband from among the gods.

The gods agreed, but there was one condition. Skadi could choose her husband, but the men shown to her would be hidden, and she would only be able to look at their feet. The gods brought in the men, hid them, and the giantess was told to look at their feet and make her choice. She perused them, and then stopped when she saw a pair of beautiful feet, thinking they were Baldur’s, but instead, they were Njord’s.

Njord and Skadi: A Divisive Union

They have married soon after, and they moved to Njord’s home on the sea. This was on the shores of Asgard, and it was called Nóatún, also called “place of boats.” It was beloved by Njord, but as soon as Skadi got there, she was unhappy. She longed to return to the mountainous, cold land of her father’s home at Thrymheimr, and they continued to argue about which was the best place to live.

They came to a compromise, and they would each spend a certain amount of time in each other’s respective homes. Njord would live for nine days and nights at her home, and Skadi would spend three more nights at Nóatún. They would decide which was the better place. But in the end, they couldn’t decide, for they each disliked the other’s home.

The marriage was doomed to failure, and so they decided to go their own ways. Skadi went to her home, and Njord stayed at his. For the rest of her life, Skadi was able to hike and hunt happily without the salty sea spray in her face. Njord was able to remain at the place he loved, and he was able to remain close to the domain over which he had power.

Njord went on to have children with his twin sister. Skadi had a relationship with Odin for a time, and they had many children together.

– Ragnarök and the Viking God of Water

One of the special things about Njord is that he was prophesied to live through Ragnarök. That is the end of days in Norse mythology. After the end of days was completed, he was to be reborn and return to his Vanir tribe.

As a god of both water and wealth, Njord had many symbols attributed to him. These include water, boats, wind. Coins, gold, and other wealth could also be his symbols. And because of the strange way he met his wife, even beautiful feet could be Njord’s symbols!

Njord was so well-revered, worship of him lasted into the late eighteenth century. Sailors would pray for calm seas as they traveled. Fishermen would also pray to him, asking for a “wealthy” catch. In the times of the Vikings, records show that he had many temples dedicated to him.

His name was also part of a 14th-century Icelandic legal oath. But like the other Norse deities, he was forgotten eventually in the face of Christianity in later years.

While Njord was a good god of waters, wanting to bring peace and success to those who prayed to him, there was a “bad” god of the sea. This was the giant named Aegir, and his goal was destructive. He wished to smash ships with large waves so that he could steal the wealth aboard all for himself. When big storms and waves came, the Vikings believed that Aegir was at work, and so they would pray to Njord to help.

They hoped to counteract Aegir’s powers with Njord’s calming influence. Aegir was also involved with his sister, and she was a destructive force herself. She would pull people into the sea with large fishing nets.

Njord isn’t one of the popular gods found in much media or pop culture, but he does appear in a TV show called “The Almighty Johnsons.” Also, his name is still used in various spots throughout Scandinavia. 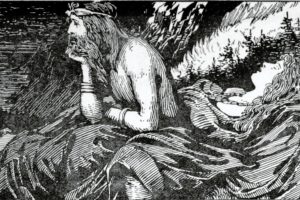 Njord was a memorable god, and his power was felt in Norse culture all the way into the eighteenth century. Check out the main points of the Njord article.

Njord was the good and powerful god of all the waters on earth, controlling the wind as well. The Norse people considered Njord as the one who would protect them from the power of the sea and bring them wealth both in money and fish. Since Norse culture was very focused on the sea and fishing, it’s no surprise he was such a revered god. Even though we don’t have many stories about him, we know his legacy remains as his name can be seen in various locations in Scandinavia.