Odin: The Norse King of the Gods 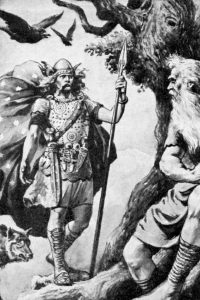 Odin is the chief of all the gods in Norse mythology. Because of his high status as king of the gods, he is also called the All-Father. He was a warrior, poet, and magician, and he ruled over the Aesir tribe of the Norse pantheon. Read this article to find out how he used his wily ways to get what he wanted.

Who Is Odin in Norse Mythology?

Odin is the central god in Norse mythology, and he is the king of the Aesir tribe of deities. He is often shown as an old man with a white beard and one eye. He was one of the most powerful gods because he was a great warrior as well as a wise magician who could speak in verse, transform, and use clever tricks. He lived at Asgard and had a throne there from which he ruled, but he often preferred to travel around.

He would dress as a lowly traveler and wander about in search of new adventures as well as wisdom. He was not just chief of the gods, but he was also lord of ecstasy and inspiration. He had the skills to win every battle he ever fought, but he much preferred to seek out knowledge and learn, learn, learn. He did anything he wanted and could do anything he put his mind to.

Odin was wise, and on top of that, he had many magical powers. Odin’s powers included seeing into the future; speaking to the dead, and he could even transform himself into an animal. He would speak to others in verse, and he could put people under a spell, making them do things they wouldn’t normally do. He also had many spies and messengers, and he used these to get all the information he wanted.

Origin of Odin: Who Is Odin’s Father?

Like many other gods, Odin’s beginnings are a little shadowy. But records show that he began to appear as Odin around the first century CE. He is similar to the Roman god Mercury because of his trickster personality. Odin’s father was Borr, and his mother was named Bestla.

Bestla was a frost-giant, one of the jötnar, which was the group of non-human creatures in Norse mythology. Odin’s grandfather was strangely created by a magical cow licking him out of a salty ice block.

Odin later married Frigg, the goddess of fertility, motherhood, as well as wisdom. They had a son named Baldur, who was the most beautiful of all the gods. He was quite the ladies’ man, and in his travels, he met with many women and had many lovers. He also begat many children, one of them being the famous Thor, god of thunder.

Companions of the All-Father 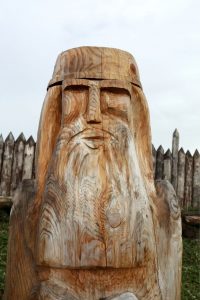 Odin traveled with a few companions. He had two wolves, Geri and Freki, who would travel with him as well as his ravens, Huminn and Muninn. He also had an eight-legged horse named Sleipnir, on which he would ride around the nine realms. Odin’s wolves and ravens animals would help him gain information, and thus he could increase his wisdom. He also had a spear that he carried with him at times, but he didn’t often use it.

In addition, Odin would consult with the decapitated head of Mimir. It was like asking an oracle for information, and he would learn secrets by asking him.

The Name of the Lord of Ecstasy

Odin had many skills and attributes. One of them was that he brought about ecstasy, passion, and inspiration in others. His name means a variety of words: fury, rage, passion, ecstasy, or inspiration. Odin is also translated to “the Fury.”

In various other languages, he is called names such as Woden, Wuotan, and Wodan. He is also the inspiration for Wednesday, or “Woden’s Day.”

How Did Odin Lose His Eye?

Odin was always on the hunt for knowledge, and he traveled around the realm in search of it. He even gave up one of his eyes to gain more knowledge. One day, on one of his travels, he came upon Mimir’s spring. He took out his eye and threw it in, hoping it would help bring him more knowledge, which it did.

Myths of the Chief of Gods: History of Odin

Odin’s tales describe his adventures as well as the way he used his magic to attempt to get what he wanted. He had his hand in many aspects of Norse mythology and was there right from the beginning.

– Odin and the Creation of the First Humans

Odin was there at the beginning of Norse mythology, and he had a hand in the creation of the very first man and woman. Their names were Ask and Emblaand they were formed by various gods (or maybe even dwarves!). But they didn’t have much life to them and were basically shells. Three gods Odin, Lodur, and Hoenir wanted to assist these humans and provide them gifts that could bring them to “life.”

Each of the gods gave their own separate gift to the pair of humans. Lodur gave blood, and Hoenir gave sense and thinking. Odin, lastly, gave soul and spirit. Thus, the true life of humans began.

– Odin and the Aesir-Vanir War

At some point in Norse mythology, the two tribes of deities went to war against each other. The Aesir tribe was more of a warrior one with a desire to promote justice and order in the world. The Vanir tribe was more focused on magic instead of battle, and they engaged in incest. The tribes, for some reason, disagreed about something, and they came to blows.

Odin led his warriors, confident that he could win the battle. However, they were fighting against powerful magicians, and for a long time, the two tribes were at an impasse. Victory seemed too far away. In the end, they decided to solve everything by using hostages, and they traded them between the tribes.

The Aesir tribe sent the Vanir tribe Hoenir and Mimir, and the Vanir sent Njord, god of the sea, and his children Freya and Freyr. It seemed to work for a time, and Njord, Freya, and Freyr even became honorary members of the Aesir tribe. But sadly, the Vanir tribe began to suspect Mimir, and so they killed him and sent his head back to Odin. Odin preserved the head, kept it “alive” with magic, and continued to use him as a way to learn the secrets of the universe. 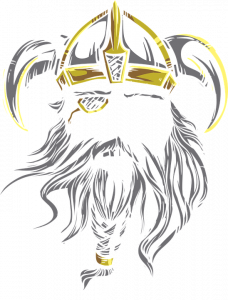 Odin is credited with discovering the runes and bringing them to humans. These were images that counted as sounds or “letters,” and if you knew runes, you also knew the powers that the rune held. You could use those powers to your advantage. Odin wanted this knowledge for himself, but it had to come at self-sacrifice.

So, he hung himself on the tree in the center of the Norse universe, and this tree was called Yggdrasil. For nine days, he hung on this tree, and he stabbed himself with a spear, and he didn’t eat. At the end of the nine days, he was given the knowledge of the runes, and he gave it to mankind.

– Odin and the Death of Baldur

Odin’s son was called the “shining god” because he was so beautiful that he gave off a gorgeous light. He was good, kind, and charming, but the trickster god Loki took it upon himself to kill him. He was also prophesied to die beforehand. Odin’s wife Frigg had a nightmare that her son would die, and Baldur had the same dream.

So, Odin rode Sleipnir and went to the realm of the dead to speak to an oracle to tell if the dream was true. The oracle there said that it was true, so Odin had to return to tell his wife the news. Despite Frigg’s magical attempts to save their son, Loki managed to kill him, and as Baldur lay dying, Odin whispered something in his son’s ear.

What Odin said to him is one of the great mysteries of Norse mythology.

– Odin and the Mead of Poetry

Odin was obsessed with finding knowledge, and he wanted to drink from the Mead of Poetry. This mead gave the drinker great knowledge as well as a skill with poetry. This mead was created because of the Aesir-Vanir War. At the end of the war when the gods wanted to commemorate their peace, so they each spit into a jar.

From the spit, a wise man was created, and his name was Kvasir. Kvasir was so wise that he could answer any question in the world, and he spent his time traveling around the realms, similar to Odin. But one day, Kvasir came into the realm of dwarves, and they murdered him. They brewed the Mead of Poetry using his blood.

These dwarves were also killed by a giant, and the giant took the special mead from them. This giant was called Suttung, and Odin learned that this giant had the mead. He made plans to take it from him.

He came up to the giant and in a disguise, he offered to help him harvest the wheat, asking that his reward be a drink of the mead. Suttung agreed, and Odin got to work, but after he finished, the giant still refused to give him a drink. Furious, Odin turned himself into a snake and snuck into Suttung’s home. There, he seduced the giant’s daughter and was able to drink some mead every night.

He finally finished all the mead, and then he turned himself into an eagle and flew away. But he still considered the others because he spat what mead he had left in him into various vessels. So, that others could also benefit from the Mead of Poetry.

– Ragnarök and the Death of Odin

Sadly, Odin was fated to die in Ragnarök, the Norse end of days. The end of days would consist of violence, bloodshed, battles, and death. Odin’s death was to come at the hands of the wolf Fenrir. Fenrir would eat him, and this wolf was related to Loki, the trickster god. But in the end, the gods, or at least some of them, would be reborn.

What Is Odin’s Symbol?

Runes in general could be Odin’s symbol because he brought them into mankind’s hands. His other symbols could be wolves, ravens, hanging men, travelers, or wizards.

Odin was worshipped by the Germanic peoples, and his influence was widespread. He would gift people wisdom, ecstasy, and inspiration. 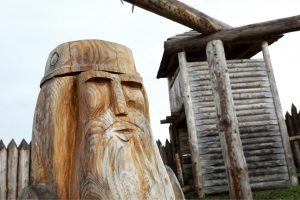 The Norse pantheon, especially the Aesir tribe, began and ended with Odin. Take a look at the main points covered in this article.

Odin was the central deity in Norse mythology, and he hailed from the stronger, more recognized of the two tribes of deities. He is so easily remembered with his one eye and gray beard and the fact that he was Thor’s father, the most popular of the gods. It’s fascinating how he was such a great warrior and a hero, yet the focus of his tales is more about his intelligence and skill with words and magic. His son changed all that by being focused on brute force as opposed to wits: what’s the better choice?