Juno: Roman Queen of the Gods 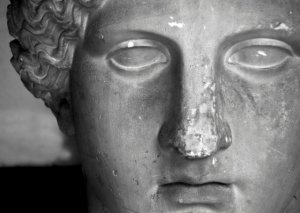 This article will share Juno’s history, her children, and her constant rivalry for her husband’s affections.

Who is Juno in Roman Mythology?

Juno is the main goddess of the Roman pantheon. Together with Jupiter, her brother and husband, she ruled over Rome and the rest of the gods. Jupiter is the most powerful god in the pantheon, and Juno is the most powerful goddess. The Romans absorbed the Greek pantheon and made it their own. Juno took a lot of her myths from the Greek version, Hera.

Juno’s name might have come from various words all centering on the idea of youth and youthfulness. For example, many believe her name comes from the Latin iuvenis, which means ‘youth’. She was the goddess of childbirth, fertility and protector of women and their health.

Juno and Jupiter were two of six siblings, and together, they had four children:

Her protector of women and marriage also made her goddess of childbirth. She had different names for the various aspects of her nature. There are many names, but there are three main ones. One of her epithets, Juno Lucina, was the name of her as the goddess of childbirth. Another, Juno Sospita, was the patron goddess of women awaiting childbirth in confinement. The other was Juno Moneta. This epithet refers specifically to the goddess that protected money or funds.

Different festivals were held in celebration of the different aspects of this goddess. She was in charge of all the matters of health and vitality that affected the people of Rome. She was involved in marriages, sex, menstrual cycles, and births. The moon mirrors the cycles of menstruation. Diana, one of the children of Jupiter, is the goddess of the moon. But Juno was more in charge of the menstrual cycles, being the impetus behind them.

The Birth of the Roman Queen of the Gods

Juno was one of the six children. The father and mother of Jupiter, Juno, and the others were Saturn and Ops. Juno’s siblings were:

Unfortunately, their father was both jealous and afraid. As his wife Ops was with child, he decided that he would eat each of his children as they were born. That way, he could avoid being overthrown in the same way that he overthrew his father, Caelus.

How was Juno Born?

Along with Neptune, Pluto, Ceres, and Vesta, Juno was eaten up by Saturn as soon as she left the womb. But Ops had kept Jupiter safe, giving her husband a rock instead of the baby to eat. He got so sick from the rock that he threw up all the other children and thus, Juno was saved.

Together, they divided up the universe, each taking a part for themselves. And as a team, they eventually defeated their father and overthrew him anyway. Saturn was ousted, and Jupiter became king of the gods and Juno’s husband.

Myths of Juno, the Celestial Goddess

Many of the myths of Juno portray her as a jealous, vengeful wife, out to find her husband’s paramours and get rid of them. Juno was the Roman goddess of marriage, but her own marriage was a little difficult. Much of our knowledge of the myths of Juno comes from the Roman poets, Ovid, Virgil, and Homer. One story discusses how Jupiter created the fog to hide his many affairs from his wife. Despite all his efforts to hide what he did, Juno was vigilant about finding out and exacting her revenge.

One example of such a situation was after Jupiter had an affair with the goddess Io. She was a priestess of Jupiter, and he had fallen in love with her as he was wont to do. Io finally gave in to Jupiter’s charms, and they slept together. But Juno found out, and to keep Io safe, Jupiter transformed her into a heifer. Oddly enough, a heifer was one of the symbols of Juno.

Juno didn’t give up though. She asked a monster with one hundred eyes named Argus to find the heifer and keep watch over her. The monster began his search, but Jupiter sent out the god Mercury to stop him. Mercury lulled the monster to sleep and then killed him. To remember the monster that had tried to do her a good service, Juno put the hundred eyes into the peacock tail. The peacock is another one of Juno’s symbols. 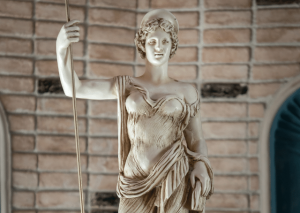 Another story has to do with the birth of Diana and Apollo, twins born of Jupiter and the goddess Latona. Juno found out about Jupiter’s dalliance with Latona, and she hurried after Latona to punish her. But from within his mother’s womb, Apollo warned his mother about where to hide. She hid away, and Juno couldn’t find her, but Latona began to give birth to the twins. As punishment, Juno Lucina, one of the aspects of Juno, refused to assist. Latona had to go through the birth on her own.

Juno & The Founding of Rome

Jupiter has his own role in the founding of Rome, but so does Juno. Different from her Greek version, Hera, Juno had more of a role in politics and warfare. The Roman poet Virgil wrote a story called The Aeneid. He described Juno’s reluctance to help the hero of his story, Aeneas, found the city of Rome.

Virgil used Juno’s name in the story, but this may have also been taken from Greek mythology. Juno didn’t like Aeneas, and so she wanted to stop him from succeeding. Aeneas planned to go to the city of Carthage, and she loved that city. It was her favorite place to dwell, and she knew that in the future, the future city of Rome would destroy Carthage.

She wanted to prevent the founding of Rome to keep her beloved city. Now, in the story, Virgil doesn’t understand Juno’s anger against Aeneas at first. Later, it’s revealed that she was jealous. Aeneas was a Trojan, and the Trojan prince Paris thought that Helen was even more beautiful than Juno.

Eventually, Aeneas arrived in Carthage, and there, Queen Dido fell in love with him. She asked him to stay there. That was all part of Juno’s plan, to keep Aeneas in Carthage so that he couldn’t leave and go and found Rome. But Aeneas was Venus’ son, and a battle began between Venus and Juno about Aeneas’ destiny to found the great city.

Eventually, Aeneas left, and Queen Dido killed herself for sadness at his loss. He sailed to Sicily, but Juno kept trying to stop him. She asked women to burn the boats. Then she created a storm on the sea to stop him from getting to his destination. But Neptune, her brother was angry at her getting in the way of his domain, and so he ruined her plans. Aeneas and his men landed safely and later founded the city of Rome.

Worship of the Queen of the Gods

Juno, Jupiter, and Jupiter’s daughter Minerva all had temples on Capitoline Hill. They were the divine ruling triumvirate, called the Capitoline Triad. Capitoline Hill was the religious center of Rome. At her temple, there were always flocks of geese, which was one of her symbols. Once, geese saved Rome when their noise alerted warriors that enemies were coming.

There were many festivals dedicated to Juno throughout the year. One of them was Matronalia. This festival was held on the first of March each year. It was a time to celebrate Juno as the ‘Mother’ of Rome as well as Juno Lucina, the goddess of childbirth. It was a time of awakening and renewal of life. The people sacrificed lambs and cattle in her temples.

Another festival held in her honor was called Caprotinae. It was in July. There were animal sacrifices, and slave girls would beat themselves ritualistically.

The other festivals were:

Her name was the inspiration for the month of June. Because she was the goddess of marriage, the Romans thought it very auspicious to marry in June.

In art, Juno is represented as both powerful and beautiful. Depending on the aspect of Juno that is displayed, she wears different objects. A lot of the time, she is depicted with military gear. She wears goatskin, has a cloak, as well as a small crown. She might also have a shield and carry a spear. One can find sculptures of Juno, both ancient and modern, all over the world.

Juno had many symbols. She had flocks of geese at her temple. Her other animals were also the peacock and the heifer.

Just like the ancient Romans, we still call the month ‘June’, and it’s still a popular time for people to get married. Also, in 2011, NASA sent an unmanned spacecraft to space. They named her Juno. Just like the goddess, the spacecraft Juno was on a mission to observe and keep a watch on Jupiter.

Juno was the most powerful goddess in Roman mythology. It’s strange that eventually the Romans chose one god and made him a male. The resulting religion was also quite patriarchal. The Roman forgot just how much they revered their goddesses, especially Juno. She was at the head, serving as a partner to her husband Jupiter.

Unfortunately, her power, in the Roman poems, was often portrayed negatively. She was a woman focused on getting revenge against her husband’s paramours. She fought tooth and nail to hurt the women who were cheating with her husband. And yet, what about the other aspects of her personality?

She was the ultimate protector of women in the state of Rome. She controlled all aspects of women: menstrual cycles, marriage, and childbirth. This is the side of Juno that the poets seemed to have forgotten to mention. Yet, her power can live on. Before Christianity took over a lot of the world, the Romans believed in the power of femininity. That’s something we can remember.