The Middle East refers to the nations around the southern and eastern parts of the Mediterranean Sea extending over the Arabian Peninsula. 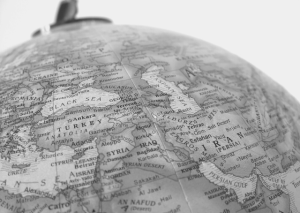 It is a region found between Europe and Asia and the northeastern part of Africa, making it a transcontinental zone. Others have also extended the scope of this loosely defined geographic region to the Indian Ocean.

Throughout its history, the Middle East has been a center of world affairs, such as economic, political, cultural, and religious activities. Even agriculture was believed to have been discovered in the region during the Neolithic period.

Composed of 17 powerful states, you must understand the unique cultures and traditions concealed in each country in the Middle East. They all embody distinct cultures and customs, which comprise a marvelous territory.

It’s indeed an exciting culture, and once unveiled, you will witness a priceless treasure in humanity.

What Is the Middle East?

Culturally speaking, it is not easy to limit the Middle East to a geographic area with defined borders. You should know that the Middle East comprises a combination of Asian, European, and African origins; thus, it represents various cultures, traditions, histories, economies, education, sciences, and religions.

For many historians, the Middle East is the birthplace of civilization. So you can easily understand why, despite differences in culture and religion, we embrace the contributions of the Middle East to the world. It is regarded as the main stage for cultural connections, such as language, religion, politics, and even philosophical teachings.

Furthermore, the word “Middle East” has been regarded as the area between Saudi Arabia and India, according to the American naval strategist Alfred Thayer Mahan, who coined the word in 1902. It was an era when the British and Russian Empires showed a strong rivalry in Central Asia in what was known as the Great Game.

Strategically located near the Persian Gulf, the Middle East is situated near Egypt’s Suez Canal, a principal passage for the British Navy to concentrate in force against the Russian military. Taking advantage of the canal, the British used the region to block the Russians from advancing towards Europe, hence fulfilling their mission in the Great Game.

Where Is the Middle East Located?

The Middle East is a term used by western Europeans for the countries of southwest Asia and northeast of Africa located west of Afghanistan, Pakistan, and India.

The Middle East was considered midway between Eastern Europe and East Asia or the traditionally famous Far East. The region is commonly known culturally as a group of Islamic countries with a small presence of other religions.

– Is the Middle East in Asia?

Distinct civilizations in the region have produced intellectual, economic, political, and cultural contributions in the present world. With its profound cultural connections, one can understand the unique legacy of the Middle East in our history.

The Birth of Civilizations

Middle East countries have been significant players in world affairs. Did you know that the earliest civilizations were born in the region around 3500 BC? The ancient Sumerians created the first great civilization in Mesopotamia 6,000 years ago. Historians agree that they settled between the Tigris and Euphrates rivers, presently known as Iraq and Syria.

Later on, the Akkadians, Babylonians, and Assyrians spring up in the Middle East, too.
In terms of economy, the Middle East has emerged as the world’s largest source of oil, which is an important factor in the stability of the global economy.

This vast region of mostly deserts produces 37 percent of the world’s oil and 18 percent of its gas. It also provides 65 percent of global oil reserves and 45 percent of natural gas reserves.

With a diverse economy, the Middle East supplies hydrocarbon exports to international free-market economies. Its oil production and exports have an impact on the entire region, providing wealth and labor utilization. However, due to economic instability in recent years, several countries in the Middle East have maneuvered their efforts to modify their economies.

Aiming at Building an Inclusive Economy 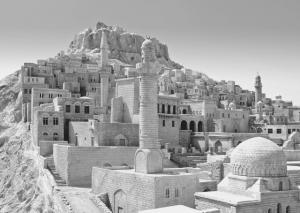 Due to escalating problems in today’s economy, the region has started refining its economic strategies. One common issue that the region has addressed in terms of economic and policy reforms is the integration of the Middle East into the global economy. It is their goal to call for reforms to improve the Middle East’s global financial integration by establishing an inclusive economy.

This also called for a reform of the trade sector and agreements that had prevented the entry of most traders. They acknowledge that trade openness is a significant contributor to higher productivity per capita income growth and that everyone deserves a fair chance in the global economic window.

Regions of the Middle East share distinct cultural and religious activities that form substantial parts of their lives. So don’t be surprised to see ancient idols carved on stones, wood, trees, and clay to express the people’s faith and belief in a supernatural being.

The Middle East is the birthplace of old-age religions, such as Judaism, Christianity, and Islam. These are all monotheistic religions that grew from the same tradition. Aside from these, there are also smaller minority religions, such as Baháʼí Faith, Druze, Alawites, Manichaeism, Sabianism, Bábism, Yazidism, Mandaeism, Gnosticism, and Zoroastrianism found in the region.

Today, Middle East regions are also the spiritual centers of Christianity, Islam, and Judaism. It is interesting to see that this land has become the crossroads of three important religions in the world.

Christianity originated in the region in the first century AD. It was one of the main religions in the Middle East until the Muslim conquests of the mid-to-late seventh century AD.

Characterized by diverse beliefs and traditions, Christianity teaches faith in Jesus as the son of God who has come to save the world from sins. However, Christians only make up five percent of the population at present, and it has also declined by 20 percent in the 20th century due to persecutions against believers of Jesus.

Christians around the world enjoy their freedom to have worship services and celebrations to honor God, but such freedom is strongly tempered in the Middle East.

Countries in the Middle East mostly follow the Islamic faith. With 20 percent of the world’s Muslims living in the region, you can see the concentration and power of Islam vis-à-vis other world religions. Islam is a monotheistic faith in one God named Allah, and it is based on the Quran. To teach the principles of Islam, the Muslims believe in Muhammad as the final prophet of God, also known as the Seal of the Prophets.

Islam per se is an Arabic word derived from the word peace, which means submitting to a higher will. Therefore, some scholars have defined Islam as a way of seeking peace by submitting to the Divine Will. Through the Islamic faith, Muslims have learned to follow the five pillars of Islam and their articles of faith.

Islam believes in the three articles of faith, namely, Belief in the Oneness or Unity of the Divine, Belief in Angels created by God, and Belief in the Revealed Books of God.

Islam is built on five pillars:

The first pillar is a statement of faith. The other four pillars are major exercises of faith.

These pillars constitute the basic norms of the Islamic faith. They are recognized by all Muslims globally, regardless of their ethnic or regional differences.

Upholding the pillars is considered obligatory for all sincere followers of the Prophet Muhammad, Sunni, and Shia, but that doesn’t mean that all those who identify as Muslims keep them religiously. Like in other religions, some people are more committed than others, and people’s views differ depending on their level of faith.

Muslims are divided into two groups: the Sunni Muslims and the Shi’a believers. There are minor sects, too, like the Ahmadiyya. Islam followers know that a major source of conflict in the Middle East and Asia is the difference between the two main sects of Islam: Sunni and Shi’a. They are fighting about who would lead the Muslim community after Muhammad’s death.

There have been fights in the region for years, but Islam is the common thread that binds these Islamic countries together.

At present, Judaism in the Middle East is mostly practiced in Israel. However, a large portion of Mizrahi Jews lives in Israel. They are those who have never left the Middle East and North Africa since the beginning of the Jewish people 4,000 years ago. Israel’s population is 75.3 percent Jewish, Muslims comprise 20.6 percent, and Christians and other minorities comprise 4.1 percent.

Mizrahi Jews include descendants of Babylonian Jews and Mountain Jews from modern Iraq and other neighboring countries. They no longer live among a Muslim majority, but they continue to follow many customs with strong Muslim and Middle Eastern influences, making them different from European Jews.

Religions found in countries in the Middle East greatly affect the region. The more religious people there are, the more divided they become. The spread of devotees over the face of the earth meant that they were now followers of regional groups.

In Judaism, for instance, practices like the laws of purity kept different groups apart. They respect each other’s rules, but different practices kept them from mingling socially.

Politics in the Middle East

The Middle East has been a region of political chaos for ages. Although countries in the region share the same Islamic faith, they have failed to settle political and territorial disputes like the case between the Israelis and Palestinians. In addition, the civil war in Yemen, which has been a perennial domestic disturbance, continues to haunt the country. Studies have shown that more efforts have to be made in order to overcome the existing havoc in the region.

What generalizations can we draw about the politics in these Middle Eastern countries? Politics in the Middle East has not always been so alarming, yet modern society needs us to be vigilant.

In fact, contemporary political history has been undecided between stability and cultural change. Imperial control by European powers gave way to an era of transformations in the middle of the 20th century as the countries of the Middle East became sovereign entities. 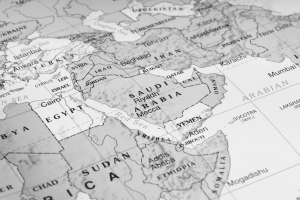 The Middle East is a transcontinental region that includes parts of Eurasia and Africa. Composed of 17 states, the region spans countries that share common factors like ethnic groups, geographic locations, religious beliefs, and political history.

The grand culture of the Middle East lies in its ancient heritage, fueled by a robust economy due to its bountiful petroleum supply.

Religion plays a significant role in the making of the Middle East nations, which served as the birthplace of major religions in the world. The Middle East is the spiritual center of Christianity, Islam, and Judaism. However, perennial political troubles have marred the region, which is heavily affected by the classic feud between religious groups.

Finally, modernization may probably be the most important problem of the Middle East and Asia at present. How can traditional societies of the region cope with the modern world? To answer this, the rise of a new civilization is apparent.