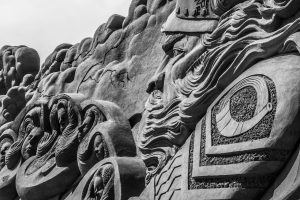 Norse demigods are very famous in Norse mythology and even beyond the mythology.

Probably because they have been shown to possess great power and strength.

In this article, we talk about the most famous demigods of Norse mythology and their characteristics.

Table of Norse Demigods and Their Ancestry

Here we discuss the important demigods of the Norse Mythology in detail. Some are the main gods and some are whole populations that are descendants of the gods. Here we will look closely at each of them.

Saemingr is probably one of the most famous demigods. He is the son of Odin and the mortal human woman, Queen Skade. Queen Skade was a giantess and the wife of Njord who was the principal god of the Vanir tribe. Saemingr portrayed all the qualities of a demigod.

Bragi was another son of Odin. His mother was a giantess named, Gunnlod. Bragi was the god of poetry. His abilities of poetry were so fitting because his mother, Gunnlod’s sole purpose was to guard the mead of poetry and to make sure that it remained unharmed.

The story of Sleipnir and his birth is strange. He is known to be the son of Loki and Svaoilfari, who is a horse. The illustration that shows the couple also shows that instead of Svaoilfari carrying the baby, it’s Loki. Not much information is present about the matter other than what has already been explained here.

Rigsthulla is known to be another name for Heimdallr. Rig visited three couples one night and slept in their bed. Nine months later the three couples had beautiful healthy babies. The three babies were named Praell, Karl and Jarl meaning slave, freeman and nobleman, respectively.

The Volsungs are a tribe of descendants of the god Odin. Odin’s son, Sigi started the Volsung tribe. He left Asgard and came to Earth where he lived with his tribe till his death. Volsung, Sigi’s son, became the chief of the tribe and had many descendants.

The lineage of Scyldings can be traced back to Skiold, the son of Odin. The descendants of Skoild became the Danish of today.

The Ynlings are the direct descendants of Freya and Njoror. The dynasty of Ynglings started in the area that is known as Sweden today. From Sweden, they went to Norway. Some of the last remnants of Ynglings can be found in the faraway villages in Norway.

– What Is Norse Mythology?

This mythology is a collection of myths of the North Germanic people. It contains the legends and myths of the Norse paganism until Christianity reached the nordic people. The mythology has a vast variety of deities, monsters, heroes and beings. Most of Norse mythology has been corroborated by the discovered and unearthed medieval manuscripts, folk traditions and archaeological findings. 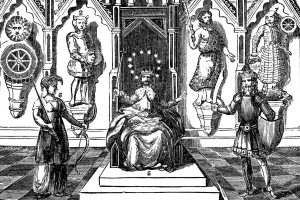 The other important characters in Norse mythology were Thor, Loki, Heimdallr, Frey and Geror. These gods had supernatural powers and abilities.

The most famous texts that narrate Norse mythology are known as Prose Edda and Poetic Edda, which were compiled in the 13th century. These texts were written in Iceland and by the poets of the time. The poems describe Norse mythology very beautifully and with great detail. Many different adaptations of the poems have since been created and widely read.

– How Are Norse Demigods Brought Up?

Demigods are a result of a relationship between an immortal god and a mortal human being. Throughout the history of mythologies and folklore, demigods have been seen everywhere. The demigods have different properties according to the mythology they belong to.

Some of the most common features of the demigods are as follows:

– Norse Demigods and Their Lineage

Anyone who is interested in the Norse myths must have wondered about the possibility of demigods, their offspring and their powers. The demigods lived on Earth and had a small fraction of superior abilities and powers.

These powers were given to them from their god’s side. One might think that this power would be descended from the parent to the offspring which is only possible if both the parents are individually demigods. The reason behind this notion is that when a demigod is formed, the abilities are already watered down. So the two demigods will give off powers to their offspring which will most likely be less than their own powers and abilities.

This is not the case when a demigod is born from a demigod and a human woman. The supernatural abilities and powers would disappear completely. The reason is quite simple and understandable. The abilities which were watered down before have now watered down to being nonexistent.

– Who Is the Most Powerful Norse Demigod?

The most powerful Norse Demigod was Saemingr. He had the qualities of a Norse God-King, Odin and a giantess, Queen Skade. The most powerful Norse god would have to be Thor who was the God of Lightning. Even though Odin was the prime God King of Asgard in Norse mythology, his powers came second to that of Thor.

– Did the Norse Gods Have Demigod Children?

The Nordic gods had a lot of demigods. They came to Earth to bore children to human women. History is filled with many demigods of Nordic Gods and other gods of other mythologies. Among the Norse gods, Odin had the most children with mortal women thus having the most demigods to his name.

– Who Is the Norse God of Magic?

In Norse mythology, Odin is the god of magic. He is also the god of wisdom, divination, death, war and poetry. Odin always kept an owl with him and attributed him as the source of some of his powers.

Yggdrasil is the tree of life in Norse mythology. The Norse mythology evolves around nine worlds that come together to form Yggdrasil. It is a source of great energy and power. The Norse people consider the tree sacred and worship it as this tree is thought of as the life-giver.

– Which Culture Has Famous Mythologies?

The most famous mythologies in the world like Greek mythology, Mesopotamian mythology, Indian mythology and many more, always have some reference to demigods. The formation of a demigod is quite controversial as a god comes down on Earth and impregnates a mortal woman but nevertheless, this phenomenon was quite popular.

Many different stories and tales are present on the matter. Many people used to fake their identity and become fake demigods just so they could be popular and worshipped as the offspring of the gods above.

The life of the demigods was always very hard. They often found themselves in the middle of battles, fighting their immortal father’s fights on Earth or simply fighting against them. Because the demigods had superhuman powers, they could not hide in the shadows for long and soon their true identity would be revealed to the and to the people around them. 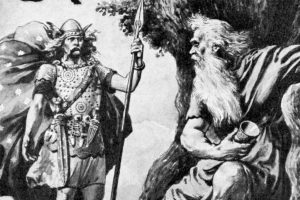 Demigods are a breed of superhuman gods that have lived and walked the Earth. Norse demigods are one of the most famous demigods. Here are the most notable points from the article above:

The demigods of Norse mythology held great respect and strength. The mythology also cherishes the part-human and part-god creatures. Their legacy surely lives on. Here we come to the end of the article about Norse Demigods.