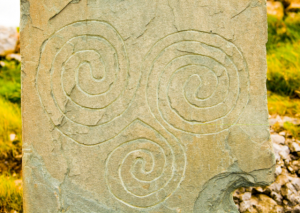 This pantheon was a mixture of Celtic gods and goddesses taken from Scotland, Ireland, and Wales. Their myths were taken from ancient writings and collections of stories. The group of Irish gods was called the Tuatha Dé Danann.

Together, the stories of the Celtic deities form fascinating mythology, full of magic and intrigue and death, and we cover the list of gods here.

Morrígan is one of the unique figures in Celtic mythology. She was known as “The Phantom Queen” for her appearance as a warrior goddess. Her story was a little confusing because she was one of a trinity of powerful, magical sisters. Morrígan was either the name of when they were banded together or the name of only one of the characters.

Both her and their powers were about death, battle, and prophecy. Most of the time, they used their gifts to get involved in turning the tide of significant clashes.

Cú Chulainn is a great war hero, and he was known as the Hero of Ulster, his home. He had incredible powers, and he gained these powers as a descendant of the gods. He was able to get himself into such a frenzied rage that he could take on multiple foes at once. And his body was more powerful than any other human man’s.

Cú Chulainn would ride into battle by a chariot with two strong horses. However, one day, when he came across Morrígan, he sealed his fate. She predicted his death by his enemies, and the very next day, he was killed in battle.

Cernunnos is a god of beasts and wild things. He was also called The Horned One. While he has an exciting tale, a lot of his story was lost to time, and we don’t have many details.

What we do know is that he often appeared as an older man with a beard and antlers. He ruled over wild things and wild ways.

Taliesin is famous as a man of poetry, history, and strategy. He was known as the Great Bard or Chief of Bards. He hailed from Wales, and he served in the courts of many kings, including King Arthur. Not only was he known for his great poems, but he was also famed for his beauty.

While there was a real Taliesin in history, it’s unclear which part of his collection of stories is genuine. His character was similar to that of Merlin, who served as an advisor to King Arthur.

Dagda or The Dagda is the chief of the gods in the Irish pantheon, Tuatha Dé Danann. He was also the god of agriculture, fertility, life, and death. Furthermore, he was very wise and well-respected among the gods of the pantheon. He had three treasures that he held dear. He had a cauldron of wealth, a club that could decide between life and death, and a harp that could control men and seasons.

He was married, but he also had many lovers and many children. He lived in Brú na Bóinne, and he always looked a little bit oafish with clothes that never fit. Some scholars believe that Christians changed Dagda’s appearance so that this chief of gods looked foolish compared to their god.

Queen Medb is the Queen of Connacht, and she was the villain in Ulster and Cú Chulainn’s story. Her name means “she who intoxicates,” and she was able to defeat many men with her cunning and seduction. She had many lovers as well as a husband, and she required three things of them. She asked them not to feel any fear, jealousy, or meanness towards her.

She could always get what she wanted, and in one of her tales, she wanted a famous bull that Cú Chulainn owned.

Danu is the mother goddess. She was the goddess from whom all the other gods and goddesses descended. She is one of the ancient Celtic gods that not much is known about her, and she doesn’t play a significant role in many Irish myths. Some scholars believe that she took her name from the Danube River.

Lugh, or Lugh of the Long-Arm, is the god of kings and rulers as well as justice. However, he had many other talents and skills as well. He was also the god of oaths, and so had control over many rulers. He would pass judgment upon them, and he would often use no mercy. He had an interesting story.

He became king of the gods after it was passed to him after King Nuada’s death. In general, he was a good king, even though he often enjoyed being a trickster type of god.

Brigid is known as The Exalted One, and she was the goddess of fertility, agriculture, poetry, and the dawn. She was a goddess of many more things, including wells. Also, she is one of the most famous Irish deities and is still known today. Many of the wells in Ireland are dedicated to her.

She is celebrated each year on a holiday named Imbolc on February 1. She has many similarities to St. Brigid of Kildare, and their stories became a little confused. However, she is one of the most revered Irish goddesses. 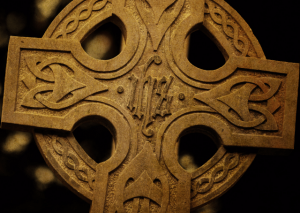 Cailleach, or The Veiled One or Queen of Winter, is an old crone who controlled the weather and the winds. She was also often called The Divine Hag, and she was known throughout the Celtic lands. She had a rather frightening appearance with pale or blue skin, red teeth, and sometimes only one eye.

She was strong enough and big enough to walk over mountains. In some parts of the Celtic world, she could even transform into a bird. She also carried a hammer to build the landscape.

Neit is the god of war, and he was married to two sisters of the Morrígan, Nemain, and Badb. Despite his rather powerful title as the god of war, he didn’t have many stories which involved him. When the gods moved to Ireland, they battled for the lands against those who lived there. Sadly, he was related to many of the residents there, and he fell on the battlefield.

Herne the Hunter has a very unusual story. He was a ghost who haunted Windsor Park in the Berkshire Woods. He had a tree in particular in the park, which he haunted. But there is a lot of debate as to which nearby tree he often resides.

As a specter, he mostly scares the animals nearby and if humans dare to venture too close. There was a belief that Herne was a real man who had been caught poaching, and so, he was killed. He remains behind as his punishment, wears the antlers of a stag, and has chains that rattle.

Arawn is the Lord of the Welsh Otherworld. In this Otherworld, one could be granted a fair and peaceful afterlife. It was believed to either reside as an island in the sea, a cauldron under the sea, or underground. He was a very skilled hunter and could also shapeshift.

He was found hunting each day, but he had a rule about his land. No animals could be poached from his area, and if they did, it would be so under pain of death. That brought him to his greatest myth, connected to a man named Pwyll.

Ceridwen is a sorceress in Welsh mythology, known as a white witch. She had a special cauldron that she could use to shapeshift and provide knowledge and beauty to others. Her powers of intelligence, inspiration, and prophecy are called Awen. She was one of the most powerful witches in Welsh mythology.

Gwydion is a magician and a trickster in mythology, and he was the defender of the kingdom of Gwynedd. He could use his magic and clever ideas to get what he wanted. One of his most famous tales involves him starting a war with a neighboring land. He was then later punished by being turned into an animal for three years.

Nuada is the king of the gods, and his other name was Nuada of the Silverhand. He was one of the major Celtic gods, most famous for losing his hand in the first battle for the Emerald Isle. His brothers crafted a silver hand for him, from which he got his name. However, he died in the second battle, and the kingship changed to Lugh of the Long-Arm.

Aengus, or The Young One, is the god of love, poetry, and beauty. His father was the Dagda, and he could also use his powers of poetry to inspire others. Sometimes, he even used his skills with words to get what he wanted or get the better of others. He also could shapeshift, and he used this power to find the woman he loved.

Badb is one of the three sisters, Morrígan, and she was the one who could transform into a crow. Her other name was “Battle Crow” because she would often appear as a crow during battles. She and her sisters would turn the tides of war by scaring the opponents with their mystical powers.

Taranis is the Celtic god of storms, and he was also known as The Thunderer. He could travel around the world as quickly as lightning. He was able to command the power of storms, and early worshippers feared him. He might have even been given human sacrifices in worship. 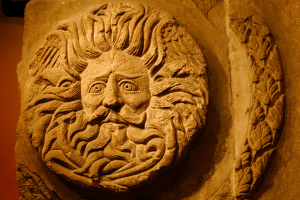 The Celtic pantheon of gods and goddesses is a fascinating one. Each god has some sort of strange power, strange name, or a story that’s worth telling over and over. Perhaps that’s why so many of the gods and goddesses have retained their renown and legacy today.