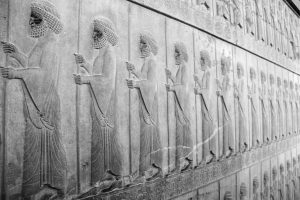 Throughout history, one of the most confusing topics to discuss would be the difference between Assyrian vs Syrian. These are completely different terms for people who lived in different timelines and in different countries located in different places.

Check this article to find out the details of these nations.

What is the Difference Between Syria and Assyria?

The main difference is that Syria is a present-day, modernized, and well-developed nation that can be found in West Asia, whereas Assyria was an ancient civilization that no longer exists.

Syria is also known as the Syrian Arab Republic located in western Asia and surrounded by Iraq in the east, Lebanon and the Mediterranean Sea in the west, Israel in the southwest, Jordan in the south, and Turkey in the north. Some regions of ancient Assyria, the Syrian Desert, and the coastline of the Eastern Mediterranean comprise it.

The city of Damascus is the capital of Syria and also the oldest city, which has been inhabited from the early civilizations up until now.

Syria was named after King Cyrus who ruled the territory in 1500 B.C., in an area that is now known as modern day Syria.

On the contrary, Assyria was an ancient kingdom built in Mesopotamia or what is known today as modern Iraq on the Tigris River. It existed between the 23rd century B.C. and 608 B.C.

After the fall of the Akkadian kingdom in 2154 B.C., Assyria came into existence. Sargon of Akkad, who spoke Akkadian, desired to unite various regions and leaders. However, when these fell, two kingdoms were established: Babylon in the south and Assyria in the north, which was named after the city of Assur that was also known as Subartu.

Assyrians used to be Semitic people who lived in what is now known as modern-day Syria and modern-day Iraq before the Arabs invaded Assyria. Generally, Assyria can be referred to as the geographical region where the Assyrian kingdom prospered, and their lineage is still evident in these areas.

The Syrian population is 90 percent Muslim, further categorized as 74 percent Sunni and 13 percent Shia Muslims. The minority of the population includes 10 percent Christians and 3 percent Druze. Most of them speak the Arabic language, but some people speak Aramaic, which was the Assyrian language. 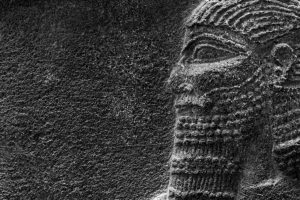 During ancient times, the Assyrian civilization was centered at the city of Assur or Ashur, named after their god. Assyrians controlled a large territory from southern Iraq to the Mediterranean coast.

Before it gained its independence, the city was controlled by Sumerians of the Sumerian civilization until it fell about 4,000 years ago.

Most scholars today often divide the history of Assyria into three periods: the Old Assyrian, Middle Assyrian, and Neo-Assyrian periods.

In the Old Assyrian period, Assyria’s power was limited after it obtained its independence. In their ancient texts, early rulers didn’t call themselves “kings”; rather, they called themselves “vicegerents of the god Ashur,” which means governors of the god Ashur. Those modest titles were found on an ancient inscription from an Assyrian temple’s stairway and translated by Albert Kirk Grayson.

When the ruler Samsi-Adad conquered and took over the city of Assur, he gave himself a title which scholars usually translated as “king of the universe.” Upon examining inscriptions and archeological remains, these showed that Samsi-Adad lived sometime around 3,800 years ago and based himself in Syria, which is now known as “Tell Leilan,” instead of in Assur.

– The Reign of Babylonians

After the death of Samsi-Adad, the territory was taken over by Hammurabi from the Babylonian empire, Mittani kingdom, or Hanigalbat. Ancient records that were discovered revealed that the city of Assur was strongly influenced and controlled by Mittani during 1500 B.C.

The Middle Assyrian period happened during the 14th century when the kingdom of Mittani’s reign began to fade, and people from the city of Assur began to contend for their city’s independence. This period was also labeled as the newfound Assyrian independence.

Initially, the ruler Assur-Uballit, who reigned from 1363 B.C. to 1328 B.C., defeated a region near Assur and gained diplomatic recognition of his status from the kings of Egypt and Babylonia.

– Reconstruction of the Land

The ruler Adad-nirari I (1305–1274 B.C.) conquered the kingdom of Mittani, which had ruled Assyria a century earlier. He imposed forced labor on the city’s survivors, built a palace, and erected a stele as a symbol of his control over the city. He also used the title “king of the universe” to refer to himself; this was a title future Assyrian leaders would also use.

According to ancient records, the successors of Adad-nirari I pursued to expand the Assyrian territory. They conquered Babylon under the leadership of Tukulti-Ninurta I (1243–1207 B.C.). They set foot on the Mediterranean coast during the reign of Tiglath-Pileser I (1114–1076 B.C.).

Assyrian rulers continued to show their military prowess during that time. An inscription from their ruler Tiglath-Pileser I was translated by Albert Kirk Grayson as “altogether, I conquered 42 lands and their rulers” from across the Middle East. He said that he was a “valiant man” with an “unrivaled bow” who was such a good hunter that “I killed on foot 120 lions with my wildly vigorous assault.”

However, these inscriptions from the time of Tiglath-Pileser I and his successors brought problems to Assyria. Civilizations and cities across the Middle East fell when the Aegean people set foot in the region, removed local populations, and collapsed trade networks. According to Assyrian records, Tiglath-Pileser I and his successors often fought against the Arameans.

In the following two centuries from Tiglath-Pileser I’s reign, the kingdom remained in control of the city of Assur and the places near it, but the territory gradually contracted. Assyria didn’t expand its territory again on a large scale until the 9th century B.C.

The Neo-Assyrian period was the time from the 9th century B.C. when the Assyrians began to expand their territories again up to the destruction of their empire before 600 B.C. According to scholars, the Assyrian territory reached its greatest geographic size around this time.

Under the leadership of Ashurbanipal II, who reigned from 883 B.C. to 859 B.C., Assyria regained power over the territories it had once controlled, including the Mediterranean coast.

To acknowledge his achievements, Ashurbanipal II built a new palace in the city of Nimrud instead of in the city of Assur, made it his capital, and used it to control Assyria. Sargon II, who reigned from 721 B.C. to 705 B.C., established a new city called Khorsabad and made it his capital. Sennacherib, who ruled from 704 B.C. to 681 B.C., moved the Assyrian capital as he constructed a new palace in Nineveh.

Assyria invaded Egypt under the rule of Esarhaddon, who reigned from 680 B.C. to 669 B.C. He defeated the Egyptian pharaoh Taharqa in 671 B.C. and captured Memphis, the Egyptian capital. They tried to rule Egypt through their vassal rulers.

Since then, Assyrians had fought several battles until their military forces were gradually drained and their territories were destroyed or taken over under the rule of Sinsharishkun. In 600 B.C., the Assyrian kingdom had totally reached its downfall. However, the survivors and their descendants lived through a long line of rulers

Northern Iraq and southeastern Turkey comprised modern day Assyria. Other descendants of Assyria or the present day Assyrians can be found in Sweden, Germany, Russia, Australia, Israel, Armenia, Jordan, and other countries. They were scattered throughout different places after the 1990 Iraq war.

Ancient Syrian people lived in one of the oldest civilizations in the world. Their country had a rich cultural and artistic heritage. Syria is one of the most ancient inhabited regions on Earth. Dating back to roughly 700,000 years ago, the oldest human remains were found in Syria.

Syria became part of the Byzantine Empire after the fall of the Roman Empire. In 637 A.D., Muslims took control of Syria and made it an Islamic region. Damascus became the capital of the Islamic world but was soon replaced by Baghdad, Iraq around 750 A.D.

This change caused an economic decline in Syria; the region became unstable and was controlled by various groups. From the year 1516 up to 1918, the Ottoman Empire ruled Syria and made it peaceful and stable. 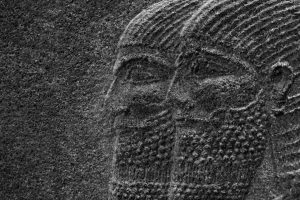 This often confuses readers, which is understandable because Assyria consisted of a portion of the region known today as modern Syria and modern Iraq.

Despite their differences, Assyria and Syria exhibited an epic influence on history through their culture, language, beliefs, and religions during their respective times.