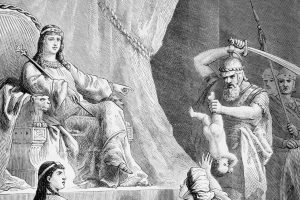 Kings of Israel lasted from about 1020 BCE to 922 BCE under the United Monarchy of Saul, David, and Solomon. Eventually, the nation ended up splitting into two kingdoms after the death of King Solomon.

This article will widen your perspective on the Kings of ancient Israel, so read on to find out who they were.

Different kings ruled before the division of the kingdom for a brief period under three great ancient Israel kings: Saul, David, and Solomon. Ishbosheth reigned in one part of Israel for two years after his father, Saul, died. David, on the other hand, ruled the other part and lasted for just a few generations, as stated in the Hebrew Bible.

Why Israel Needed a King?

Israel needed a king because they wanted to be like all other nations having a leading earthly king. Israelites forgot that the Lord Himself was a strong leader and mighty king.

God’s plan for Israel was different from His plan for other nations; He created Israel uniquely, yet, God gave in to their request. He allowed the Israelites to have a king and picked out their earthly leader. He accepted the monarchy on the condition that Israel would still consider the Lord as the ultimate ruler.

It was the time of the prophet Samuel when Israel was in need of superior leadership, but he was an old man. His sons were unappealing successors, due to which Israel continued to demand a king to lead them. On the account of their demand to have a king was a rejection of God’s way of leadership over them.

Saul as the Ruler of Israel

King Saul played his role as the first king of the Israelites under the united monarchy; he reigned from 1020 BC to 1000 BC. His name “Saul,” was derived from the Hebrew word shaw-ool, which means “asked.” Saul came from the family of Matrites, a child of Kish and a part taker of the tribe of Benjamin. He was married to Ahinoam, daughter of Ahimaaz, and they were blessed with seven sons.

In the Hebrew Scripture, Saul was divinely anointed by the prophet Samuel. After being chosen as monarch, King Saul returned to his home in Gibeah with his followers and reigned. However, during that time some of the population were unhappy with the selection of Saul as their first ruler.

King Saul was known for successfully sparing Israel from its opponents and expanding its borders. His victory was seen as he won fights against their enemies, and managed to bring the 12 tribes of Israel closer.

Nevertheless, during the leadership of Saul, he committed a crucial mistake. God commanded him to destroy the Amalekites and their belongings, conversely, he disobeyed God. He refused to kill the king of the Amalekites, Agag, as a prized war trophy. He also ordered his people to take all the best sheep, cattle, fat calves, and lambs, as well as all goods.

Consequently, the Lord’s favor on Saul was removed, as the Lord ordered Samuel to anoint David the next king.

David was born in Bethlehem, being the youngest son of Jesse from the tribe of Judah and a grandson of Boaz and Ruth. He was the second king of Israel and called “a man after God’s heart” and the “anointed one.” God promised that from his line would come a Messianic king who would fulfill the promises made to Abraham and establish God’s kingdom over the nations.

Young David was considered the most compelling character in the Hebrew Scripture, being a shepherd boy, giant slayer, musician, conqueror, and now a king.

Despite being anointed to rule God’s people, David had a long path to kingship. When King Saul died, his youngest child, Ishba’al, initially ruled, however, only after his death, David became the king in 1010 BC.

He announced Jerusalem the new capital of the kingdom, moving the Ark of the Covenant, the supreme symbol of the Israelite religion, he even hoped to build the Temple of the Lord It was also in Jerusalem.

David defeated the Philistines, assuring the security of the Israelites, together with conquering small kingdoms including Edom, Moab, and Ammon. However, this noble and virtuous warrior eventually turned to wickedness as he committed adultery with a beautiful woman, Bathsheba.

King David became ungrateful after committing adultery and murder, abusing his position to cover his horrific sins. Rather than hating God, David asked for forgiveness, and worshipped the Lord. He comforted his wife, Bathsheba, making love to her, who gave birth to their second son, Solomon.

Solomon’s name derived from the Hebrew word “shalom” meaning “peace.” His alternative name was Jedidiah, “beloved of the Lord.” He was the son and successor of David and the third king of Israel. 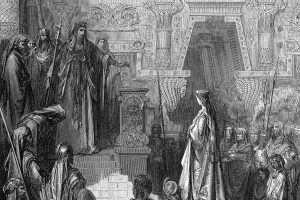 Solomon was also known for his wisdom, wealth, and writings. People turned to his words for advice about relationships, knowledge, riches, works, and more. King Solomon’s brightest moment was when he asked God to give him knowledge and an understanding mind to rule his people and be able to discern between good and evil.

The best-known evidence of Solomon’s wisdom was his judgment between two women who claimed to be the mother of the same child.

Solomon completed his father’s dream of establishing a temple for the Lord. The first temple, Solomon’s Temple, was built in Jerusalem and dedicated to Yahweh, the God of Israel. Being the wealthiest of the Israelite kings, he used his wealth, along with his father’s accumulated wealth, to build the temple.

King Solomon followed his father’s way of choosing wives from other tribes. He married the Egyptian pharaoh’s daughter, to insure allies. As a result, God was angered because his 700 wives and 300 concubines were many foreigners, who pushed Solomon away from Yahweh and worshiped false gods and idols.

King Solomon was the last ruler of the united monarchy, he died at around 931 BCE because of an illness. It was his son, Rehoboam, who succeeded him, as different tribes of Israel refused to acknowledge him as king.

Only the tribes of Judah and Benjamin remained loyal to Solomon’s heir, Rehoboam, in the south, with Jerusalem as the capital. Ten tribes joined together under Jeroboam I to establish a nation to the North called Israel, having Samaria as its capital.

An extremely sad story of lust and greed for power occurred when Rehoboam tried to increase the taxes for slave labor. The northern tribe rejected The leadership of Jeroboam, as they rebelled, seceded, and formed a rival kingdom.

It is upsetting to think that the people of God practiced the worship of idols, whom God hated. To compete with Solomon’s temple in Jerusalem, Jeroboam I installed two golden calves: Dan, along the northern border, and Bethel, in the south. Meanwhile, King Ahab and his wife, Jezebel, instituted the worship of Canaanite’s god, Baal.

God tried to prevent the corruption of Israel by sending them the prophets. Prophets were not fortune-tellers; they spoke on God’s behalf. They constantly reminded Israel to be a light to all nations, repent, and follow God. They called out idolatry and confronted injustice to their kings and the people.

The most prominent prophets in the northern kingdom were Elijah and his disciple, Elisha. They helped restore Israel from the time of the wicked rulers. Unfortunately, despite the miraculous acts proven by these prophets that the God of Israel was real, they were still unsuccessful in turning Israel back from apostasy.

The Role of King Hezekiah

The kings of Judah and Israel never again achieved the strength and wealth of the kingdoms during the reigns of David and Solomon.

After the split of Israel into two kingdoms, Judah remained faithful to Jehovah, the God of Israel. The Kingdom of Israel, on the other hand, went into apostasy ever since it was established. Their kingdom was more populous and powerful than Judah, despite the fact that they fell 135 years before Judah did.

During the reign of King Hezekiah, Judah had become more powerful. As God’s love to Jerusalem, He used King Hezekiah to rescue them from the Assyrians and bring revival to Judah.

King Hezekiah restored the Temple of the Lord, reformed the priesthood, and abolished all the idolatry from his kingdom. He restarted the Passover pilgrimage and the tradition of inviting the scattered tribes of Israel to take part in the Passover festival.

Thousands of Israelites from the Kingdom of Israel were forcefully relocated during the Neo-Assyrian Empire. The captivity began at about 740 BCE. It was about the year 722 BCE, Assyrians destroyed the northern area, and the population was deported. This event resulted in what is known as the “Lost Ten Tribes of Israel.”

Nonetheless, there was evidence that some people from the Northern Kingdom were not exiled. As a result, King Hezekiah invited them for the Passover feast in Jerusalem with the Judean population.

In 598–582 BCE, the Kingdom of Judah was destroyed by the Babylonians, and most of the powerful citizens of the nation were taken to Babylon. A large number of Judeans from the Kingdom of Judah became captives in Babylon, following their defeat in the Jewish–Babylonian War and the destruction of Solomon’s Temple in Jerusalem.

Exiled Judeans were permitted by Persians to return to Judah after the fall of the Neo-Babylonian Empire to the Achaemenid Persian Empire.

Brief History of the Kingdom

The leadership of the kings of Israel, under the monarch of Saul, David, and Solomon, was followed by some other kings that eventually turned the nation split into two kingdoms after the death of King Solomon.

Why did the Kingdom of Israel become divided into two after the death of the wise king?

The sacred text in the Hebrew Bible stated that the grievances over taxes played a role in the splitting of the nation.

The larger piece of the divided nation was referred to as the Northern Kingdom, which maintained the name Israel and was populated by 10 Israelite tribes. Meanwhile, the Southern Kingdom was composed of the tribes of Judah and Benjamin and was called the Kingdom of Judah. 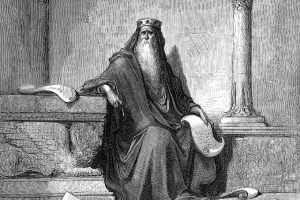 Jewish kings of ancient Israel were the anointed representatives of God to lead His people. However, because it was human nature to commit sins against God, they forgot their commitment and sinned.

Here are some remarkable stories of the kings of Israel and how they ruled:

The God of Israel allowed Hebrew kings to rule His land, but He also let them face the consequences of their decisions.