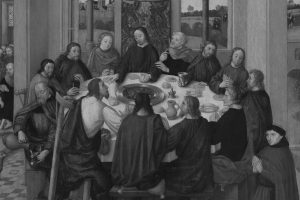 Mannerbund is a male society with practically no room for women.

What do they get from joining the bund? Is it just for men, or might there be some incidents where they allowed women to come and join their league?

Read this article to find out and learn more about the truth regarding this brotherhood.

Mannerbund is a German word for “men’s union” or “male bond.” This specifically refers to “bonded men “or a “band of brothers” with a common sworn statement. This brotherhood is observed to have definite rules and rituals and usually follows a hierarchical order. Being a member of this alliance is expressed through a specific symbol, outfit, tattoos, and hairstyle. This association is for men only; no women are allowed to join or become part of it.

In addition, this brotherhood is believed to play an important role in elite society. To describe the initiation rituals in East Africa, the folklorist Heinrich Schurtz created this terminology: Mannerbund.

In ancient history, there were groups that Schurtz and his descendants called “men’s leagues.” The male association included priesthoods and warriors, such as Jomsviking, Druzhina, Templar, and other Knightly orders. The student associations, such as the students’ corps and fraternities, are also involved, as well as the merchant communities, such as the Hanseatic League.

Heinrich Schurtz was born in December 1863 and died in May 1903. He was a German ethnologist. Altersklassen and Männerbünde (Age-classes and Male Bands) was his most remarkable work, and it talks about the gender roles in social institutions.

The ancient history of brotherhood began as a proto-Indo-European phenomenon and circulated in the Vratyas of India, Krypteia of Sparta, Ver sacrum of Italy, and Varangians of Scandinavia.

The Vratya means “member of a union” and came from the word Sanskrit vrāta (“bond“). The members of this brotherhood were young men who were about to end their training and enter into matrimony. As some of them were unmarried, they had to do some ritual tasks.

Once they were done with the training, the individual young person needs to follow a certain path: The eldest son will be allowed to marry and carry the household responsibilities from the father; he will be in the highest position within the extended family hierarchy. Others can be subordinate in their families or create a new fraternity with members who are on an equal level. Other young men in the family might be homeless wanderers.

The Vratya leader in India had a bow and a stick, black skins and garb, a silver necklace, and long hair and a turban. The Vratyas in India documented similar behavior of brotherhoods in Europe. They were being called the war band. They acted insensitively toward kings and Brahmins.

The Krypteia was viewed in two different ways:

The participants of Krypteia are called Kryptoi. Plato states that the Krypteia is a hardening training that includes suffering, such as walking barefoot during winter, sleeping on the ground, and so on. It was also said that the participants have to steal food for them to survive.

Plutarch has a completely different view of Krypteia. It is said that the Krypteia was used by the Spartans as an instrument against helots. This was also documented through an excerpt from Heraclides Lembus, saying how the “cleverest young people” were sent to the country.

The Ver Sacrum, commonly known as “holy spring” in Latin, was a tradition of ancient Italians, where a group of young men was sent out from the union to conquer lands for their livelihood and for starting a new clan.

All creatures born in March and April were dedicated to the gods. As soon as newborn males reach adulthood, they will be sent out as colonists.

The term Varangians was used to refer to the Scandinavian men’s associations. The members mostly came from the Gauten and Svear tribes, which is now Sweden. The Varangians were the warriors and traders from Scandinavia.

– The Pancavimsha Brahmana Describes the Vratyas as Follows

“Both the leader and his followers wear a black turban and robe. This somber coloring conveys lightlessness and therefore danger; black is the color of death. In addition to the turban and robe, the Vratyas wear a fur garment on the upper body, which is their social symbol special position, because furs are not considered everyday clothing in India. Moreover, the clothing was deliberately frayed and thus presented the wildness and nonconformity of the wearer.

An essential difference between the leader and the followers lies in the number of belts that are worn. The Grihapati wears only one as he is only bound to his deity, Rudra. The men of the troop, on the other hand, wear two belts because they are linked to the god on the one hand and to the leader on the other.

Only the Grihapati drives in a chariot drawn by two different draft animals (donkey and cow). To drive them, he has a long stick. He also has a bow and a quiver with three arrows. These three arrows symbolize Rudra in heaven, airspace, and earth.” [Wikipedia, Harry Falk: Brotherhood and Craps. Investigations into the developmental history of Vedic sacrifice. Friborg 1986. Translated from German Wikipedia]

– The Priesthoods and the Other Group of Warriors

The Jomsviking, Druzhina, Templar, and other Knightly orders were examples of priesthoods and warriors who mostly comprised a group of men.

The Jomsvikings were the legendary Vikings from the Baltic Sea Coast. They were a group of Viking mercenaries in the 900s and 1000s. They were a pagan people who were typically compared to the Crusaders of Christendom.

The Jómsvíkinga saga stated that the emergence of the association of the Jomsvikings referred to men’s union. It is composed of two parts: the first part deals with the Danish king’s history, particularly from King Gormr to King Haraldr Gormsson. The second was about the Jomsvikings history and their “heroic deaths at the Battle of Hjörungavágr.”

The Jómsvíkinga saga is thought to be fictional. However, it may be implied that the mercenary society was a fact as other sagas talk about it.

“No man should be admitted here who is older than fifty, and no younger than eighteen. Everyone should be in between. Blood ties should not play a compensatory role in accepting men who did not conform to the law. No man should flee from one equally combative and equally armed. Each should avenge the other like his brother.

No one should utter a word of fear or despair in any situation, however hopeless it may seem. Everything they captured on the expeditions they were to bring to the pole, lesser or greater goods that were worth money. And if someone hadn’t done that, he should have to go. No one should slander.

However, if any news should come out, no one should be so impertinent as to share it publicly; then Palnatoki was to announce all the news there. No one should have a wife in the castle, and no one should be away for more than three nights.

And if a man were admitted who had killed the father or brother of a man who was there before, or any other related man, and that came out later after he was admitted, Palnatoki was to decide all that, and so with everyone else discord that would arise among them.” [Wikipedia, Walter Baetke : Jómsvíkinga saga]

The Druzhina is also called Drushine or Drushína—a Russian prince’s army bodyguard in the Middle Ages. The Druzhina’s originally emerged from the Varangians—the warriors and traders from Scandinavia.

The Templars refer to the religious order of knights. Their members described themselves as Templars or Knights Templars. It was in the Kingdom of Jerusalem where the knightly order was established in 1118.

The male societies in Christianity were composed of religious orders of Knights, Chivalry, Crusades, Knights Templars, and Freemasonry. 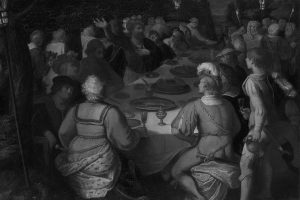 Male unions are still widespread in the Roman Catholic Church today, and they include the following:

The Importance of Mannerbund Today

Nowadays, some people tend to compare bund to the military or the police because of their rites of passage and rituals. They lead but they are dependent on their king, president, or prime minister.

Well, the closest comparison to the modern mannerbund would be the “outlaw” motorcycle clubs; they take oaths, they have their initiations and rites of passage, and they can even go to war if they want to.

Their culture and lifestyle typically cause them to be involved in illegal activities to earn money and allow them to keep the bund. This situation is no longer commonplace today, as some members are becoming business owners and supporters of their community.

Today, the modern bund is different because of the following reasons: 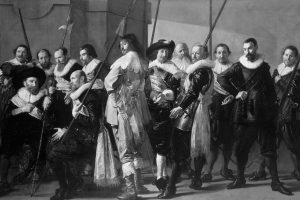 We learned that mannerbund is about an internal culture, rights, and services offered to the community.

Let’s recall the other information that we gathered:

When brotherhood is shown, every action will be impactful, whether it’s for personal or community interest. The alliances, trust, and beliefs these men showed are testament to their mission and continue the legacy of the mannerbund. 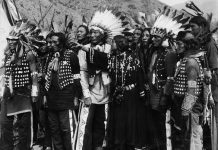