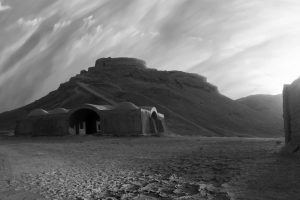 In this article, we bring you a detailed take on the economy of the ancient empire of Persia.

Each ancient society ascended towards a wealthy economy by doing agriculture. Keeping that in mind, Persia was no different. With time, the Persian society grew and educated themselves with new techniques of agriculture and also new money-making professions. Among many other things, the future rulers introduced international trade and also the concept of a state’s economy to the people.

Persia was under monarch rule from time to time. Like many other dynastic rules that we have seen in the ancient world, the Persian dynastic rule was also prevalent. Perisa went through many highs and lows as an empire, so its economy also took hits. Let us take a deep dive into the sands of the ancient Persian economy.

At the time when the Persian empire came to being, it was not as wealthy as the rest of the world. The advantage the empire had was that it had access to land and sea routes for trade. The Persian rulers made optimum use of the routes to bring in merchants and also to export their products.

In the list of sea routes, they controlled the waters of the entire Persian Gulf. They also wanted to control the Arabian sea and were adamant about it. They built huge ships and set sail to as far as China and Europe to bring in trade. Their business tactics came to be very useful as the merchants brought in much revenue and tourists from various countries.

The Persians conducted their land trade through the Silk Road. It was closest to them and would give them free passage to various countries. As the Persian merchants started visiting other countries, the merchants from those countries started coming to Persia as well. A gamble of giving and taking started, which was very important for the Persian economy. 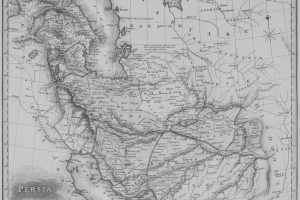 When Cyrus founded the Persian empire, the people were not that well off. They worked mostly as farmers and the empire lacked a structure, so Cyrus introduced major reforms.

After that, the Persian empire trade started from local to international markets. The Persian markets were known as Bazaars.

These Bazaars became the hub of trading in Persia. Almost every city and town, whether big or small, had a Bazaar. The Bazaar can be thought of as a series of shops that sell basically anything and everything, with some of the items being locally made and some imported.

Here we look at the various Persian imports and exports:

Persia was rich in valuable metals and its people knew how to mine. Throughout history, Persia is most famously known for exporting valuable metals like gold, silver, iron and copper. Other than those valuable metals, many crops were also exported like barley, cotton and corn. At that time, silk clothes were also a big export product for the Persians.

The Persians usually sat on the ground to eat and sleep. Their offices were also devoid of tables and chairs because it was their culture. The ground was spread with beautiful rugs and carpets. That is why Persia is also very famous for exporting handmade rugs and tapestries.

The Persians imported spices from India. They could not grow spices as most of their land was taken up by the crops, so the Persian empire and India were trade partners.

The Persian government imposed tariffs and taxes on both imports and exports, and this is how they made money. There were also fees of passage and staying in the country for the foreign merchants, but they happily paid for it because their business in Persia would bring them more income.

– The Rise of Persian Economy

The Persian economy rose to the heights of glory and success when they started trading with China. China was also a growing economy back then, and they both benefited from each other. The Persian economy did so well because of the system of trading that the government had imposed.

They asked their people to not bring differences in their conduct towards customers or merchants on the basis of their color or religion. Cyrus did an excellent job in bringing this culture to the people of Persia.

– Who Did the Persians Trade With?

The Persians traded with the Chinese, Russians, Indians, Egyptians and the Turks. They happily traded with a lot of countries and also with anyone who was willing to do so as the Persian empire was vast and multicultural. Despite different religions and colors of the people, the Persians gave the same treatment to everyone and excelled at trading.

The trade between these countries not only brought their economies on a better stance but also brought diplomatic relations between them, which was ultimately better for the economy of the world.

– Role of Economy in a Society

A society is a collection of people, likeminded or otherwise, living together to make it through life. The concept of a society is as old as life itself. Societies are the building blocks of a state and should be designed with great care, and a society thrives on the aspect of wealth.

It is not a hidden truth that the economy of society makes the economy of the state. If each person in a society is playing his part fair and square, then and only then will the country thrive on the highest level. Corruption at any stage in society is the corruption of the highest order because it makes the very basis of the state brittle. This brittle base is then destined to fall apart.

This is why the economy plays the most important part in the well-being of a society and consequently the state. This economy can only be made better if the people educate themselves, trade responsibly, and increase their exports while consequently decreasing their imports. Only then will the empire thrive economically and also perform well.

Ancient Persia started with the Achaemenid empire, which was founded by Cyrus the Great in 550 B.C.E. This empire was the first Persian empire in western Asia. Before Persia, there was no empire that was as big in area and population.

In the Persian empire, many different ethnicities and cultures lived and thrived together. Although systemic racism was seen in some places, the multicultural groups mostly lived in harmony and peace. This was one of Cyrus’ tactics as he used religious and cultural tolerance to successfully build up a nation.

Ancient Persia was a great empire that gave the world so much. After the reign of Cyrus, the most famous ruler was Darius. He introduced paved roads, government systems and ancient Persia currency called daric. He also introduced a new city called Persipoli, which is still considered as one of the greatest cities in the world.

In ancient Persia, the Monarch system was followed. This means that there was a king above all and everyone would do as he pleased.

The social structure inside the Persian empire looked like this:

After the king and his royal family, the priests, the nobles and the commanders, only the merchants, artists and the craftsmen would contribute to the labor system. The king and the nobles would make the rules for the taxations and the military would enforce it on the people.

Among the people, another category existed that is not mentioned in the list because they were a part of the king’s household: the servants. As it was a monarchy, the palaces were heavily equipped with dozens of servants and maids ready to serve the royal family with whatever they pleased.

– The Fall of the Persian Empire

The Persian empire was ruled by the Achaemenid rulers for a long time. They excelled in so many categories such as various sciences and arts. They created the concept of decentralized government under a monarchy, which was something that the world had not seen before.

The Persian empire fell when Alexander the Great attacked the empire in hopes of gaining control. The empire fell in front of Alexander in 334 B.C.E, and that is how the rule of the Achaemenids came to an end. Darius’s son Xeres was the ruler of the empire during the fall. 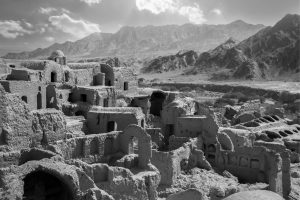 The Persian empire was one of the most famous empires in the world. Let’s take a look at the main points we gathered from the article above:

The Persians contributed a lot to the economy of the world and rose to the heights of glory. With this, the people of Persia have certainly left a mark on the world.