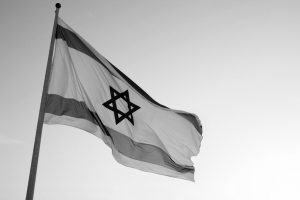 Enemies of Israel include countries that are openly anti-Israel as well as certain radical parties committed solely to the destruction of this tiny Jewish nation.

Israel has also had a long history of political and military turmoil with these countries and parties.

So, in this article, we will bring you a list of these enemies along with a brief summary of their relationship with Israel.

Keep on reading to have all your answers with regards to Israel’s rivals answered!

Many countries, as well as political and militant parties, have declared themselves enemies of Israel. Ever since it announced itself a separate homeland for the Jewish people in 1948, Israel has been the subject of constant hostilities, both direct and subtle, by several countries in the world. Many of these countries pose a serious threat to Israel’s security, as they openly declare themselves to be their enemies.

We have compiled a list of countries that are enemies of Israel. Find out which ones they are below. 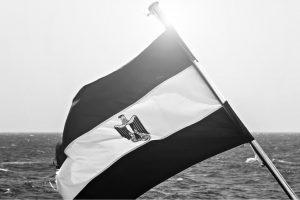 Egypt is one among several hostile countries surrounding Israel. The relationship between the two nations has been quite complex and keeps evolving over time. Like all other Arab nations, Egypt too refused to accept the formation of Israel as a state at the expense of Palestinian lands in 1948. This was followed by nearly two decades of hostile opposition.

– A History of War

Egypt and Israel have engaged in a total of four wars in their short history together, starting from the first Arab-Israeli war in 1948. Then, a major military conflict broke out over the Suez canal between them. This was followed by the six-day war in 1967 and the Yom-Kippur war in 1973.

In 1978, US President Jimmy Carter mediated peace accords between Israel and Egypt via its then-President Anwar Sadaat. Egypt officially recognized Israel and full trade and diplomatic relations were established between the two countries. After that, both nations enjoyed a period of relative stability and peace for the next four decades under Hosni Mobarak’s tenure as the President of Egypt.

After Hosni Mobarak was removed from office following the violent Arab uprising, relations between Egypt and Israel seem to be deteriorating. There have been several border conflicts between them in the years after 2011.

Moreover, a recent poll shows that more than 80 percent of Egyptians don’t want to have any friendly ties with Israel. Finally, Israel itself seems to be building a 155 miles long heavily guarded fence along its border with Egypt.

Although it doesn’t share a border with Israel, Iran is the foremost among staunch Israel enemy states.

The relationship between the two countries could be divided into four main phases.

Israel shares its longest border with Jordan in the east. Moreover, foreign relations between these two neighbors have remained mostly friendly since peace agreements in 1994. 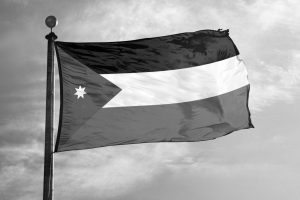 However, things have begun to sour between the two countries after the Arab Spring revolts of 2011. In 2019, Jordan decided to declare its sovereignty over Naharayim Enclave; some lands that have been shared by both nations for the last 25 years.

This was done against strong objections from Israel. Jordan, like all other Muslim states, has also been a strong supporter of the Palestinian’s right to a separate homeland. 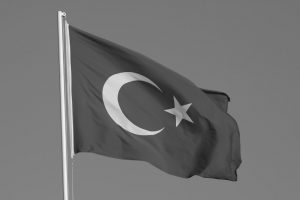 Turkey was the first Muslim majority nation to openly accept Israel as a state and develop genial foreign relations with it.

However, the tide of rising nationalism and fundamentalism in Turkey for the decade has resulted in ever-deteriorating foreign relations between the two countries. In 2007, Turkey openly opposed Israel’s initiative in Operation Cast Lead, a massive military attack on the Gaza strip.

Things worsened as nine Turkish citizens were killed by Israeli forces aboard a freedom flotilla aimed towards breaking the Gaza blockade in 2009. That’s when the Turkish president Erdogan declared Israel a ‘terrorist state’ and in 2011, Turkey downgraded all diplomatic and military ties with Israel. 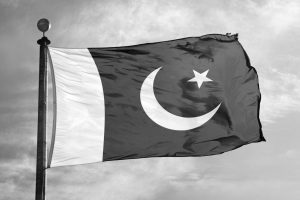 Pakistan is another country with a nuclear arsenal (in fact, it’s the only Islamic country to have nukes) and the sixth largest army in the world. Despite being miles apart and sharing no border with Israel, Pakistan has maintained a strong anti-Israel stance.

Furthermore, Pakistan has refused to accept the legitimacy of the Israeli state since 1947 and refuses to hold any sort of relationship with the country until the due rights of Palestinians are given to them.

Currently, Pakistani citizens cannot visit Israel and both states have no diplomacy or foreign relations of any kind. What’s more, most major and minor political parties in Pakistan are strictly anti-Israel too. This is because Pakistan did not recognize Israel as a sovereign state in the United Nations.

– Participation in the Arab-Israeli Conflict

Israel surrounded by enemies, is threatened not just by other nations but also by several large-scale organizations committed solely to its destruction and eradication. Find out some of the most powerful ones below.

The formation of the state of Israel, the occupation of Palestinian lands, and the consequent Arab-Israel war left a large diaspora of Palestinian refugees in the neighboring Arab countries.

In 1964, the PLO was formed as an umbrella organization to represent these Palestinians and their right to reclaim their homeland. They were later labeled as a terrorist organization by Israel and allies, but they describe themselves as freedom fighters.

The manifesto of PLO from day one has been to deny Israel any right to exist, take Israeli lands back, and form a single nation of Arab Palestinians. This organisation gained popularity and momentum under the leadership of Yasser Arafat.

PLO actively participated in all Arab-Israeli wars and carried out extensive guerilla warfare in Israel throughout the 1970s and 80s. Even though peace negotiations were carried out by its leaders and Israel in the 90s, it still continues to engage in anti-Israel activities and propaganda.

Hamas, the Arab acronym for the Islamic Resistance Movement, is a radical organization committed to ‘the eradication of Israel’ and was founded by extremist elements in the 1980s.

In 2005, Israel handed over control of the Gaza strip to the Palestinians. Hamas emerged as a powerful political party and beat the secular Fatah party to form a government in the strip.

Since its formation, Hamas has been one of the biggest enemies of Israel and carries out missile attacks on it on an almost daily basis. In fact, since 2014, Hamas and the Israeli armed forces have engaged in major conflicts of ever-increasing severity. 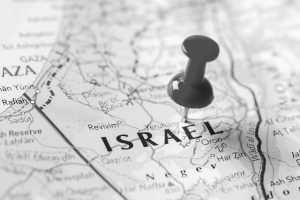 That was a to-the-point introduction of the enemies of Israel. Let us recap everything we have learned so far.

In short, Israel seems to be surrounded by enemies both inside and outside its boundaries. Lastly, some experts think that it should focus more on finding a political rather than military solution to all this hostility.