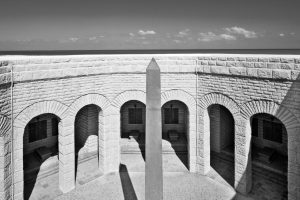 The first battle of El Alamein was one of the three encounters that occurred during World War II (1939–1945). It was when the world’s superpowers—the Allies and the Axis—were in a face-off.

For more than half a decade, these superpowers clashed to gain dominance not only in Europe but the whole world as well. The Allied forces included the countries of the Soviet Union, the United States, Britain, and China.

Meanwhile, Germany, Italy, and Japan made up the Axis powers. Read this article to get a proper insight about the first battle of el Alamein.

– Significance of the Battle:

Though nobody emerged as a winner in the El Alamein battle, it still provided a roundabout effect on the turn of events of World War II. The battle of El Alamein served as the avenue for the British army to regain control of the war. It paved the way for the history we know today; otherwise, without this battle, it would have been a different story to tell.

This battle was one of the rare cases in which the pursuer became the pursued at the later part because of too much confidence in their capacity. Reputation precedes the person, expecting too much only to be disappointed in the end.

The first battle of El Alamein showed that plans could go wrong. Expectations might be way too far from reality, specifically on the side of the pursuer. This applies to military events, too.

– Background Story of the Battle:

The 1st battle of El Alamein commenced on July 1, 1942, and lasted for almost a month. Different military tactics were employed in this engagement. Various narratives and many historians concluded that the El Alamein battle was a story-changer for the world.

After his recent win in the Battle of Gazala, Field Marshall Erwin Rommel of the Afrika Korps turned his sights toward the British Eight Army that was retreating toward the rough terrains of the North African desert, headed by Lieutenant General Neil Ritchie.

General Ritchie, together with his troops, planned to carry on their plight toward Mersa Matruh, Allies’ territory, more or less 100 miles to the east. Nonetheless, even before he could have finished his move, General Richie was relieved from his post and replaced by General Claude Auchinleck as the new commander in chief.

General Auchinleck had a negative reputation, such that he was not so well-received by his colleagues. Now, as the leader of the Middle East Command, his capacity was being put to the test. With the Axis troops’ unwavering pursuit.

General Auchinleck adopted the initial plan of General Ritchie and decided to continue moving past Mersa Matruh toward El Alamein, where they settled and took a defensive post. The war that followed in the next days was not an unprecedented one; nevertheless, it was here that the 1st El Alamein battle took place.

With the Axis and Allied powers highly hostile against each other, the enemies should not be allowed even an inch of advantage. Both parties aimed to cover the East first, for it would mean great gain. Now, seeing that the fully equipped Axis troops were nearing the Suez Canal, the Allied forces were frantic for it would mean a shattering disadvantage for them.

The Suez Canal was not only a vital passageway for cargoes, ammunition, and reinforcements for the Allies but also an important route toward the Middle East and its vast lands with precious oil. Losing control of it would be devastating for General Auchinleck’s forces.

– The Tactics of the Battle:

At the start of the battle, General Auchinleck and his troops were in a defensive stance against the troops of Marshall Rommel. To be able to defend themselves, the British soldiers built an array of sandbags that served as their main defense boxes.

It was behind these defense boxes that they stood and got ready for the attacks. Connecting these defense boxes were miles and miles of barbed wire. In the middle were the ever-reliable land mines with the purpose of halting the advances of the Axis forces.

The panzer division of the Axis forces was the best-armored division of the German forces. It had contributed so much to the succeeding wins that the Axis forces and Field Marshall Erwin Rommel had acquired in Europe and nearby territories. However, Marshall Rommel and his panzer division’s quest to move east toward Cairo, the Suez Canal, and the Middle East was never easy.

Using this modality, the Axis campaign was gaining a great advantage in Europe—over Russia, Britain, and nearby territories. The panzer was doing so great that another victory in this battle of El Alamein was something that the Axis forces believed they could achieve. 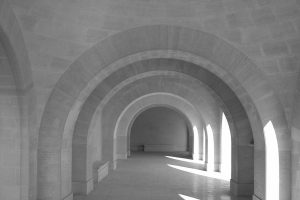 He was now becoming more focused on the scheme that he was going to carry out to never allow the Axis forces to go East.

Extra forces from New Zealand and Indian troops boosted the morale of the warring forces. Inch by inch, using their military defense boxes, the Allied forces were gaining an advantage toward the enemy line.

– Vulnerability of The Axis Troops:

Marshall Rommel was a military genius, highly esteemed even by the Allied leaders. Yet, the advances made by Marshall Rommel’s troops had not been effective in subduing the forces of the enemy, as his soldiers became tired and weary.

After the many days of warring and winning in Europe, Rommel’s armies were now losing fuel and energy. As troops became exhausted, panzer divisions were no longer effective in their attacks. With no immediate backup of troops and fuel, the Axis troops were showing a window of vulnerability. This was a chance that the enemies took notice of immediately.

With the weakness is shown by the enemy, General Auchinleck’s keenness to extinguish Rommel’s troops grew. He then launched Operation Manhood. The main goal was to take full control of Miteirya Ridge, which was a stronghold of the Axis forces. This move, if carried out successfully, would cut off Marshall Rommel’s main line of supply to eventually subdue him in his advances toward the East.

Nevertheless, implementing Operation Manhood was somehow revealed to be more complex than planned. Thus, General Auchinleck’s course of action hadn’t pushed through, moreover, they were facing a standstill. This halt allowed both parties to replenish the needed materials and resources.

If the Axis forces had become successful in pursuing the East, perhaps that would have been the end of the British Eight Army.

Battle and the Stalemate

The position of the Allied forces was quite challenging for the offensive Rommel and his Afrika Korps. Known to be a charismatic and brilliant general, Rommel was somewhat famous for swooping the enemy from behind.

Yet this time, he could not execute this tactic because of the topography of the lands. The latter made the battle of El Alamein all the more exciting for the military geniuses of this period.

The exchanges of assaults between the two forces of the Allied and Axis superpowers in the first El-Alamein battle ended in a stalemate. Despite the massive blows received by each team, nobody ended up being better than the other as no team achieved the much-sought victory. It only brought fatigue and weariness to both groups, thus, both parties agreed to a standstill.

It must be noted though that Rommel’s troops started the offensive attacks in this war. Yet, the 1st battle of El Alamein concluded with him and his troops on the defensive side. Meanwhile, General Auchinleck’s troops found themselves in a more advantageous position.

Where Did the Battle of El Alamein Happen?

The battle occurred in the North African desert, 150 miles west of Cairo in the deserted train station of El Alamein, near a seashore. El Alamein was a British stronghold by the Egyptian border. To be exact, El Alamein is at 30.8225° N, 28.9543° E.

El Alamein proved to be a strategic location for the Allied forces to hurdle the moves of the enemies. This was a bottleneck that needed to be overcome: up in the north of El Alamein is the Mediterranean Sea, while on the south is the Qattara Depression. It was a treacherous and dangerous route to take.

There is a land depression, a low-lying sinkhole, in the desert. Thus, it is impassable for a big military crowd, heavy tanks, and machinery, which the Axis forces had in abundance.

– Number of Members in The Army:

In the battle of El Alamein, General Claude Auchinleck was believed to command an estimated 150,000-strong army. Out of this, at most 13,000 became the casualties. Meanwhile, Field Marshall Erwin Rommel’s panzer division comprised 90,000 men, as well as tanks with heavy artillery. Their casualties numbered up to 10,000 with 7,000 captives recorded.

Today, the historic El-Alamein town boasts a one-of-a-kind military museum. In here, one can also find the lone cemetery intended for the Axis forces only. This is a reminder of the past war that disturbed this little coastal town.

To win and not to lose is what everybody wants not only in the battles of life but in real battles and wars, too. It is imperative to plan every move strategically and objectively and to not rely too much on past achievements.

The first battle of El Alamein started out with a good plan; however, its ending was quite disappointing for the Axis forces as they did not achieve what they aimed for. The decision of their military leaders led to prolonged days of the war and the depletion of resources—men and machines.

Judging military commanders by their reputation is not good at all. Marshall Rommel, who was regarded by everybody as brilliant and well-liked, failed to prove himself in this battle. By contrast, General Auchinleck, who was not well-received by others, had proven that meticulous planning and prudence would yield remarkable results—results that were far better than what was aimed for. 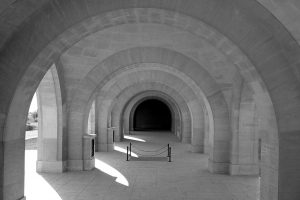 The first battle of El Alamein would have seemed to be a minor clash between the two world superpowers.

Records showed that the first battle of El Alamein can be characterized as follows: