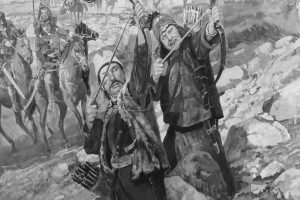 Huns vs Mongols have been usually compared because of their similarities that have caused confusion in Eurasian history. The Huns came first, arriving 1,000 years before the Mongols.

However, their hierarchy is still debated because they started with no specific noun for the position of leader due to the lack of written or archaeological records.

For the Mongol empire, on the other hand, they called their leader or ruler as Khagan, and after years of being divided tribes, they were reunited under the leadership of Genghis Khan around 1206 CE.

What Are the Differences Between the Huns and Mongols?

What Were the Huns Best At?

The Huns were nomadic warrior people who were known to have terrorized the Roman Empire in the 4th and 5th A.D. Moreover, they are known for being ruthless and savage not only toward their enemies but also toward women and children, committing plunder and annihilating their conquered places.

The Huns are known for their skills in archery and horsemanship, which served as their main advantages in every battle. They were taught from a young age to ride a horse, such that they eventually became capable of going to sleep even while on horseback.

Aside from their excellent archery skills, the Romans were of the opinion that the bows the Huns used were the most modern of antiquity. Acquiring one is considered a valuable trophy among the Romans. It is called the Scythian bow.

– The Governance of the Huns

In 430 A.D., the Huns were ruled by Rugila, together with his brother Octar. However, by 432, Octar had been killed in battle, and Rugila presided and ruled the Huns by himself. King Rugila formed a treaty with the Roman Emperor Theodosius, which stated that the Huns will receive a tribute in exchange for their army to help the Romans in fighting the Goths.

King Rugila shifted the clan from being nomadic warriors into settled civilizations and created an enormous army with cavalry and infantry troops from various backgrounds.

Attila was the successor and nephew of King Rugila. Experiencing the ruthlessness of King Rugila cannot compare to that of Attila when he took over the power. In 434 A.D., King Rugila died, and he let his two nephews, Attila and Bleda, take over his position.

In 445 A.D., Attila killed Bleda, supposedly as a way to prevent his brother from killing him first, making him the sole ruler of the Huns. However, even before the murder happened, Attila already made various attacks, killing the citizens and ransacking the well-fortified city of Constantinople, proving that he can lead various campaigns.

Attila ruled the Huns as an autocratic leader. He planned to make his second great attack on the Roman empire in 447 A.D. after the broken “Treaty of Margus” in 439 A.D. This forced the Eastern Roman empire to resume paying their tribute. However, the details of the said campaign were not recorded in written history.

Attila unexpectedly died in his sleep from a suspected brain hemorrhage during his wedding to his bride. The people who buried him and his treasure were killed so that his grave will never be discovered. He was succeeded by his sons, who divided his empire among them.

– Women in the Hunnic Empire

Elite Hunnic women practiced polygamy while the commoners were probably monogamous. Some historians wrote that during the reign of Attila, Hun women were tribal leaders in their village, and the widows were given high respect.

What Were the Mongols Best At?

The Mongols are known for their excellent warfare and horsemanship, as well as archery. However, they were likely nomadic people and preferred productive peace.  Genghis Khan, their leader, helped to sustain their livelihood. 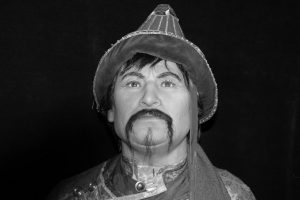 So they would not have to dwell in different places and could instead focus on cultivating one place.

According to the National Geographic website, Genghis Khan helped stabilize the economy through taxes and rural cooperatives.

He embraced and adapted trade and religious freedom, along with advanced technology, such as composite bows, leather armor, stirrups, and gunpowder.

– The Code of Law of the Mongol Empire

The Mongol empire was governed by a code of law devised by Genghis Khan called Yassa, which means order or decree. Based on this particular code, the nobility must share much of the same hardships as the common man. It also imposed several severe penalties, such as the death penalty, for crimes. This facilitated strict discipline among the Mongols, making the Mongol empire safe and prosperous.

– The Rise and Fall of the Mongol Empire

The Mongols were already nomadic people governed by a Khan or Khagan. Women at the time held a significant position by managing the flocks and trades of the clan, whereas the men were more focused and specialized in mountain warfare. However, given that they had no specific leader, they often fought each other.

Temujin, born in an aristocratic Mongol family, unified the tribes and strengthened his power by having strategic alliances with other leaders. One of Temujin’s strategies is to spoil his army and promote soldiers based on their merit. Conquered nomads were scattered among his soldiers to prevent them from rallying against him.

The effectiveness of his leadership was unstoppable, and in 1206 A.D., he was then called Genghis Khan. After his death in 1227, his sons and daughters continued his conquering legacy. In 1230 A.D., they invaded the Turks in Central Asia and the Russian Princes, and in the 1250s, they seized the Islamic territory up to Baghdad.

Mongol invasions were characterized by back-to-back victories that made their empire so large. They left the politics of the conquered territories alone and instead had a local administrator governing them. They allowed various religions to flourish, and even though they resented the artisans, scholars, and engineers, they appreciated their works and forced them to reside elsewhere in East Asia to continue their works.

However, the greed for power took over the grandchildren of Genghis Khan. As a result, they enviously fought each other and divided the realm into four separate empires: Kublai Khan’s Yuan dynasty in China, Ilkhanate in Iran, Chagatai Khanate in Central Asia, and in Eastern Europe, the Golden Hurled ruled for years. Even though the Mongol Empire did not last for too long, it still left a legacy of an expansive territory ruled through conquest that remains unmatched up to this day.

Pax Mongolia, also called the Mongol peace, was a period during which Genghis Khan enable the Mongol empire to enjoy peace, stability, trade, and protected travel.

The Mongol empire left a legacy that can be seen until today, and one of them is the Silk Road used for trade between neighboring countries and then later used by the Roman empire, China, and other European Kingdoms. This cultural development characterized the unity of the people and the flourishing of traders, which brought relative peace.

– Women in the Mongol Empire

Women in the Mongol empire had more freedom compared to the Huns as they were authorized to govern the flocks and trade, ride on horseback, fight in battles, and even influence the men of the tribes in terms of decision-making.

After the breakup of the empire, the Mongols started to adapt to the Turkic cultures surrounding them, such as those of the Uzbeks, Karakalpaks, Tatars, Bashkirs, Nogays, Caucasus peoples, Iranian peoples, and many more. They also adapted their language and culture in what is known as the Persianization of the lost identity of the Mongols.

– Who Was the Ruler of the Earlier Huns?

There is no official record or evidence of when the clan exactly started and who their leader was. Some tenuous records state that they were associated with the nomadic Xiongnu people in 318 B.C. and terrorized China during the Qin dynasty and later in the Han dynasty. The Great Wall of China was theorized to have been built to help protect against the Xiongnu people. However, this information is tenuous and remains debated.

Nonetheless, they were found in the history of Roman empire, attacking the Visigoths and Ostrogoths. They were ruled and united by King Rugila in 430 A.D.

– Where Are the Huns Today?

After the reign of Attila the Hun, the Hunnic empire started to collapse, and many Huns assimilated to the places they once dominated and scattered throughout Europe. They lost their individual identity to the history of China.

– Where Are the Mongols Today?

– Did the Huns Fight the Mongols?

There is no written historical record indicating that these clans fought each other. However, they have often been mistaken for each other because they are both nomadic steppe people who are equally known for being good in horsemanship and archery.

– Who Would Win Between Huns vs Mongols?

The Mongols have a lot of advantages to win. The Mongols could beat the Huns with more years of experience and better armor. The Huns were light horse archers, whereas the Mongols were 1/3 heavy horse, 2/3 light horse, and all archers.

The Mongols are known to have defeated the places that the Huns did, but they did so in a much better way. Both clans were composed of superb warriors, but the Mongols rely heavily on tactics while the Huns relied on pure savagery.

– Are Turks Huns or Mongols?

The Huns are the Turkic people who governed the Germans, Slavs, and possibly some Mongols, too. 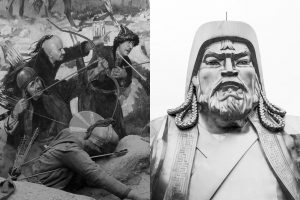 The information presented about Huns vs Mongols shows that both of these clans were nomadic warrior tribes conserving their clan by conquering places. They were led by great leaders who protected and expanded their empires. However, both tribes ended up being divided among successors after their prosperous empires were built because of greediness and the hunger for power and position.

Despite the vast expanse of conquered places that both tribes controlled, the Mongol empire obviously had more expansive places that they assimilated compared to the Huns. The lack of records about the Huns could also be a reason why Mongols are believed to have been more powerful than the Huns. 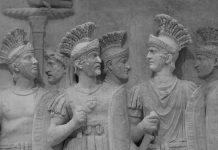 Were Romans Italians: What Are Their Real Connections?