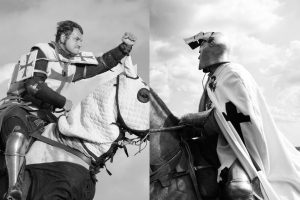 Templars vs crusaders, what are their differences?

While the two had many similarities, they were fundamentally different. The first was a holy military order that had grown to wield immense financial power, whereas the second was a sacred mission that served as the foundation for the other.

Read this to find out the differences between crusaders and templars.

What Are the Difference Between Crusaders and Templars?

The main difference between crusaders and templars is that crusaders aimed to live a life that was Christ-centered, avoiding sin as much as possible, on the other hand, Templars took oaths for the glory of God, aiming to be a warrior, fighting to protect the area.

What is a Crusader Knight?

A Crusader is someone who took part in one of the military expeditions to the Holy Land to reclaim it from the Muslims during the 11th, 12th, and 13th centuries. They could be knights, warriors, or even regular people, the importance is that they were battling in the name of God. 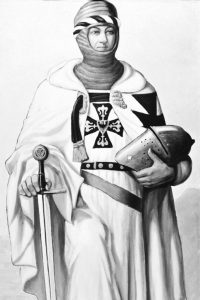 The Crusaders were made up of people from all walks of life, in other words one did not need to be a soldier to join them, even women and children were allowed. However, what pushed the Crusaders to be in a battle of life and death if they were not soldiers in the first place?

A number of their members saw it as a kind of atonement for their sins.

Although not all Crusaders were trained for battle, their faith had strengthened them. They had no fear of demons or men because they knew that their faith would protect them from demons and evil.

Furthermore, the steel they’re wearing would provide them the armor and protection against men.

To become a Crusader, one must take a sacred vow. The penitential element of the vow was a renunciation of sins and acceptance of Christ’s way of life. They must also complete the mission, and once completed, they could return to their normal lives.

– What are the Crusades?

The Crusades are a series of religious battles between Christians and Muslims.

The first official crusade began on August 15, 1096, with a mission to liberate Jerusalem and the Holy Land and restore it to a Christian ruler. Great cities, such as Nicaea and Antioch, were reclaimed. Eventually, the actual goal, Jerusalem, was achieved and reclaimed on July 15, 1099.

Between 1095 and 1291, when Latin Christians were finally exiled from their kingdom in Syria, many more crusades followed, with a total of eight major crusades. These had broader objectives and a larger battleground. Unsurprisingly, these were deadly, violent, and often merciless expeditions to the Holy Land, Spain, and even the Baltic. The Crusades persisted for several centuries after 1291, which elevated European Christians’ stature.

During the Crusades, several religious knightly military orders were created, including the Knights Templar, Teutonic Knights, and Hospitallers. These organizations were responsible for defending the Holy Land, as well as ensuring the safety of pilgrims traveling to and from the region.

The military campaigns, or the Crusades, as they were known, were a series of battles between Christians and Muslims, a war deemed by the pope as spiritually meritorious. Christians in western Europe undertook these expeditions in response to Muslim expansions.

Their primary goals or responsibilities were to stop the popularity of Islam, overcome pagan countries, regain former Christian territories, and reclaim the Holy Land in the eastern Mediterranean.

By the end of the 11th century, the Holy Land, known today as the Middle East, had been a point of conflict for European Christians.

When Seljuk Turks conquered Jerusalem, Christian pilgrims were forbidden to enter the city, hence, when the Turks prepared to capture the Byzantine Empire, its emperor, Alexios I Komnenos appealed to Pope Urban II for assistance. The pope was receptive to his plea.

With the motivation to strengthen the papacy’s power, Urban seized the opportunity to unite European Christians behind him as he campaigned to reclaim the Holy Land from the Turks. His call for mercenaries echoed across Europe, with priests rallying support for the crusade against Muslims.

A total of 60,000 to 100,000 people from both the military and the general population marched to Jerusalem. As this armed pilgrimage bore across as a religious symbol, everybody who participated in the armed pilgrimage was known as a crusader of the cross.

However, not all responded out of devotion, since aristocrats joined due to the possibility of increased land holdings and monetary benefits they could gain. They were the primary reason why a significant number of innocent people were killed on the way to the Holy Land. These rulers would absorb the wealth of anyone they deemed to be a threat to their objective.

Adding to the increasing death toll was the fact that many of the respondents were noncombatants. They were unmatched compared to the Muslim armies, which were well trained and experienced. As a result, the Christians were first defeated, and it was only by overwhelming numbers that they eventually succeeded.

What is a Templar Knight?

A Templar knight is a devoted Catholic who vowed to serve the order, the first and foremost duty of which was to protect European tourists visiting places in the Holy Land. The Templars, unlike the Crusaders, devoted their lives to order and lived in a community. They were akin to monks or priests who had made a lifelong commitment. They were considered the Crusades’ most adept fighting groups.

Templar knights belonged to a Christian military order, also known as The Poor Fellow-Soldiers of Christ and Order of Solomon’s Temple or simply Templars. The order was founded in 1118 by a French knight named Hugues de Payens. The King of Jerusalem gave them a huge wing of the palace, and they used this as their headquarters atop Jerusalem’s Temple Mount, the basis of their now-iconic name. 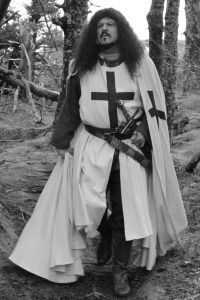 The Templars had a strict code of conduct and rules that they adhered to. They were not allowed to wear pointy shoes and kiss their mothers.

An aspiring member must first swear obedience, chastity, and poverty to the order. They were not allowed to drink, gamble, or swear.

Prayer was an important part of their daily lives as they were required to pray multiple times a day with a special devotion to the Virgin Mary. They had to grow their hair and beard long to resemble Jesus Christ’s appearance.

Even the Templars’ style of dressing had a unique characteristic.

They wore white mantles imprinted with a vivid red cross. They slept clothed and with a light on to prevent homosexual behavior. They underwent rigorous combat training and had to execute their directions faithfully, and the consequences were just as severe if they did not adhere.

These efforts paid off as the Templars became highly trained elite troops with faith as their special weapon. These holy knights gained a reputation for being extremely skilled warriors, as well as fearsome foes to face. They were regarded as ruthless combatants who would not retreat from any kind of battle unless they were outnumbered.

The Rise of the Templar Knights

While they were initially chastised by religious officials, the order gained the Catholic Church’s formal endorsement in 1129, furthermore, they were also supported by Bernard of Clairvaux, a notable French abbot. In addition, Pope Innocent II recognized the order and issued an official papal letter granting special rights to the Templar Knights. This enabled the Templars to be exempted from paying taxes, allowed them to establish their oratories, and made them subject to no one but the pope’s authority.

As the Templars continued to fight and often defeat Muslims, they became renowned, and their responsibilities increased. They became the wealthiest order in the world despite relying on donations and charity. They had a large fleet of ships, owned the Mediterranean island of Cyprus, and acted as a principal bank and lending organization to European monarchs and nobles at the height of their power.

They were prominent in Christian finance, with non-combatant members accounting for up to 90% of the order’s membership. They devised pioneering financial strategies that served as a precursor to banking.

The Templars founded new chapters throughout Western Europe and established a thriving banking network. Religious pilgrims deposited assets in their home countries and withdrew money once they arrived in the Holy Land by using their banking system.

Muslim armies did not stop trying to reclaim Jerusalem, and in the late 12th century, they succeeded. The Siege of Acre in 1291, in which the Crusaders lost to the Mamluks, signaled the end of the final Crusaders’ stronghold in the Holy Land. This event forced the Templar knights to evacuate multiple times. By 1303, they lost their foothold to the Muslims and relocated to Paris.

Over the decades that followed, European support for military campaigns in the Holy Land began to wane. In addition, many secular and religious leaders began to question the Templars’ wealth and influence, as there were also rumors about the Templars’ alleged secret initiation rites, which further fostered distrust in the order.

King Philip IV of France, who was severely in debt to the organization, took advantage of this hostility to overthrow the order to pay off his obligation. On October 13, 1307, which was a Friday, he ordered the arrest and execution of hundreds of the members in France, including the Grand Master, Jacque de Molay.

He had them imprisoned, tortured to death into making false confessions, and burned at the stake. Under King Philip’s pressure, Pope Clement V finally abolished the order in 1312, and De Molay was put to death two years later.

The Templars were a knightly order that followed a set of rules and went through extensive training. They devoted their lives to the order’s vows.

The Crusaders, on the other hand, were the people who fought for the church while wearing the cross symbol anywhere on their garments, although this was not standardized. They also took a vow, but it was only to participate in a crusade; once the crusade was completed, they could return to their normal lives. 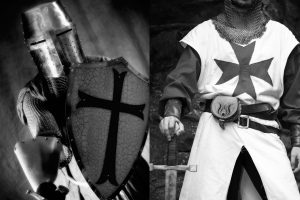 Check out the summary of the article on templars vs crusaders:

Templars and crusaders are terms that have long been used interchangeably when referring to a medieval religious warrior.