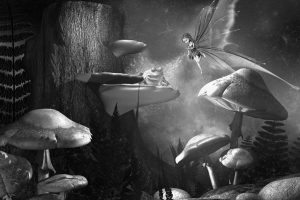 Fairy powers include healing, invisibility, electrokinesis, immortality, and many more. Fairies are supernatural beings that have been around as long as humans. Now, these creatures are popularly known as kind beings but this was not always the case.

Here we bring you a detailed analysis of the fairies and their supernatural powers.

The world we live in is full of surprises, creatures, and unimaginable energies. We might think that we have discovered everything in this world but we have barely scratched the surface. Fairies are one such creature, even though they are widely famous in the world today, we do not know much about their existence except for what the ancient manuscripts and folklore tell us.

People have been documenting their encounters and interactions with the fairies for a long time, however, it is one of those phenomena where the words and the stories get twisted very easily. Although, the authenticity of such events is still very questionable, nonetheless modern-day movies and novels have shed a lot of light on these creatures.

The fairies are a force of nature and have been around us for as long as we have been on this Earth. They are made of light and have incredible powers.

What Powers Do Fairies Have?

As fairies are made of light and energy, they have supernatural abilities and powers. These powers are the identity of these fairies and are also unique to them. It is important here to know that the fairies do not acquire these powers but are rather born with them. Here are some of the most interesting powers of fairies: 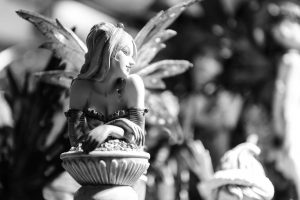 Fairies can shapeshift, which means they can change their shape into any object or being they desire, additionally they can do that because they are made of light. They do not have a solid human-like form which is why assuming the shape of any material is very easy and natural to them.

This is also the reason why the fairies are not described by their form because they change it so often.

Fairies are immortal in the plainest sense: this is one of their most interesting powers and abilities. Fairies are born of light so they live forever, they die only after a carefully pre-planned attack and that is very rare.

Fairies have the innate power to become invisible whenever they want. This power helps them in safety and also protects them from harm. Due to this power, the fairies can help humans without risking their exposure.

Fairies have the extraordinary ability to heal any creature and ailments. In ancient times fairies were associated with causing all sorts of diseases; however, now they are credited with healing them. The key ingredient that the fairies use to heal people and give them life is their magic.

In many instances, the blood of fairies has been regarded as the answer to all health-related issues and diseases. Therefore they use their blood to effectively help all sorts of creatures like humans and animals, note that the blood of fairies may have supernatural effects and you may develop a superhuman trait.

The fairies have emotions and they also act on them, however, they can endure much more emotional turmoil than humans. Their bandwidth of emotional distress is far more than any creature.

What are the Weaknesses of Fairies?

Every creature has some sort of weaknesses when they have strengths, the same case is regarded to fairies. They have so many powers and magical strengths that nature gave them weaknesses too. These weaknesses can be used to destroy fairies or gain power over them.

Here is the detail of the weaknesses of fairies and the things that affect their powers:

Citrus fruits are very poisonous to fairies. Especially lemons and limes are used against fairies and their magic.

Silver is a metal that was used by women to ward off evil fairies and their tricks. Silver makes the fairies weak and thus makes them lose their magic and powers. This was very popular in ancient times and was greatly followed by European folklore.

Iron is known as the fairy killer because of its natural protective powers. In ancient times, people used to hand things made out of iron in their houses to repel evil spirits and fairies from entering their homes and causing harm to them. Iron was also made into jewelry that could be worn.

Salt is another very important chemical that people have used for protection against fairies. A circle of salt around a fairy can be used to cage the fairy too.

According to ancient mythologies, a very famous weapon against fairies is a poppy extract. The extract from the poppy plant acts as a poison for fairies and is very lethal for them.

Even though the fairies have magic inside them, other types of magic can destroy them. The very thing that they use to protect themselves, can kill them if used in a negative way. To harm a fairy by magic, very strong magic spells are required.

Mirrors are very strange objects for fairies, they get scared when they see their reflection in the mirror. Therefore, to scare off a fairy or to make them question their reality, mirrors are an effective tool.

– What are the Types of Fairy Magic?

A fairy does work according to its type. For example, a garden fairy would take care of the garden and everything in it. The night fairy would help the people at night get to their homes. So each fairy has an assigned work that they need to do.

– What Do Fairies Do to Humans?

The good and kind fairies help humans in any way possible. They can help in combating many illnesses and also protect them from harm’s way. The evil and trick-playing fairies are against humans and do not let any instance go where they cannot hurt or trick them.

– What are Fairy Godmothers’ Powers?

According to popular belief, fairies are supernatural and paranormal creatures that are made of light and energy. These creatures have different abilities and powers based on their origin and type. In the world today, two schools of thought exist regarding the origin of fairies. These are based on the two folklore: European and Irish.

European folklore describes the fairies as ancient creatures that were harmful and tricksters. The category of fairies was used to describe a wide variety of creatures for example goblins, trolls, gnomes, and elves. These creatures were not at all friendly and were unpleasant.

On the other hand, the fairies from Irish mythology are totally different. These fairies are described as beautiful, helping, and caring fairies that are very nice towards humans. They have their own realms and mingle only with humans when they want to. These fairies are widely liked and are very popular among humans today. 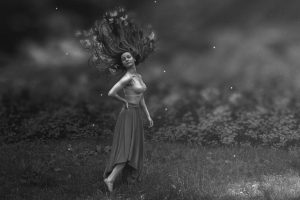 Fairies are magical supernatural creatures that are known around the world. They have extraordinary magical abilities and powers. The source of their power is the fact that they are made of light and energy. Here are some important about fairies and their powers:

This is everything that you needed to know about the fairies and their powers. If the powers are used in a moderate way and also for the sake of better then they are the greatest gift from nature. Otherwise, it can be fatal. 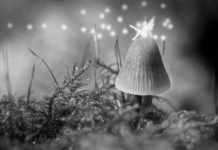 Fairies Magic: Where Do the Fairies Get It From?