Mushussu isn’t necessarily someone more as it is something, according to Babylonian myths. To give you a more accurate idea, Mesopotamian myths mušḫuššu depicted this creature as a wyvern-like dragon with a thin scaly body, extended neck and tail, lion-like arms, eagle-like legs, horns, ears, and sometimes wings. This mythological creature surely sounds ghastly, right? Read on to find more historical facts about it!

Mushussu, or the Mesopotamian dragon, is an iconic symbol of the victorious Babylonian hero-deity, Marduk. Who is THAT, you ask? Well, Marduk is the offspring of Enki and Damgalnunna, two primordial creator deities.

He first makes his appearance in the Mesopotamian mythos in the legend of the “Enuma Elish.” In this epic story, Marduk defeats the mushussu making it his servant. This triumph becomes Marduk’s ultimate symbol, and mushussu became the Marduk dragon.

Despite this story, the mushussu and other sacred animals are favorable iconographies for the Mesopotamians. These animals represented protection from enemies, good luck, and protection from the strongest gods.

So it’s very natural that these Babylonian dragons are decorated on the great Ishtar Gate. If you ever want to see it live, the remnants of this outstanding gate of the old walled city are housed within the Pergamon Museum in Berlin, Germany.

– Mushussu and the Ishtar Gate

If you are wondering about the history of the Ishtar Gate, it was part of a greater surrounding structure of city walls. In 575 BC, King Nebuchadnezzar II ordered for this gate to be built.

The walls were to encircle the city of Babylon to secure protection from enemies and intruders. The most extraordinary part of the Ishtar Gate was the bottom portion, which is plastered with figures of the mushussu dragon, bulls, lions, and plants.

History of Dragons in Mesopotamia and Other Cultures

– The Three-Horned Mushussu Dragons of Babylon

It must be clear by now, that dragons had a special place in Babylonian creation mythology, For starters,  Tiamat, the primordial goddess of water, births these dragon monsters, and three of those mushussus hold high-dignity titles.

People know them as Musmahhu, Basmu, and Usumgallu. In later legends, these three-horned mushussu dragons were slained by the Sumerian deity of farming and agriculture, Ninurta. It shouldn’t come as a surprise to you, then, that some historians link the three-horned dragons as inspiration for Cerberus, the three-headed dog in Ancient Greek mythology.

– Mesopotamian Dragons as Demons or Gods

For Mesopotamian people, dragons were a type of snake-demon or snake-god due to their hybrid features of the snake and other animals that they gave to them in the myths.

A great example is Tishpak, the opposing and possible prototype deity of Marduk, the god of chaos. Tishpak was often depicted as a slender snake dragon and was one of the good gods, this time.

Let’s talk about “Labbu Myth” (or “Kalbu Myth”) for a second, which is thought to possibly be a precursor to the “Enuma Elish” legend. The “Labbu Myth” is a myth of the birth of nature and the cosmos. It is believed that Labbu is a prototype of Tiamat, the goddess of water we talked about before.

In later versions of this myth, Labbu is created by Enlil, the god of wind. Enlil created Labbu to wipe out the annoying little humans because they disturbed his sleep with the loud human noises that they were making.

The other gods were so fearful of Labbu that they begged Tishpak to defeat it. According to legends, it took Labbu three years to bleed out fully, after Tishpak attacked him. We should make a note that Labbu is similar to Marduk. Since these two are so alike, the Marduk dragon has become a symbol of the deity opposite to Marduk and Labbu, Tishpak.

– Vritra: Mythological Creature of The Vedas

In the Vedas, there’s a similar mythological monster known as Vritra who was a snake dragon that represented droughts. Remember how mushushu is a being created by Tiamat?

So, Vritra is an asura which is a specific type of titan or demigod that is constantly hungry for power, cruel, and selfish. In legend, Vritra was defeated by the Hindu god Indra, who is the king of Heaven and all the other gods.

Remember how Marduk defeated mushussu and the mushussu is now a symbol of Marduk?  Well, that story is sort of similar to Vritra’s, yet Vritra is not a power symbol of Indra.

For the ancient Chinese culture, the long slender dragon who breathed fire was considered one of the highest symbols for the emperor. Dragons in ancient China were believed to be responsible for all types of weather and natural disasters. You must know that the celebration of the New Year in China includes a performance of a dragon!

Does this dragon have a name? Its name is Nien, and he was a dragon known to terrorize villages at the end of each year. So, in order to ward off Nien, villagers would use loud noises, bright lights, and flashy costumes during the last days of the year thus creating the tradition of the Chinese dragon performance.

– Dragons in the Viking Legends

The dragon head is a beloved symbol that you can find everywhere in Viking history and legends. Many Viking ships were decorated with a dragon’s head on the top of the boat’s stem. The dragons were so significant in the northern culture Viking ships were called Drakkar, which meant “dragon ships.”

The dragon head on the Viking ships was, in fact, the Midgard Serpent: a mythological villain in Norse mythology that Thor, Norse god of lightning, slew.

Related to the Viking culture, the people of Wales also use a red dragon within their flag. For them, the dragon is a symbol of pride, boldness, and strength. Very similar to the Vikings and even the Babylonians, don’t you think?

– Dragons in the Modern World

In popular culture today, we have found a way to still make these beings look powerful and ever-present. The best example possible can be found in literature. Take a look at Smaug from  “Lord of the Rings” by J.R.R Tolkien, and “Eragon” by Christopher Paolini, for example.

– Modern Mushussu: Smaug and The Dragon in Eragon

Smaug is greedy, power-hungry, and as large as Labbu is said to have been — 60 to 80 leagues long! While the dragon in Eragon shows how dragons are very powerful but can also find a way to co-exist with human beings as partners. It’s crazy how the myth of the dragon has prevailed for so long, and how the mushussu dragon started it all!

Other Types of Monsters in Mesopotamia

Besides the serpents and dragons of Mesopotamia, other monsters made their way into the lore and legend of the ancients. Let’s get into some of those strange snake-like monsters that draw inspiration from the Marduk dragon.

Look at  Ugallu, Kusarikku, and the Bull of Heaven from other Mesopotamian myths. Ugallu, which means “big weather-beast,” is one of the eleven mythical monsters Tiamat gave birth to and he is a storm demon, as his name suggests. Kusarikku, which means “bull-man”, is another demon similar to Ugallu, who had the hind legs of a bull even though he was a man!

– What Did These Demons Do?

These demons were not necessarily evil or with ill intentions to the Mesopotamians, but they were symbolically used for protection against evil spirits and enemies. Both Ugallu and Kusarikku were conquered by Marduk, and according to legend, were reconstructing cities with the corpses of Marduk’s enemies.

Among many other entities, demons, and hybrid beasts Marduk conquered and rehabilitated them to serve humankind and godkind positively.

– The Story of The Bull of Heaven

The Bull of Heaven is an epic beast featured in the “Epic of Gilgamesh.” However, we should note that there are two versions of this beast in Sumerian and Akkadian literature.

In Sumerian literature, Inanna or Ishtar – the goddess of love, sexual desire,  beauty, and war –   sends the Bull of Heaven after Gilgamesh for an unknown reason.

Enki was hesitant to give Inanna the Bull of Heaven, expressing that when killed, it would unleash a famine to the Mesopotamian people for seven years. Yet Inanna was able to convince Enki that she had enough grain to feed the villagers for seven years and Enki caved.

As Enki had warned, the bull released catastrophic destruction of humankind. Fortunately, a prophecy warned that if Gilgamesh slew the bull, that he or his friend Enkidu would die.

In the end, Enkidu was chosen by fate to die and he grew increasingly sick until he passed. This Bull of Heaven and Enkidu’s death become a metaphor and link to Gilgamesh’s notorious fear of dying.

– The Bull of Heaven in the Zodiac

The Bull of Heaven is synonymous with the zodiac sign and constellation of Taurus. Allegedly, the person who has a Taurus as their zodiac sign is a very peaceful person, unless they get angry.

There are similarities here to the Akkadian version of the Bull of Heaven story, of course, since the bull only brought destruction when it was provoked. Can you see the resemblance now?

There have been many comparisons of this beast with legends of another mythos, such as in the Book of Genesis in the Bible, the “Illiad,” and the “Odyssey.”

In the Book of Genesis, the character Joseph instructs the pharaoh of Egypt to store away seven years’ worth of grain for incoming droughts. This knowledge was bestowed upon him by visions that something terrible would happen. There was no mention of bulls, yet this looks a lot like the seven years of destruction that the Bull of Heaven brought upon humanity, right?

– The Bull of Heaven in the “Iliad” and the “Odyssey”

The “Illiad” and the “Odyssey” both have similarities to this story as well. In the “Illiad,” Aphrodite has the same characteristics as Inanna, by being a jealous goddess of love, beauty, and sexual desire.

Aphrodite is wounded while trying to save one of her sons, and she is mocked by her mother and Zeus. We think that this is parallel to Inanna being rejected by Gilgamesh.

In the “Odyssey,” on the other hand, Odysseus and his men kill the sacred cattle of Helios, god of the sun, and are punished by him. Can’t you see that this is a clear reference to Gilgamesh slaying the Bull of Heaven and then being punished with the death of his best friend?

We saw how the mushussu is an entity that has great prominence in the Babylonian culture as well as other cultures by other names, and how it is a symbol of triumph, pride, victory, and damnation. Let’s look at what we discussed more closely:

Whether you wanted to know more about the mushussu Mesopotamian dragon because you were curious, scared, or studying for a history test, this fact sheet is bound to have what you are looking for in it! Feel free to come back to it whenever you need a refresher on the information.

How Does Perseus Die: A Riveting Tale of Revenge 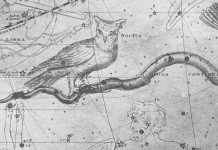 Owls In Norse Mythology: The God of Wisdom 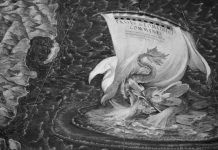 Norse vs Celtic: The Battle of Ancient Mythologies