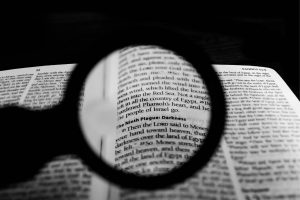 The 10 Plagues of Egypt were the disasters inflicted by God on Egypt for not following His command to free the Israelites.

These were also the consequences brought by the unconvinced heart of the pharaoh to obey the Lord in delivering the Israelites from being enslaved for 400 years.

Were the ten plagues of Egypt a punishment by God or natural disasters brought about by natural phenomena?

Go over this article to find out, and see how the God of Israel demonstrated His power through His servant, Moses.

What were the 10 Plagues of Egypt?

The 10 plagues of Egypt were blood, frogs, lice or gnats, flies, livestock, boils, hail, locust, darkness, and the death of the firstborn.

List of Scientific Theories Behind the 10 Plagues of Egypt

Did the ten plagues of Egypt occur?

This is one of the most common questions asked by some people who were not convinced that the plagues in the Bible really happened. Scholars remain fascinated by it, and over the years, they are still trying to link the biblical plagues to an event that happened during that time. Let’s check the three major theories on the Egyptian plagues.

The theory of volcanic eruption stated that the 10 plagues of Egypt happened due to the volcanic eruption on the island of Santorini in Greece in 1620–1600 BCE. Trevisanto, the author of the book “The Plagues of Egypt: Archaeology, History, and Science Look at the Bible,” said that this theory was supported by Egyptians’ medical text.

In this principle, the river turning red was caused by the volcanic ash that was carried by the strong winds that could have been contaminated by a mineral called cinnabar. The collected acidity in the water caused fishes to die and frogs to leap out and search for clean water.

Since frogs were dead, insects easily increased their populations massively. Insects laid their eggs on the dead bodies of dead animals, and this caused the widespread infestation that occurred in ancient Egypt.

The plague of boils was caused by the acid rain from the volcanic ash, causing people’s skin to produce boils. Other ecosystems were being affected, such as the grass that might have been eaten by the animals, which caused them to die. The moisture from the rain and hail could have been the reason for locusts to flourish. The several days of darkness were defined as volcanic eruptions.

Trevisanato also believed that with all of these disasters, the death of the firstborn was a form of sacrifice out of Egyptians’ distress with the hope that their gods would stop punishing them.

Some scientists, including John S. Marr, considered red algae as the main reason for the blood-like water of the Nile River. This theory says that red algae might have absorbed the waterways’ oxygen, which caused the fishes to die and turn the water to a blood-like color. This has been linked to the natural phenomenon called the red tide, which produces chemicals that kill fish.

Just like in volcanic eruption theory, this change caused the frogs to leap out of their habitat. Without the insect-eating frogs, the insects had feasted on and infested the corpse of the fishes and animals.

Two diseases could be the cause of the deaths of the livestock: bluetongue and African horse sickness. Meanwhile, the boils could have been caused by an airborne disease that spread through flies or contaminated meat.

According to this theory, a sandstorm could have been the cause of the darkness that covered the entirety of Egypt. And the reason behind the death of many children could have been an airborne toxin.

This theory adds to the red algae theory. For red algae to flourish, slushy, warm water must be present. According to researchers, at the end of the reign of Pharaoh Ramses II, there must have been a dry period that occurred in Egypt, which caused a change to the frogs’ natural environment. This change caused the frogs to leap out of the Nile River and led the river’s water to be shallow, making the red algae theory reasonable.

What Did the Bible Say About the Ten Plagues of Egypt?

The Bible says that the 10 plagues of Egypt were the destructions brought by the God of Israel to the Egyptians for not allowing God’s people to be free from their bondage for 400 years.

Below are the lists of the scriptures in the Book of Exodus demonstrating the power of God entrusted during the time of the plagues of Moses or most commonly known as the plagues of Egypt:

– The Plague of Frogs 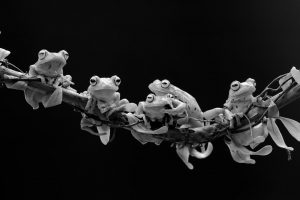 “The Nile will teem with frogs. They will come up into your palace and your bedroom and onto your bed, into the houses of your officials and on your people, and into your ovens and kneading troughs.

The frogs will go up on you and your people and all your officials.” [Exodus 8:3–4, New International Version]

– The Plague of Lice and Gnats

Then the LORD said to Moses, “Tell Aaron, ‘Stretch out your staff and strike the dust of the ground,’ and throughout the land of Egypt, the dust will become gnats.” [Exodus 8:16, New International Version]

– The Plague of Flies

“If you do not let my people go, I will send swarms of flies on you and your officials, on your people and into your houses. The houses of the Egyptians will be full of flies; even the ground will be covered with them. ‘But on that day, I will deal differently with the land of Goshen, where my people live; no swarms of flies will be there, so that you will know that I, the LORD, am in this land.” [Exodus 8:21–22, New International Version]

– The Plague of Livestock

“If you refuse to let them go and continue to hold them back, the hand of the Lord will bring a terrible plague on your livestock in the field—on your horses, donkeys, and camels and on your cattle, sheep and goats.” [Exodus 9:2–3, New International Version]

– The Plague of Boils

“Then the Lord said to Moses and Aaron, ‘Take handfuls of soot from a furnace and have Moses toss it into the air in the presence of Pharaoh. It will become fine dust over the whole land of Egypt, and festering boils will break out on people and animals throughout the land.’” [Exodus 9:8–9, New International Version]

– The Plague of Hail and Fire

“Therefore, at this time tomorrow, I will send the worst hailstorm that has ever fallen on Egypt, from the day it was founded till now. Give an order now to bring your livestock and everything you have in the field to a place of shelter, because the hail will fall on every person and animal that has not been brought in and is still out in the field, and they will die.” [Exodus 9:18–19, New International Version]

– The Plague of Locusts

“If you refuse to let them go, I will bring locusts into your country tomorrow. They will cover the face of the ground so that it cannot be seen. They will devour what little you have left after the hail, including every tree that is growing in your fields.” [Exodus10:4–5, New International Version]

– The Plague of Darkness

“Then the Lord said to Moses, ‘Stretch out your hand toward the sky so that darkness spreads over Egypt—darkness that can be felt.’ So Moses stretched out his hand toward the sky, and total darkness covered all Egypt for three days. No one could see anyone else or move about for three days. Yet all the Israelites had light in the places where they lived.” [Exodus 10:21–23, New International Version]

– The Plague of the Death of the Firstborn Son

Were the 10 Plagues of Egypt addressed to the Egyptian Gods and Goddesses?

Other Bible translators looked at the 10 plagues of Egypt directly against the Egyptian gods and goddesses. Some of them have multiple responsibilities, so it’s difficult to find out which of them were defeated and affected by the given sign.

These were the Egyptian deities whom the God of Israel directly addressed:

Why did God Allow the Israelites to Be Enslaved by Egypt for 400 Years?

In the Book of Genesis 15:13, when the Lord spoke with Abraham, he already predicted that slavery was bound to happen. He revealed some of His plans, including the Israelites’ enslavement, to Abraham.

Effects of the Plagues on the Egyptians

The first five plagues of Egypt attacked things and animals. When the Nile River turned red, Egyptians had no access to all of their waterways; they couldn’t drink and wash any of their clothes. The Egyptian land was populated by millions of frogs. In these two plagues, the ecosystem of the Egyptians was slowly becoming imbalanced.

The insects in the third plague added to the imbalance of the Egyptians’ land during that time. Their soil became black and covered with crawling insects. According to the Hebrew Bible, the plague of flies refers to biting flies that caused pain, infections, and death. The death of the Egyptians’ livestock affected their sources of food, riches, and earnings.

After the attack on animals, the next plague attacked the Egyptians’ human bodies. The plague of boils was one of the terrible body attacks that the Egyptians had experienced. This painful and itchy skin disease covered their whole bodies and caused swellings. Afterward, the plague of hail resulted in the wide destruction of Egyptian grains, whereas the plague of locusts destroyed Egypt’s greenery.

The last two plagues generated fearful and terrible circumstances. However, it was only in the final plague that the Egyptian pharaoh decided to let the Israelites go.

After the widespread death of firstborns, Egyptians feared the deaths of their other children and immediately wished for the Israelites to perish before more people die. The Pharaoh commanded the Israelites to be banished from Egypt and never return again.

The Israelites left Egypt as they were ordered to, but the pharaoh had changed his mind and ordered his army to get their chariots and pursue the Israelites. The Egyptians’ chariots soon reached the Israelites, and they were horrified by the presence of the pharaoh and his troops. Hence, they cried that they should have stayed in Egypt rather than escape and then die in the wild.

Moses told the Israelites that God would help them escape the troops of the pharaoh unharmed. God told Moses to raise his staff toward the Red Sea. The sea parted into two, making a path for the Israelites to escape from the Egyptians across the sea. 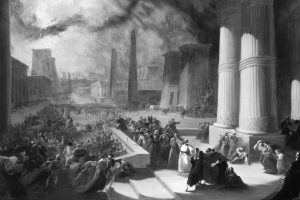 The 10 plagues of Egypt were very significant in the history of the Bible. The remarkable acts of the God of Israel to free His people were amazing.

Let us review if we covered everything you needed to know about the historical plagues of Egypt.

The Egyptian plagues were also God’s way of showing His people His divine protection from their enemies. Also, they served as an eye-opener to everyone about how good the God of Israel is to everyone while still being a God of justice. 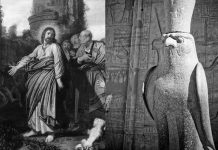 Saudi Arabia Religion: Fascinating Journey to the Birthplace of Islam