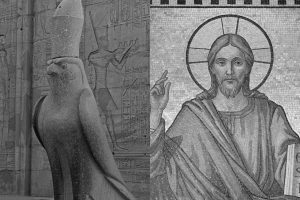 Horus and Jesus similarities are definitely a mind-blowing controversy if you will read the story about each of these individuals. They were respectively the Egyptian God and the Biblical God who have a lot of resemblance in things from the moment they were born to the day they died.

Between them, who is true, and who is not?

Let us find out if they are just one person present at different times or certainly separate entities that coincidentally exist and have the same story.

Similarities Between Horus and Jesus

They were both heralded by stars and attended by wise men. However, the difference was that it was the northern star that guided Mary and Joseph to Bethlehem, whereas Horus was guided by the eastern star.

Some sources say that Horus had 12 disciples as well, performed miracles, healed sick people, exorcised people from demons, and raised people from the dead. However, Jesus of Nazareth brought Lazarus back to life, when Horus did the same thing to a person named El-Azur-Us. They also both walked on water and did a sermon on a mount.

– What They Were Called

Horus and Christ were both named or titled as “The Way,” “The Truth,” “The Messiah,” “God’s Anointed Son,” “Good Shepherd,” “Lamb of God,” “The Holy Child,” and “The Word of Truth.” Even in their death story, both were crucified to a cross and resurrected after the third day.

Differences Between Horus and Jesus

Having ample similarities between Jesus and Horus does not mean they don’t have differences from each other. Jesus Christ was personified as a young man wearing a white robe while sharing the gospel of God.

The Egyptian God Horus was represented as having a human body with a falcon head and wearing a pschent, red and white crown, as a symbol of kingship over the entire kingdom of Egypt.

With regard to the years when they lived, let us have Horus and Jesus compared. Jesus lived and shared the gospel to various places 2,000 years ago, whereas Horus lived 5,000 years ago.

It appeared that Horus came first before Jesus. Jesus lived his life by preaching to many places, including the sermon on the mount, and he was transfigured. However, for Horus, there was no evidence proving that he delivered a sermon on a mount and transfigured. 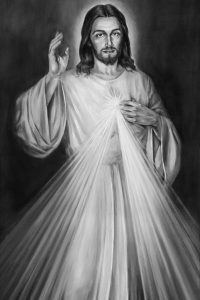 On another note, Jesus Christ was considered in Christianity as the Holy One, the Beginning, and the End, and the Alpha and Omega, commanding not to serve any other god except for Him.

Christians cry out to Him in times of trouble and praise Him in times of glory. On the contrary, Horus was just one of the deities that religious Egyptians praised and worshipped, though he was considered one of the most revered ancient gods of Egypt.

Horus compared to Jesus was not much likely accepted and even praised in modern times.

Considering that Horus came first before Jesus based on the year they lived, conspiracy theorists claimed that perhaps, Jesus copied Horus to fabricate history and create a new religion called Christianity. Some scholars and apologists studied to debunk this controversy.

They indicated that most of the events that happened in both of their lives were atheists’ fallacy, trying to weaken the credibility of Christianity by pointing out that Jesus Christ’s story was no different from the pre-Christianity myths. They tried to invalidate Jesus’ history, but none of them was successful.

The Truth About Horus

The Egyptian god Horus was much like one of the Egyptians’ other important pagan gods worshipped in the form of animals (there were lions, cats, rams, and birds, including Horus). The Egyptian gods of sun, sky, and kingship were also known as patron gods. 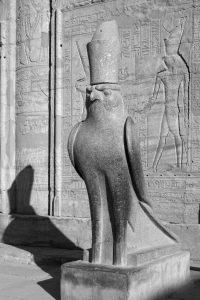 The story about Horus was never actually written down in a comprehensive way.

His stories only appear in Egyptian funerary literature, books of spells, and stories left at gravesites that are collectively known as The Book of the Dead. By contrast, the story of Jesus is documented in the Bible.

There is no such thing as confirming that the above descriptions of Horus’ in comparison to Jesus are evidently true. Scholars stated that there was no mural or textual evidence that his mother was named Meri.

The same is true about his claimed father named Seb, but it could also be the other name of the god Osiris, who is said to be the father of Horus. However, historians say that Horus was born from the goddess Isis, who hovered toward the erect penis (which she created) of the god Osiris to conceive Horus.

– How They Were Known

The titles that were given to him were not seen in ancient history, but Horus was called the “Great God,” “Chief of the Powers,” “Master of Heaven,” and “Avenger of His Father.” Horus preaching or reading a special passage at the age of 12 was merely fabricated. Likewise, no historical record can provide solid evidence that Horus had 12 disciples. Instead, there was a claim that he only had 4 disciples, and in a special battle, he had 16 disciples.

It is true that in ancient times, Egyptians were involved in healing sick people and casting out demons. Nevertheless, this deed should not be a comparison between Horus and Jesus as it is a common thing for Egyptian deities to be worshipped and to be involved in healing.

The only truth or similarity between them is that Horus was known as “Horus the Savior.” Christians regard Jesus as the “savior of humanity,” who was crucified on a cross. On the contrary, Egyptians saw Horus as a savior in the literal sense in that he rescued people from any harm, such as dangers from diseases, famines, venomous snakes, and scorpions.

If doing certain acts similar to what Jesus did makes them similar to each other, there are various myths on gods who can be compared to Jesus aside from Horus. Mythicists somehow had this idea that Jesus was modeled off of previous pagan deities.

Some of them are as follows:

The name means the God Light of Truth. It was claimed that he was born on December 25 and conceived by a virgin, but he was only originally born out of solid rock, having a hole on the side of the mountain.

Looking back at Jesus, who was also born on December 25, apologists or Christians know that it wasn’t really the birth date of Jesus Christ. It was only borrowed by an early Roman church from an earlier winter solstice celebration. There is no clear date on when Jesus was actually born.

He is an ancient Greek god of wine and drunkenness. Jesus might have been heavily influenced by Dionysian symbolism. This was because of the miracle He did by turning water into wine during the wedding at Cana. This action does bear a resemblance to that of Dionysus, who turned water into wine for a poor herdsman in the Greek novel Leukippe and Kleitophon.

He was the father of Horus. Jesus might have also been influenced by Osiris because it was claimed that Osiris died but came back to life. This itself is so flawed to relate to Jesus. Historically, it is correct that Osiris did die because his body was dismembered and scattered all over the world, but goddess Isis (Horus’ mom) collected and rejoined his body.

This was also when the goddess created an erect penis on his dead body and hovered herself over it to conceive Horus. Osiris was resurrected, but he became the god of the dead, unlike Jesus who is considered the God of Heaven and Earth.

In spite of this fact, we shouldn’t be surprised because ancient people would think deeply about the nature of the true god. There are still some mythicists who want to associate the gods with Jesus. Nonetheless, historians agree that Jesus was a historical figure who lived in Galilee in the early first century A.D. as the remnants of history written in the scripture can still be seen up until this day. 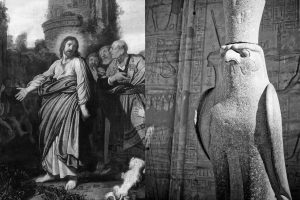 Horus and Jesus’ comparison was not that famous in historical religion, but such a topic needs to be addressed as the Christian faith is at stake. These are some of the historians’ observations about the two gods:

Even in the ancient works of Egyptians, the common things that were mentioned are nowhere to be found. Generally, no other god in myths sacrificed his life to take away the sins of the world. Given this, it is the central doctrine of Christianity that separates it from any other myth story in history. 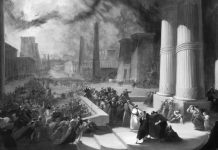 United Arab Emirates Religion: The Role of Religion in the Modern UAE