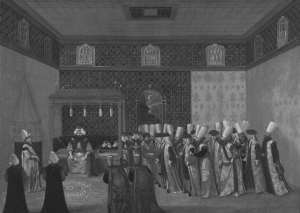 They expanded their state organizations, and the first thing they focused on was the military. For the Ottomans, the foundation of the Empire rests in the creation of a strong army. To create a formidable army, they had to raise and train soldiers loyal to the Empire.

Educating soldiers in palace schools is a tradition found in every great Empire, including the Ottomans. While other Muslim states imported slaves from outside their domains, the Ottoman Empire had its sources within its reach.

Using the children of their non-Muslim citizens, they created a system where young people were trained from childhood to adulthood to become loyal Sultan soldiers.

What Is The Devshirme System?

To create an army that was loyal to the Sultan, they created a system that would force Christians to give up their child to be raised as soldiers or as Ottoman Empire bureaucrats.

This system was called the Devshirme. Under the Ottoman Empire’s Devshirme, Ottoman Empire soldiers would take Christian boys ages 8-20 from Eastern to Southern Europe. They are transferred to Istanbul for training. Most of them are taken forcibly from their parents, while others volunteered their sons as service.

According to the rules, the fathers are the ones to choose which children were most fit. They only took children in villages engaged in agriculture. They excluded those who live in urban areas and those who were an only child.

The soldiers often gathered children in groups of a hundred. They dressed them in red for easy recognition if they tried to escape. The boys were then converted to Islam and circumcised. They received formal education in Math, Science, Warfare, and Bureaucratic Administration. They were also sent to be raised to Turkish landowners to learn different languages such as Turkish and Persia.

Even when they were children, they were already assigned duties and items to look after, such as the Sultan’s valuables and hunting birds. Upon training, the boys were cut off from their culture. They were prohibited from having any ties in society, except for their master, the Sultan. They were also only allowed to marry before a certain age.

The children were grouped based on merit. They performed a series of examinations to determine their intelligence and capabilities. The most talented (ichiogani) were trained for high positions while others joined the military as soldiers.

After they finished training, they became part of the Janissary, the Ottoman Empire’s standing army. Some of them became advisers to the Sultan. Others would join the infantry and become generals and admirals in the navy. Others became guards, gatekeepers, or scribes.

The devshirme also supplied the bureaucratic institutions and religious positions in the Empire. They occupied higher functions such as the grand vizier, which is equivalent to the prime minister.

Every three or four years, this tradition would go on. They would punish families who refused the devshirme system. Although most of them were forcibly removed from their families, the children received the best training and education, which made others see it as a privileged form of slavery. Their education took place in the palace and was considered the finest education in the Islam world.

Some of the most desolate and low-income families think devshirme was the only way their sons could have a better life and better social position. They would bribe soldiers to let their children in so they would have the chance to get into Ottoman empire bureaucrats.

Most of the devshirme children were from the Slavic people of the Balkans. Hence their predominant language was a Slavonic dialect. While forced to learn Turkish, some have maintained their native languages. Some Muslim families seeing the privileged positions of the Devshirme, also tried to put their children in the system. It was done in secret as Muslims weren’t allowed to be slaves during the time. The exemption of Muslim Turks was explained from an Ottoman journal, which says:

“If they were to become slaves of the Sultan, they would abuse this privilege. Their relatives in the provinces would oppress the reaya and not pay taxes. They would oppose the sanjak beyis and become rebels. But if the Christian children accept Islam, they become zealous in the faith and enemies of their relatives.”

Aside from Muslims’ sons, the sons of Jews, Russians, Gypsies, Ajam, orphans, and only children should not be taken. Because of how they were raised, they remained loyal to the Sultan. They also became of great importance to the Sultan and were vital to his power. However, their children weren’t allowed to inherit their wealth or take their ranks.

The Devishirme is an Ottoman Turkish word that translates to “blood tax.” It was the levy of Christian boys or the practice of forcibly taking Christian children to turn them into slaves of the Turkish Sultan.

Devshirme was also known as the system where Christian youths were converted to Islam. The children in devshirme were not only turned into slaves for the Sultan. They were also removed from their religious and cultural environment.

Origins of The Devshirme System 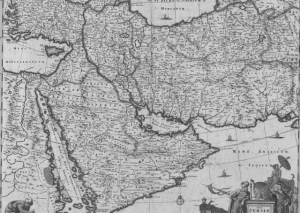 The Devshirme was said to have been a result of the kul system of slavery, which started in the Ottoman Empire’s early centuries. Kuls were war prisoners, hostages, and slaves that were bought by the Empire. During Murad I’s time, he started to create personal troops that were independent of the regular army. This elite force would protect the Ottoman Sultan.

Before they became soldiers, these men were slaves captured during the war. However, a new system was adopted. Instead of slaves, they took children from rural Christian populations and trained them to become the Sultan’s army.

In Serbian history, Devshirme was viewed as a tribute in blood. They looked at Devshirme as an inhuman act that took children off their families and cultural environment. Sources say parents often hid their children to save them from the Empire. Some mothers would even hurt their children to protect them since the Ottomans only collected healthy boys.

The Balkans also hold the same grudge with the system. They viewed the Devshirme as an evil institution that turned their children into barbarians. The Devshirme became a bargaining chip of the Ottoman Empire where they offered people exemption if they would surrender peacefully.

The Rise of Janissaries

The Devshirme system continued until the end of the 17th century. The Devshirme was crucial in Mehmet’s conquest of Constantinople, allowing the soldiers to hold senior posts in the imperial administration and become Janissaries.

Janissaries were similar to any religious group. They had a high degree of corporatism, share filial relationships with the Sultan, have the same education, and even wear the same kind of mustache. They were forbidden to grow a beard, and the Empire used it to differentiate them from free Muslims.

As part of the imperial household, the Janissaries became involved in the Ottomans’ economic, political, and cultural life. Aside from protecting the Sultan, they also did complicated military tasks. At some time, they became the Sultan’s connection to the Ottoman people. They became intermediaries who voiced and negotiated the demands of society within the state.

From slave armies, they entered the political scene and became a tremendous force in the Empire. The Janissaries were powerful military forces that were highly respected in the 15th and 16th centuries. They were often considered the first standing army in Europe.

Janissaries had distinct uniforms. They had a long tunic, cloth belt, hand hats they refer to as a bork. The hats were the most recognizable as they had a jeweled ornament in the middle of the forehead and a lengthy tail that goes down to their backs.

From 1522 to 1536, a Janissary, once a devshirme slave, became the second most powerful man in the Ottoman Empire. His name was Ibrahim Pasha. Pasha served Suleiman the Magnificent. They grew up together, and after Suleiman took the throne, he appointed Ibrahim as his vizier.

Ibrahim Pasha was in charge of all state affairs. Nobody could dismiss him but the Sultan himself. In his tenure as the Sultan’s Grand Vizier, he reformed the civil and military structure to affirm’s Egypt’s loyalty to the Ottoman Empire. However, Pasha fell out of favor with the Sultan, which resulted in his execution. Many historians believe that Pasha made enemies with the Sultan’s favorite wife, Roxelana.

During the 15th and 16th centuries, the Janissaries became an undefeated fighting force. They dominated the Mediterranean, Central Europe, and Vienna. They became so powerful that in Sultan Selim I’s time, they led a mutiny and set fire to Istanbul.

By the 17th century, Janissaries increased to more than 100,000. They also allowed Muslim Turks to join the corps, expanding the army’s strength as a terrifying enemy to the state.

They also made sure that the Sultan’s heirs were uneducated and inexperienced by keeping them isolated in private harems with limited education. In 1622, Osman II attempted to cut their pay. The Janissaries committed regicide and responded by executing him. They killed their Sultan, the man whom they should’ve protected.

After the Ottoman Empire began to decline, their military also lost its influence. The devshirme was affected, and they were unable to take as many children as before. Furthermore, the collection of children with devshirme were only done under strict rules. It wasn’t until the 19th century when the devshirme system was abolished entirely during Mahmud II.

When Janissaries resisted European reforms, they revolted, and Mahmud II declared war on them and cast them as rebels. Their refusal to surrender made the Sultan angry. He ordered his troops to shoot their barracks with cannon fire. Most of them were killed, and those who weren’t were taken as prisoners and executed.

Devshirme was instrumental in the military success of the Turks during the fifteenth and sixteenth century. Many even argue that it was the Devshirme that helped the Ottoman Empire rise in power.

When it comes to the system’s morality, many historians believe the Devshirme helped improve the economic and political future of the boys that were drafted from rural farming towns.

Here is a summary of the history of the Devshirme system.