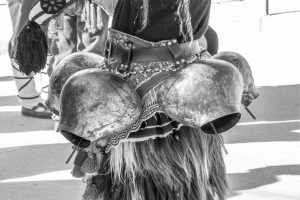 Babugeri is a Bulgarian pagan ritual that has been performed since ancient times and continues to be practiced now. Learn about the history, tradition, and purpose of this ritual, which is considered an important aspect of Bulgarian culture.

Continue reading to find out how this Bulgarian tradition has evolved as Christianity came to dominate the Bulgarian religion.

Babugeri, also known as Kukeri or Kukeri dance, is referring to the mythical ritual monster clad in an ornate fur outfit with ribbons, feathers, and beads. It also refers to a person participating in an ancient Bulgarian ritual personalizing this mythical monster.

Traditionally, the Babugeri ritual involves groups of men dressed in elaborate costumes and performing traditional rites during New Year’s and before Lent to ward off evil spirits that may otherwise bring ill fortune to a community.

According to scholars, Kukeri games had a ritual component in the past that was carried down from pagan times. People believed that dressing up in frightening costumes and masks and making loud noises with bells and chains would ward off evil spirits and protect their community from terrible occurrences like famine. These kukeri, who wear carved wooden masks with the faces of monsters and birds and enormous copper or bronze bells around their waists, dance and leap in esoteric ceremonies to banish evil spirits.

The origins of these kukeri ceremonies are unknown, but they are undoubtedly pre-Christian. Even though they now include some Christian elements in the celebrations, they are still distinctly one of the many pagan rituals.

– What Is the Purpose of Babugeri in Bulgarian Folk Tradition?

The bells and frightful faces of the costumes are believed to ward off evil, while the dance is thought to invoke fertility. For young men, it also serves as a coming-of-age ritual. Although each region of Bulgaria has its own version of the ceremony, they all basically have the same purpose. They only differ in terms of dialect and location.

Since 1966, a growing number of kukeri have traveled from all across Bulgaria to Pernik, a town just outside of Sofia, to show off their costumes and dances. Because many of the areas where kukeri is performed are difficult to reach, alternate celebrations, such as Surva or Yambol’s midwinter celebration, are held instead. Even though these celebrations are more of a performance than a ceremony, they can demonstrate regional diversity.

Initially, the communists intended for these celebrations to extinguish regional kukeri customs, but the competition aided in the preservation of rural cultures. The Communist government eventually realized the potential of these rites to promote nationalism by the 1970s, and by the 1980s, local government officials were arranging the ceremonies.

– What Are the Babugeri Costumes?

The Babugeri costumes mostly consist of ornate garments made out of goat hair. The costumes cover the majority of the person’s body and contain animal-themed wooden masks and bells tied to the belt. They move rhythmically and the sound of the bells and murmured blessings for prosperity fills the air. Their dance is a beautiful union of rhythm, color, and sound. 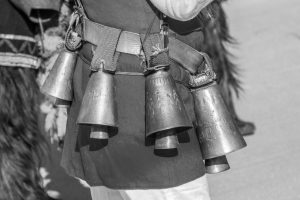 Kukeri outfits vary widely by region, and costumes fashioned from goat hair are common in areas where goats are an important part of the culture.

The famously long hair of Bulgaria’s Kalofer goat is showcased in this costume, that is why it is said that Bulgaria is a rural country with a strange, eccentric post-Soviet appeal.

The Babugeri in Banskoto is known for wearing leather with fur in their costumes and up to one-meter-high leather masks on their heads. The Babugeri wear numerous hefty and highly loud chains around their waists, the sound of which “chases” away bad forces.

According to legend, the mask protects its wearer from impure spirits. It depicts the head of a strange creature; others have gaping jaws, tails, horns, or beaks. There are also intricate feather ornaments that are supported by a wooden frame. Other masks have two sides, which depict a happy face and a frightening expression. They symbolize the coexistence of both good and evil in the world.

History of the Babugeri Ritual

Babugeri, also known as kukeri, survakari, starci, and chaushi, is a Thracian tradition that has been practiced in Bulgaria since the Thracian period. The Thracians are one of the best-documented Indo-European civilizations; they inhabited Bulgaria for more than five millennia.

The name “kuker” was derived from the Latin word “cuculla,” which means hood. Kukeri ceremonies, which date back over 4,000 years ago, are similar to rites done in Romania, Italy, Serbia, and Spain and are held between Christmas and Lent. Men, accompanied by musicians, dress up in costumes that include fantasy masks and belts consisting of large metal bells; they dance in rhythm to ward off evil spirits and welcome the good.

There has been a shift in the practice of the Babugeri tradition in the recent half-century. Traditionally, it was exclusive to young men, but today, women and men of all ages are welcome to participate. This change can be attributed to the changing perspectives on gender roles.

It began when communists destroyed Bulgaria in the 1960s, and it continued when the economy collapsed in 1989, resulting in a major migration of the younger population. This resulted in everyone becoming more involved in kukeri practice, even children, the elderly, and women as they are the only ones remaining.

Usually, the kukeri will begin their work as early as sunrise in the earliest extant descriptions of the rite in those towns and villages with the most faithfully preserved customs. They dance around the village streets to chase off evil spirits and to bring health, happiness, and a prosperous harvest year; they also visit homes, letting themselves inside family homes to conduct blessings.

These “home invasions” can be done in the morning, whereas others do it after dark, according to the story that says kukeri should not be caught by the sun on the road. It takes a lot to terrify evil spirits; therefore, these performers typically spend the entire year creating intricate, scary, and terrifying costumes for this event.

Unlike other parts of the country, kukeri, or “babudzhere” in the Bansko dialect, go out twice on the town streets. It begins in the early hours of the New Year, the town is silent for a short period after the clock strikes one and the crowd has left the town square. The people prepare for the Kukeri carnival, one of its most anticipated holidays. Nonetheless, Kukeri participants assemble in three city areas of Vionovo Blato, Kostey Blata, and Ulevinitsa.

However, On Christmas Day, the Babugeri don’t wear their customary costumes and parade through the streets. They wear a belt with a few hefty chains around their waists, which they use to generate noise as they move about town.

The Kukeri carnival differs from region to region in Bulgaria. They differ in clothes, performances, rituals, and even the dates of the actual celebration. For example, in the west, Kukeri festivities are observed between Christmas and January 6, whereas in the east, the festivities are commonly held during “Sirni Zagovezni” or a day of purification usually observed on the Sunday before Lent.

Survakari, for example, is a rite that occurs around the New Year when sheep and goats are giving birth and involves costumes with animal-like masks over woolen clothes in areas near the Macedonian border where there is ample animal farming. Survakari rites can even resemble a fake wedding, with a symbolic bride and groom going from house to house taking monetary presents in exchange for blessings.

The yearly Surva Festival in Pernik, however, is one area in particular where the entire range of Bulgaria’s kukeri is brought together in one enormous festival of masquerade games. 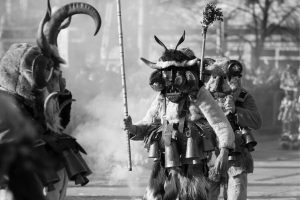 Babugeri is an ancient Bulgarian pagan ritual that has been passed down from generation to generation since the Thracian period.

Below are some of the noteworthy facts about it.

Despite the fact that Bulgaria has been dominated by Christianity, pagan rituals, such as the Babugeri or kukeri ceremonies, are still practiced today as part of their culture. 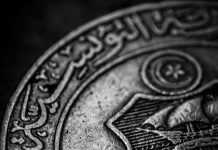 Denarii to USD: How Much Do They Cost Today?