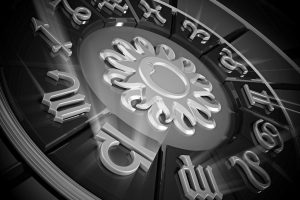 Egyptian astrology combines the characteristics of the gods and goddesses with that of people through the alignment of different stars in the sky at night. The ancient Egyptian civilization is by far the oldest and the most advanced civilization of their time. The Egyptians combined their pantheon of gods and goddesses with their knowledge of stars and gave us the most interesting narrative. In this article, we will show you everything there is to know about Egyptian astrology signs and the Egyptian zodiac wheel inspired by the Egyptian gods.

If you are a Sagittarius, chances are that according to Egyptian astrology you are Hapi, the Egyptian god who was the source of the River Nile. Egyptian culture has a separate astrological belief from the rest of the world. Their system of the zodiac does not contain Aries, Taurus, Libra or Leo; rather, their zodiac signs are inspired by their ancient gods and goddesses. These gods and goddesses are one of a kind and make up the Egyptian religion and their astrological signs and beliefs. There are a total of 12 Egyptian zodiac signs, each named after a famous god or goddess. To understand Egyptian astrology and to find out what Egyptian zodiac you are, we must start from the very beginning.

Humans from ancient times to the present world have always been fascinated with the gleaming dots in the night sky. Astrology and astronomy are two words that are often used hand in hand with each other. But in reality, they are quite different disciplines of study. The word Astro literally means stars or related to stars.

Astronomy is the science of studying and discerning celestial objects and their phenomena. Science uses mathematics, advanced physics and statistics to explain the origin, pathway and evolution of celestial objects. It is mainly concerned with the universe and everything it holds.

Whereas astrology is the science of studying the positions of celestial objects in relation to their effects on human life and its affairs. Some may call this pseudoscience, but astrologists firmly believe that the moons, planets, stars, meteors and the objects in space have a direct relation to how one human acts and reacts in his life here on Earth. Astronomy is a taught subject in universities whereas astrology is taken as more of a personal hobby. It actually does not matter if a discipline is well perceived in society as long as it means something to you and you enjoy doing it. In the world today, astrology has become very popular, with more and more people taking interest in knowing their daily horoscopes.

– Ancient Egyptians and the Stars

The ancient Egyptians were highly religious people and had some core beliefs that governed their everyday life and actions. Among their core beliefs was their reliance in astrology. Surely it was not called astrology back then, but the Egyptian people often looked up at the night sky to find guidance and help from their celestial deities.

As the gods and goddesses were highly praised and worshipped, the Egyptians incorporated their characteristics into their own personalities. The Egyptians saw similarities between some individuals who followed the same god. Also, they believed that when someone dies, they become a star in the night sky, guiding and protecting their family on Earth. With these notions, the Egyptians started combining the characteristics of the gods and goddesses with that of people through the alignment of different stars in the night sky. We can only imagine how they must have done that as the ancient scriptures do not clearly explain the initiation of astrology in the Egyptian culture. They only explain the final form of it. 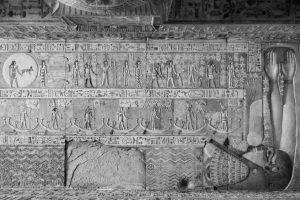 There are 12 Egyptian horoscope signs, and each sign is named after a famous god or goddess of Egyptian mythology. The people are allotted their signs on the basis of their birth date. It is said that the person with their respective sign is a depiction of how the god or the goddess lived in the cosmos. The whole narrative of the Egyptian astrological signs and Egyptian horoscopes is quite fascinating. In this section, we present the Egyptian deities as astrological signs with the respective birth dates, personality traits and planets that are connected to them, as well as the best-suited professions for these signs and a brief explanation of the deities.

Hapi is the god of the River Nile and fertility.

Amun-Ra is one of the strongest Gods and was the chief of all deities in Egyptian mythology.

Mut is the mother goddess of Egypt.

Geb is the god of Earth.

Osiris is the god of the underworld, death and resurrection.

Isis is the goddess of the moon, life and magic.

Thoth is the god of the moon, writing and learning.

Anubis is the god of the dead.

Seth is the god of war and chaos.

Bastet is the goddess of domesticity and fertility.

Sekhmet is the goddess of war and the destroyer of the enemies of the sun god Ra.

If you want to compare the Egyptian birth signs with the western zodiac of the rest of the world, here is a comprehensive chart:

In ancient times, people believed and followed the stars and their positions religiously. They believed that the stars guided them towards success and also prosperity, but this was during olden times. As the times changed, the concept of astrology and its effect on people’s lives also evolved. In today’s time, people do believe in astrology, but not as rigidly as in the distant past. Surely there are still some people that do everything according to the stars and their projections, but now the concept is somewhat divided. For some avid followers, the zodiacs and astrology are the most sacred phenomena to be studied, while others see it as something to pass the time.

It is apparent that astrology paved the way for predictive analysis and the science behind it. However, scientists largely do not believe in astrology, and the concept or belief in astrology is highly subjective. One of the arguments that astrologers put forward in their defense is that astronomy also uses laws of physics and mathematics, so the predictive readings about one’s life and behaviors are somehow an extension of physics and mathematics of the celestial bodies. After hearing both sides of the equation, it is now up to you to decide on what to believe in. 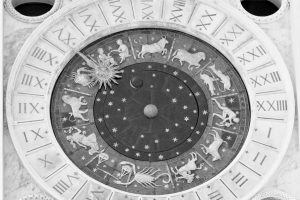 Egyptian Astrology is surely a very interesting phenomenon, and the stories behind the signs and their creations are intriguing. Here are some of the most important points we gathered from the article above:

We have presented you with everything there is to know about the Egyptian zodiac, so is your sign Osiris or are you a Horus? 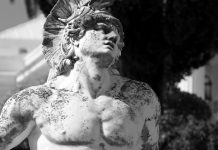