Badb, goddess of war and death in Celtic mythology, can shape-shift into a crow. 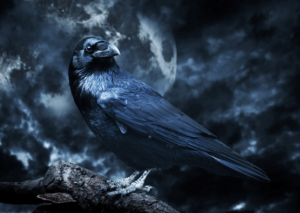 She was a frightening character with the face of a crone and the ability to strike fear and chaos into the world. She often got involved in important battles to tip them in her favor along with her sisters.

Read this article to find out how she helped the gods win Ireland in battle with her magical abilities.

Who Is Badb in Celtic Mythology?

Badb is a crone figure, not unlike the Cailleach, in Celtic mythology. Even so, she sometimes would appear as a young woman. Her name is the Old Irish word for crow, and another one of her titles is Badb Catha which means “Battle Crow.” The name could have come from crows feasting on bodies on the battlefield after a struggle.

Badb was often said to be one of three, part of a triple goddess called the Morrígan or Morrígna. These women were all war goddesses, and they would travel to the battlefield in times of war to help the side they favored. They used fear, confusion, and chaos to assist them as well as their powers of prophecy. All three of these goddesses had ravens and crows as their symbols.

Badb might even have sometimes taken the form of a crow to do her work. While she is often seen as a fearsome character, she sometimes did help the “good” side. In addition, her prophecies were not always bad, even though she often did foretell death.

In myths, she most often appeared alongside her sisters, and her most famous story has to do with the battle for control of the Emerald Isle.

The Battle Crow and Her Family

Badb was a unique and powerful triple goddess in mythology. She and her sisters would wield their power together.

There are some variations on who this group of sisters is, but the various names often mixed and matched in the myths are:

Because of time and multiple myths, there is a lot of confusion about which sister is which and what their powers are, as well as who is part of the triple goddess.

Badb’s mother was named Ernmas, and she was like a mother goddess and goddess of agriculture. Her father was supposedly a druid named Cailitin.

She was married to Neit, a god of war. The marriage included her sisters as well. She was also linked in marriage to the Dagda as well as the Fomorian king Tethra.

Myths of the Badb 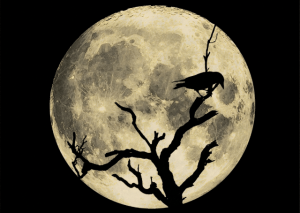 Badb’s stories were connected with her sisters. As a character, she most often appeared in the folklore titles “Cath Maige Tuired” and “Togail Bruidne Dá Derga.”

Her most famous story is about the Battle of Moytura to capture Ireland for the gods of the Tuatha dé Danann, the Celtic pantheon.

– Struggle for the Emerald Isle

After the gods came to Ireland, they wanted to take back the island from the people already living there. In different parts of Ireland were two groups of people: the Firbolg and the Fomorians. In the First Battle of Moytura, the Tuatha dé Danann fought first against the Firbolg. Badb and her sisters came to help them.

During the battle, they made a mist rise over the land, terrifying the Firbolg as well as confusing them. The Tuatha dé Danann were able to land themselves a first victory. There was still another group left: the Fomorians. Before the next battle began, the Dagda met with the group of sisters to get a prophecy out of them.

They said that the Tuatha dé Danann would be victorious. So the Dagda could go into the battle with confidence.

Once the battle between the gods and the Fomorians, Badb and her sisters got involved again. The sisters created confusion once more. They screamed scary and horrible prophecies at the Fomorians. The Fomorians moved back until they ended in the sea.

The Tuatha dé Danann won again with the help of the powerful war goddesses. After the battle, Badb made another prophecy about the future of Ireland and the end of the world. She was correct about the victory of the Tuatha dé Danann. So it’s likely that her next prophecies were also true.

– Badb and Her Cauldron

Badb’s name does mean crow, but it might also be translated as “the one who boils.” In some myths, she has a cauldron in the Otherworld that she tends to. In a scarier version, Badb and one of her sisters would turn into crows and eat the dead on the battlefield. Then, they would carry these dead to the Otherworld, where they would offer the souls an option.

In Celtic mythology, they believed in rebirth and that you could return to earth as a human or an animal.

– Badb and a Prophecy

Badb had the ability to foretell the future and make prophecies. Unfortunately, most often, her prophecies were about death, so she was considered a death-bringer goddess. In one case, Badb prophesied the death of a war hero and king named Cormac. During a certain battle against the Connachta, Cormac and his men needed a place to rest.

So they found a hostel to stay in, which was owned by a man named Da Choca. While they were there, they saw an old woman washing bloodied clothes in the nearby river. When they asked her what she was doing, she said that she was cleaning the clothes of a king who was soon to die.

Even later, she appeared to them again, wearing red and having white hair inside the hostel.
It was a horrible, scary sight, and she struck fear into the hearts of Cormac’s men. That very night, the Connachta came to the hostel and killed Cormac. Thus, her prophetic words were fulfilled.

– Badb and Other Connections

It isn’t the first time a character like Badb has appeared in mythology. There are similarities between her and:

This character appears in: 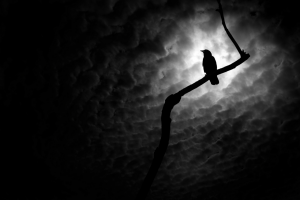 Badb was a crone figure with many powers. She played her role with her sisters often during times of war.

Take a look at the list of main points about Badb covered in this article:

Out of her sisters, Badb was the crone figure while her other sisters were younger-looking, and her age and wisdom were her strengths. She could also shape-shift, and many times in myths, she appeared as a crow with a terrifying cry.

She had so many abilities and powers, and it was interesting that she used much of her strength to turn the tide of important battles. Once again, in pagan mythology, women are playing key roles in politics and world changes.