Neit: The Celtic God of War

Neit, god of war, was a little-known god in Celtic and Irish mythology, but that doesn’t mean he had less than an essential role in the mythological story of the country. 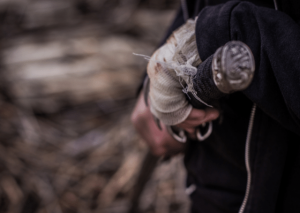 He has no clear birth origin, but he was a powerful god and a part of the Tuatha Dé Danann, the pantheon of gods in Irish mythology. They were also the last race of supernaturals that came to Ireland, and this article will explain how he joined the gods in the battle for control of it.

Read the article to find out how he joined even though he had blood links to the other side and how he lost his life in the process.

Who Is Neit in Celtic Mythology?

Neit, sometimes written as (Néit, Nét, or Neith), was a war god in Celtic mythology, and not only that, but he was also related by blood to the Fomorians. This was the giant race that was already on the Emerald Isle when the gods arrived from the mystical western lands.

Despite his link to this race, he joined forces with the Tuatha Dé Danann to fight for control of the island. That could be because he believed that the Irish gods had a right to settle on the land, and the race of his family members did not.

His name came from the Proto-Celtic word “neit-t,” which means fighting or passion, and his name is very appropriate since his realm was fighting, war, death, and danger. He was a very powerful god, yet sadly, many of his stories are lost to history.

We know that his wives were Nemain and Badb and perhaps even Fea, and she might have been a triple goddess with all these three names. However, there is also mention that Badb was one of a triple goddess of death and prophecy, called the Morrigan.

He was also the uncle of the Dagda, the chief god of Tuatha Dé Danann, and the great uncle of Brigid, “The Exalted One.”

He had a son named Delbáeth. Neit was also known as:

Because of his connection to all people, he was respected by the Tuatha Dé Danann, the Firbolg, and the Fomorians. He was a god that also moved through cultures and was known by many of that region, and so he was viewed as a god of war under many names.

Attributes of Neit, the Celtic God of War

This god of war was dangerous, and he was also considered an evil Celtic god, but he cared for his family. His nephew, the Dagda, gave his uncle a sort of shed or storehouse called Ailech Imchell. But Neit allowed Dagda to use this as a burial ground for Dagda’s son Aed when he died. He had both a hard and a soft side, but his hard side would be seen in the battle that was to come.

On the eve of this battle, he had to make a tough decision whether he would join the Tuatha Dé Danann or fight alongside the members of his blood kin who were part of the Fomorian race. It was a decision that cost him his life but also proved the more sensible one, as it brought victory to the Tuatha Dé Danann.

Neit’s mythology available to us is rather limited, but we do know about the famous Second Battle of Moytura. According to myth, the first people to live in Ireland were the Fomorians, a giant race. They were left in peace to hunt and gather as they pleased until Nemed and his small group of followers invaded. However, the Fomorians were too strong, and they killed most of them, leaving only 30 alive.

The Fomorians were still in power despite the leftovers from Nemed’s group. Then, the next group to arrive and settle there was the Firbolg. These groups never met because of their locations, and so they never had a chance to fight.

After a long while, the next to arrive on the Emerald Isle were the descendants of Nemed: the Tuatha Dé Danann.

– The Leadup to the Fearsome Battle 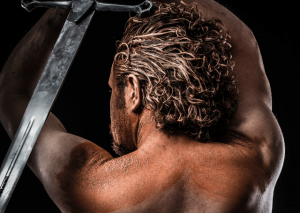 Despite the differing myths of this period, the Tuatha Dé Danann were the official gods of the Irish people. Neit joined them, even though he was the grandfather of Balor of the Evil Eye, a Fomorian.

When the Tuatha Dé Danann came to Ireland, they first fought the group of the Firbolg, and they defeated them. After that, it was only the Fomorians left on the island to defeat, and so they became enemies, even though some people may have intermarried with this group.

This was a long-standing struggle between these two groups, hence the name second battle. This fight was the defining end to this conflict. The Tuatha Dé Danann were oppressed by the Fomorians for so long. Now was their chance to finally get a claim on the land they had learned to call their own.

During this time of oppression, the Tuatha Dé Danann was ruled by Brs, who was loyal to the Fomorians. He was the husband of Brigid, daughter of the Dagda. When the kingship changed hands, Bres begged his father for help to fight against the Tuatha Dé Danann.

However, his father refused (who was also related to Neit). But Balor of the Evil Eye, Neit’s grandson, agreed to take over the army in battle.

– Neit and His End

Together, these groups met at Mag Tuired or Moytura. It was a fearsome and bloody battle, with both sides claiming their rights to the Emerald Isle.

In the end, however, the Tuatha Dé Danann won, despite the price they had to pay with many lives. The Dagda fell, as did his nephew, and Neit eventually fell as well. It seems strange that the god of war fell despite the victory of the battle.

Yet, it proclaimed the future of the Tuatha Dé Danann in Ireland. He left behind his wives and his children, and they carried their people into the future.

– Neit and Other Cultures

Neit is similar to other war gods in other cultures. He appeared under various names throughout the Celtic world, such as Neto and Taranis. He was also known to the Romans on the Iberian Peninsula as Mars Neto, a variation and mixture of their own god of war, Mars, and their god of the sun, Apollo.

However, he is the embodiment of the Irish people in their victory, as well as the feeling of passion, desire for power, and war. 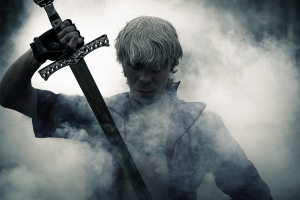 Neit was one of the more powerful gods of the Irish pantheon, and his very name means both fighting and passion.

Here are the main points we covered in the article above:

These mythical stories could have been written to describe the various groups that historically fought over this land, but even so, Neit’s role in the victory is his legacy. He switched sides and fought bravely, but he still lost his life in the battle, yet this victory was the turning point for the Tuatha Dé Danann in Irish history.